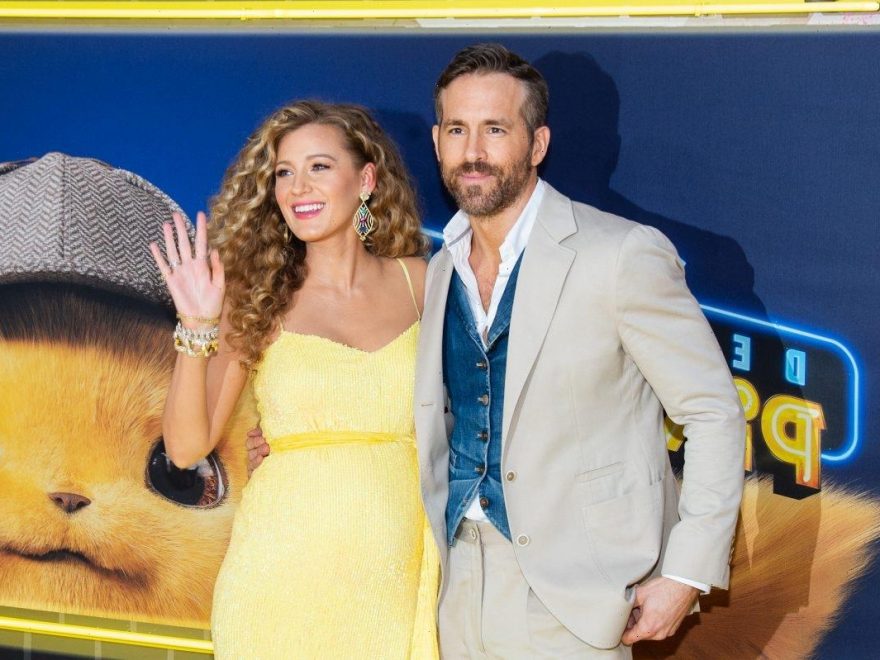 Ryan Reynolds is on a mission to put a stop to his daughter’s “Baby Shark” obsession.

In a recent post shared to his Instagram, the father of three revealed his plan to “fix” his 1-year-old daughter Betty’s love of the fish-themed children’s tune — and it’s one that involves a movie his wife, Blake Lively, starred in a few years back.

It appears Reynolds and Lively have joined the club of parents who are over their kids listening to “Baby Shark” on a continuous loop.

In a post shared to his Instagram on Apr. 25, the Deadpool actor joke about how much his one-year-old daughter, Betty, loves the children’s tune. Not only did he reveal that she listens to it constantly, but Reynolds also shared his plans for how he might possibly put an end to his little girl’s love of the viral song.

While poking fun at his wife in the process, Reynolds hilariously joked that he plans to “fix” his daughter’s obsession with the help of Lively’s 2016 survival horror film The Shallows.

“My one year old daughter is obsessed with Baby Shark. All day. Every day. There’s only one way to fix this,” he captioned the post, referring to the movie snapshots he shared.

After Reynolds uploaded the post to his feed, Lively responded with a funny comment of her own.

Ryan Reynolds and Blake Lively are constantly trolling each other online

Poking fun at each other online is nothing new for Reynolds and Lively. The couple has spent years taking hilarious jabs at one another on social media.

Recently, Lively took a playful swipe at her husband of eight years while wishing model Gigi Hadid a happy birthday.

In addition to sharing a throwback photo of herself sitting in between Reynolds and Hadid at a Taylor Swift concert on her Instagram Stories, the actor wrote (per Marie Claire), “Happy birthday @gigihadid…I think you and I make a much better couple.”

Before that, the pair trolled each other while getting their COVID-19 vaccines in March 2021. According to E! News, the Just Friends actor took to his Instagram Stories to ask fans who looked better in the beanie he was wearing, him or his wife, who wore the same hat while filming her 2020 movie The Rhythm Section.

Lively later took a subtle dig at her husband by sharing a photo of herself getting vaccinated and writing, “Find you someone who looks at you like I look at the heroic nurse vaccinating me.”

If their social media activity is any indication, Lively and Reynolds have an enviable relationship, and thanks to their lighthearted sense of humor, their marriage continues to thrive.