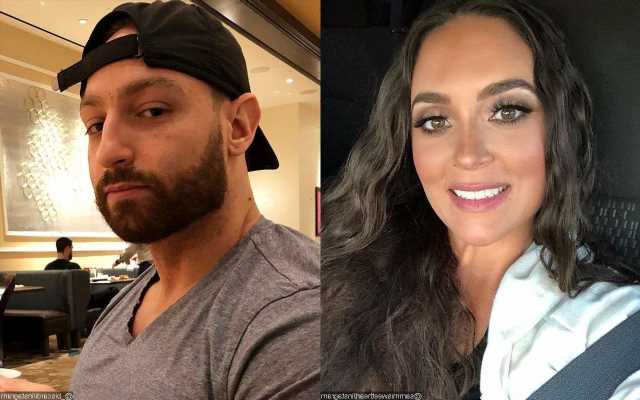 The ‘Jersey Shore’ alum and Christian Biscardi reportedly have called off their engagement since they were caught unfollowing each other on social media.

AceShowbiz –Sammi “Sweetheart” Giancola continued to add fuel to split rumors with her fiance. The “Jersey Shore” alum, who had reportedly called off her engagement to Christian Biscardi, was seen without her engagement ring in her recent social media post.

On Wednesday, June 2, the 34-year-old reality star shared on Instagram a video of herself applying the Get Into The Limelight self-tanner. Fans, however, were quick to notice that there’s something missing on her ring finger.

One of her followers lamented in the comment section, “No ring … I feel bad if they did break up, hopefully they will work things out and get back together.” Another individual echoed, “Oh no … no ring. it’s true.” A third, meanwhile, asked her, “Are you not engaged anymore?”

Sammi and Christian were hit with breakup speculations after they were caught unfollowing each other on Instagram. The two of them also appeared to have deleted all photos of one another from the past two years.

As for the TV personality, she changed her YouTube account “Sam and Christian TV” to her own name Sammi Sweetheart. She, however, hasn’t deleted a December 2020 video entitled “Sammi’s Favorite Holiday Traditions”, which features several images of her and her then-beau.

Sammi and Christian got engaged in March 2019 after dating for about two years. She shared the happy news on Instagram by unveiling one photo from the proposal. “I’m completely overwhelmed with happiness. Yesterday was the best day of my life! I get to marry my other half, best friend and soulmate. I look forward to spending the rest of my life with you @_biscardi I love you!! #Fiance #MrsBiscardi #Stillcryingtearsofhappiness,” so read the caption.

Before being an item with Christian, Sammi was dating her former “Jersey Shore” co-star Ronnie Ortiz-Magro on-and-off. The duo called it quits in 2014 as Ronnie confirmed to Us Weekly, “Me and Sammi aren’t together anymore… We just grew our separate ways.”