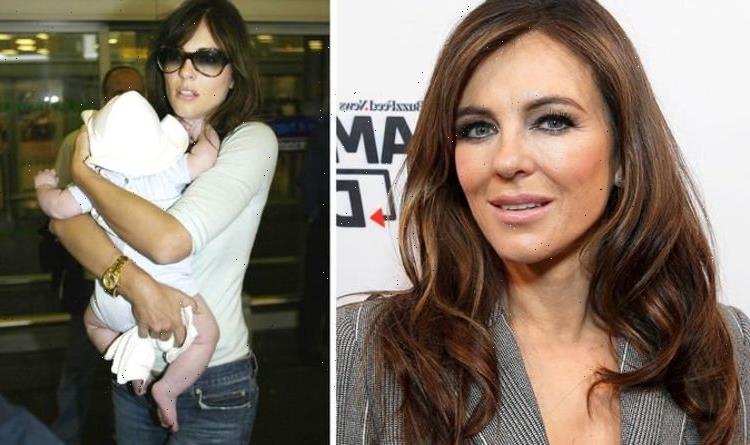 Elizabeth Hurley has revealed that she did not want to leave her home when she first became a mother, almost two decades ago. The 56-year-old model and actress would only go out in order to fulfil work commitments.

The mum-of-one has since admitted she felt “scared” and “vulnerable” at the time.

Liz, who found fame in the early 1990s when she was dating Hugh Grant, gave birth to son Damian in 2002.

His father, late American businessman Steve Bing, initially denied paternity, until a DNA test confirmed that he was in fact Damian’s dad.

Liz opened up about those difficult early years in a new interview.

“I didn’t leave the house unless I was being paid to do so,” she told Sunday Times Style.

“I couldn’t bear people listening to me, staring at me, watching me.”

“I felt vulnerable and scared the entire time,” the actress added.

When Damian, now 19, was at school, Liz felt more comfortable going out and about but still had her limitations.

She told the publication that her ex was surprised when he saw her go to the shops for a coffee for the very first time.

She proudly told her ex partner that she was even able to head to her local Waitrose.

However there are some places, including the Kings Road branch of the store, that she couldn’t enter as the thought of it would make her sweat.

Fans of the Austin Powers actress may be surprised to learn of her apprehension to go out giving her online persona.

The star boasts 2.1 million followers on Instagram and regularly delights them with pictures of herself.

The swimwear designer is often seen in a bikini, advertising her own creations and has even stripped off completely in the past.

Liz and her son have a very close relationship and often attend fashion events together.

Last month they flew to Milan for a Versace and Fendi collaboration.

Despite having “a blast” at the bash, Liz has said that she would be quite happy staying at home for the rest of her life.

Lockdown taught her to slow down, appreciate her life and find herself again.