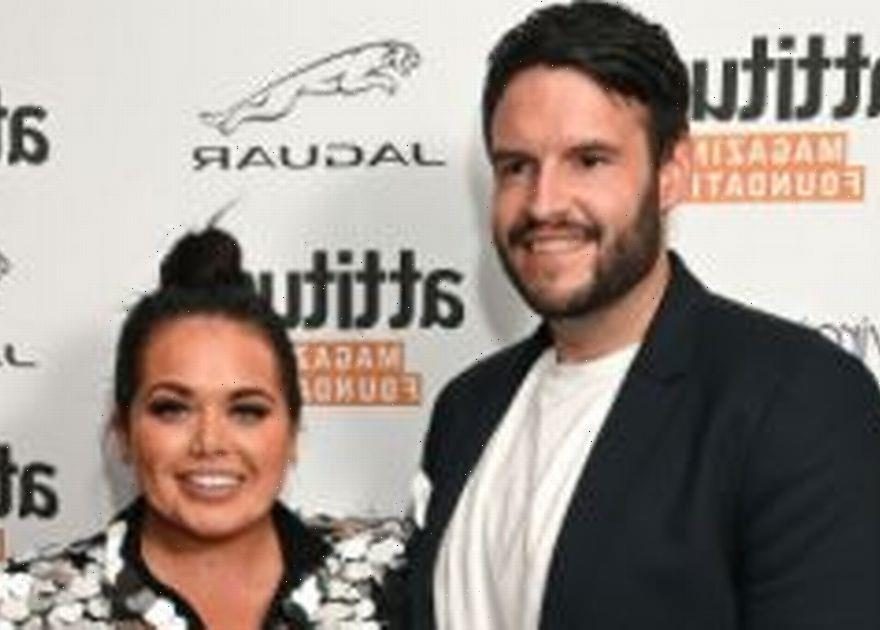 Scarlett Moffatt looked very much smitten as she attended the Attitude Awards in London on Wednesday evening with her boyfriend, Scott Dobinson.

The striking dress perfectly showed off her bronzed physique as she posed up a storm alongside her other half in a pair of towering neon pink heels.

Looking absolutely sensational, Scarlett completed her look with a glamorous coat of sultry make-up, styling her locks into a chic topknot while toting her belongings in a pink handbag.

While Scarlett opted for a head-turning look, Scott kept things casually cool in a navy blazer and a white top complete with black trousers and Converse trainers.

The pair are so in love that earlier this year, Scarlett revealed she wants to marry Scott in Las Vegas once he pops the question.

The television star spoke about their plans on her and Scott's podcast Scarlett Moffatt Wants to Believe.

Scarlett explained: "I'm not actually engaged yet, but I assume he's going to do it at some point."

The couple moved into their dream home together in February, but just weeks later, the couple had calls it quits.

Explaining the reason behind their split, the presenter blamed the stress of moving house for putting them under pressure.

The pair have since jetted off on holiday, with Scarlett revealing her previous lack of confidence with a stunning bikini snap.

"I'm actually crying whilst writing this. It took me so many years to gain confidence with my body," she wrote in the Instagram caption.

The star revealed there were times she avoided going out or taking holidays altogether because of her unhappiness with how her body looked.

"I've let it down at times," she added. "But hey, after 5 years of not daring to wear a bikini, I'm actually doing it!"

What began as a heartbreaking message ended on an uplifting note of body positivity, as Scarlett encouraged followers to embrace their individual figures and "live your best life".