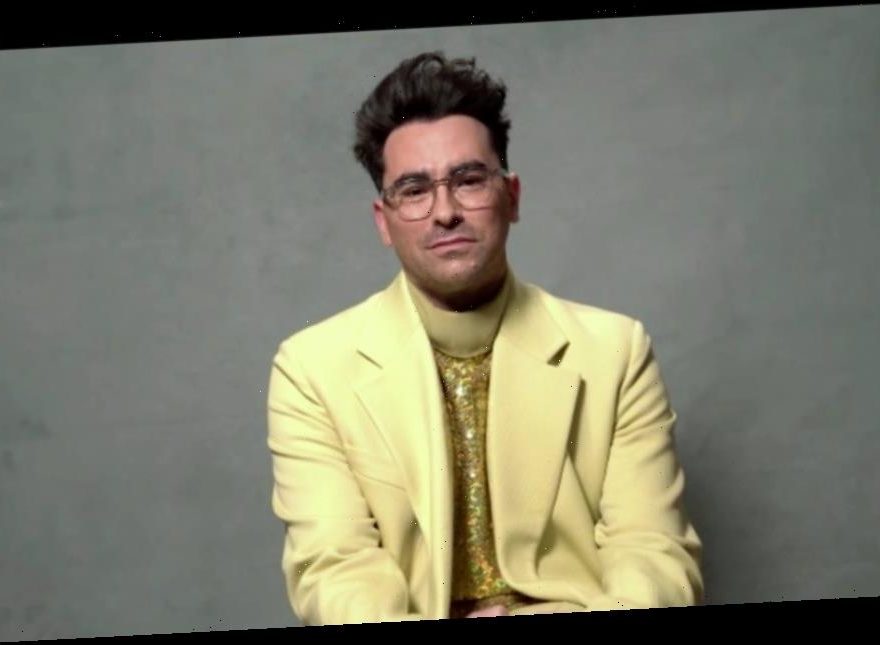 Schitt’s Creek creator Dan Levy is coming off a Golden Globes win for his popular TV show and is in the process of working on new projects.

Shortly before saying goodbye to David Rose and Schitt’s Creek, he signed a three-year deal with ABC. Though his career is on an upward trajectory, Levy sometimes takes moments to reflect on the early days of his journey. One of those moments involves living abroad and finding a random sex toy in his new apartment.

Dan Levy used to work as an intern in London

Before becoming the multi-hyphenate associated with Schitt’s Creek, Dan Levy did not have too many entertainment-related credits to his name. As a teen, he worked at Gap Kids and a series of other odd jobs.

He went to college to study film production, and after leaving school, he was ready for a change of scenery. Levy decided to move to London and work as an intern for a talent agency.

In a 2019 interview with GQ, he described his gig answering phones as “hell.” “As someone who could barely talk to my friends, let alone a perfect stranger,” he said, “it was hell.”

British singer Jessie Ware recently welcomed Levy to her podcast, Table Manners with Jessie Ware where he discussed Schitt’s Creek, life, and his career. He recalled living in London for six months or so following the end of college and a tumultuous relationship back home.

Levy expressed how much he loved England and told Ware about his time working at the ICM agency in London. But his story about his living situation proved to be quite interesting.

He wowed his hosts when he revealed he used to live on Charlotte Street but couldn’t remember how he found his flat without using the internet.

Levy said it was a tiny place above a restaurant and at the time, he knew nothing about the city. He lucked out when he “stuck a pin on a map” and unknowingly selected an apartment close to his job.

“Everything was going great until I found out there was a story about these tenants that lived in my apartment before me,” said Levy. “I’m going to avoid the gritty details of the story but when I first got there and started to clean out my apartment, I found a sex toy in the bedding — on the bed.”

He added there was a story about a “mother-daughter situation” involving a a brothel business.

“That was kind of my first introduction to London, discovering that I was in the former place of an incredibly sort of — I don’t want to say it was successful because I don’t know. I much appreciate their hustle. I just didn’t need to see the leftovers of the business they were running,” Levy said while laughing.

He expressed how much he enjoyed his time in the country and still loves it there. In fact, Levy shared that he dates a lot when in England versus in America and it’s one of the many reasons he wants to return. Levy and Ware joked it’d be a rom-com in the making.