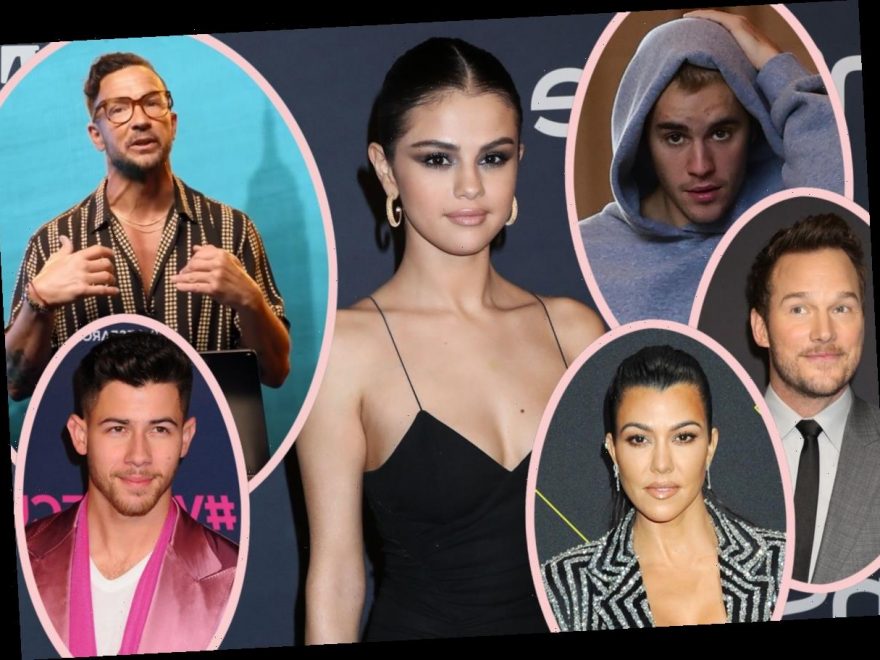 Well, it looks like at least one celebrity is putting their tithing money where their mouth is.

You’ve probably heard over the past few weeks about the s*x scandal plaguing Hillsong Church. The Christian organization rose to prominence in recent years thanks to their hip, tattooed, casually dressed pastors who brought in the coolest flock of celebs, most notably Justin Bieber and his posse.

But last month, their poster boy (and spiritual advisor to the Biebs) Carl Lentz was fired for “moral failures” — that turned out to be cheating on his wife. His mistress went public and everything, telling a story of what sounded to us not like a man who committed a one-time dalliance but like a smooth operator who completely misrepresented himself in order to sleep with other women.

Well, that assessment turned out to be supported by more accusations which came to light over the next few weeks. It turns out church members had complained about multiple elders, including Lentz, who had used their positions to cross boundaries with young women. And it looks like the church learned about it years ago and covered it up! Gross.

You’d think all these celebrities would be running for the hills away from all this, but so far only only one has left the organization: Selena Gomez.

According to a report this week from The Daily Telegraph, the Come And Get It singer, who was publicly very supportive of the church and would even speak at events, became “bitterly disillusioned” by all this. Insiders claim she used to be close with Lentz AND founder Brian Houston:

“At one stage she adored Carl … she, Brian, his daughter Laura and Justin were a team, really close, she used to hang out with Brian’s daughter-in-law Esther, now she doesn’t want anything to do with Hillsong anymore.“

Insiders say Gomez still “considers herself a Christian” but “doesn’t identify with Hillsong any longer.”

“She says she has a close relationship with God, and she believes this is not how God wants us to operate, she’s disillusioned.”

Well, at least someone is.

The latest misconduct scandal is all on top of Hillsong’s previous controversy, their history of homophobia. Essentially the church previously embraced conversion therapy, and the official position of its founder, Selly’s old pal Brian Houston, is firmly anti-gay, as he wrote to his followers in 2015:

“Hillsong Church welcomes ALL people but does not affirm all lifestyles. Put clearly, we do not affirm a gay lifestyle and because of this we do not knowingly have actively gay people in positions of leadership, either paid or unpaid.”

Wow, such familiar nonsense. If you don’t accept that someone is gay, you aren’t accepting who they are! It’s not their “lifestyle” you are rejecting, it’s their existence!

(We should note, many churches share a not too dissimilar history of homophobia and still feel this way about the LGBT community, not just Hillsong. Frankly, as far as we’re concerned, it’s a common enough feature of organized Christianity that the burden is on any church organization AND member to say if their position is otherwise.)

So the question is, why haven’t other celebrities come out strongly against Hillsong after all this? Why aren’t more stars saying THIS ISN’T OK??

Chris Pratt has become the celeb face of the church for some reason. He’s widely considered to be full-on homophobic himself based on his association with the church, despite never having said anything to that effect publicly. We’re guessing it’s because after a talk about religion with Stephen Colbert, the Jurassic World star got called out for his church’s anti-LGBT stance by Elliot Page last year:

At least Pratt has answered the accusation of homophobia, posting on Instagram Story in response to Page’s flagging of his church’s history. He said his church “opens their doors to absolutely everyone” and was welcoming “regardless of se*ual orientation, race, or gender.” He also went a step further and cleared up his own values, writing:

“My faith is important to me, but no church defines me or my life, and I am not a spokesperson for any church or any group of people. My values define who I am. We need less hate in this world, not more. I am a man who believes that everyone is entitled to love who they want free from the judgment of their fellow man.”

That may not be a sufficient answer for many, but at least it’s a response.

Our question is, why are the other celebs associated with the church getting a free pass?

Oh, and Nick Jonas, Hailee Steinfeld… even freakin’ Bono has been associated with Hillsong!

Why aren’t any of them being asked about homophobia — and now mistreatment of young women to boot?? Everyone other than Selena needs to take a serious accounting and speak up!