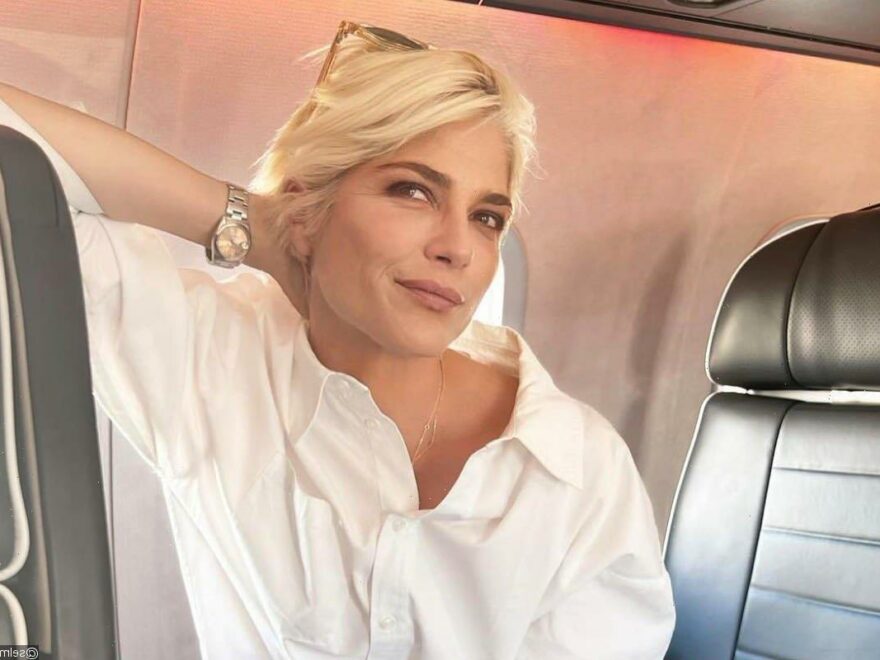 The 50-year-old ‘Cruel Intentions’ actress previously got restraining orders her ex-boyfriend Ronald Carlson, whom she dated for around seven years, after he allegedly attacked her on February 25.

AceShowbiz –Selma Blair‘s restraining order against her ex-boyfriend has been extended. After filing for a protective order on February 25, the 50-year-old actress alleged her ex Ronald Carlson attacked her on February 22 and now the restrictions will stay in place until at least 10 September, on the request of her former partner.

The “Cruel Intentions” star, who dated Ronald for around seven years, was granted a temporary order after claiming Ronald had attacked her and attempted to strangle her. Meanwhile, Ronald also applied for a restraining order against Selma, accusing her of attacking him.

There was supposed to be a court hearing in Los Angeles Superior Court on 12 July, but it was postponed because the criminal case against Ronald is still under review. According to documents obtained by RadarOnline.com, Donald made a request which stated, “I request that the hearing on my request for a restraining order be set for after September 10, 2022. Both parties have agreed.”

The judge signed off and both temporary restraining orders will remain in place until at least the requested date.

Selma previously alleged Ronald – who she dated for around seven years – had lashed out when he came to her house to return a television, minutes after she’d finished a multiple sclerosis treatment, which left her feeling weak. She alleged that he then verbally attacked her, calling her “useless” and saying, “I don’t f**king deserve this, I can do so much better than you.”

The actress claimed the court documents that he then “became enraged” and jumped “on top of her body while she lying prone on the sofa.” She alleged that he “strangled her, throttling her and shaking her head and shoulders aggressively.”

She said that in self-defence, she put her fingers in his eyes and mouth while shouting to her housekeeper – who was upstairs – for help, but he allegedly covered her mouth and pushed her face “down into the coach.”

Selmai additionaly claimed she then lost consciousness briefly before another struggle which allegedly saw him slap her and push the side of her head and onto the floor, when her nose started to bleed. It’s said he left and she then called the Los Angeles Police Department. She passed out and was taken to hospital in an ambulance, while Carlson was arrested that evening for alleged domestic violence with corporal injuries.

However, Ronald claimed his former partner had lost her cool after he refused to sit next to her and began screaming at him, calling his daughter a “f**king loser” before hitting him in the face. He also told the court, “Selma regularly has outbursts where she will become very angry and either yell and scream or physically attack me. Selma is on various medications, including treatments for her multiple sclerosis. I have witnessed her take medication and witnessed her mood changes because of the medication she takes.”

“I have also witnessed her consume cannabis beverages and smoke marijuana. Selma has experienced significant mood swings depending on the medications she is taking or when she consumes cannabis or marijuana,” he added.