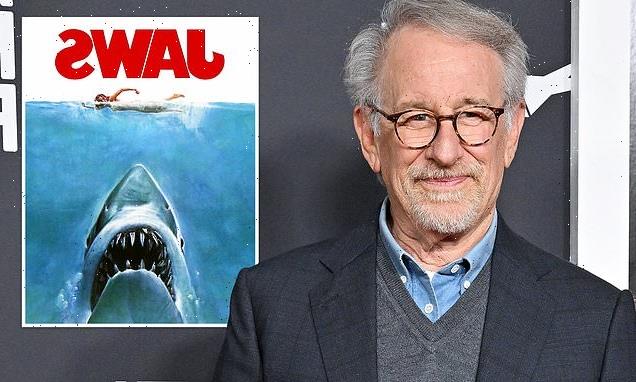 Steven Spielberg, 75, says he ‘truly regrets’ the decimation of the shark population due in part to his 1975 film Jaws: ‘I fear the sharks are somehow mad at me’

Steven Spielberg said he ‘truly regrets’ the ‘decimation of the shark population’ following the success of his 1975 film Jaws.

He joined Lauren Laverne on BBC Radio 4’s Desert Island Discs to discuss his successful directing career, including his latest project — a semi-autobiographical film The Fabelmans.

Spielberg, 75, is known for Hollywood blockbusters including ET, Indiana Jones and Jurassic Park. 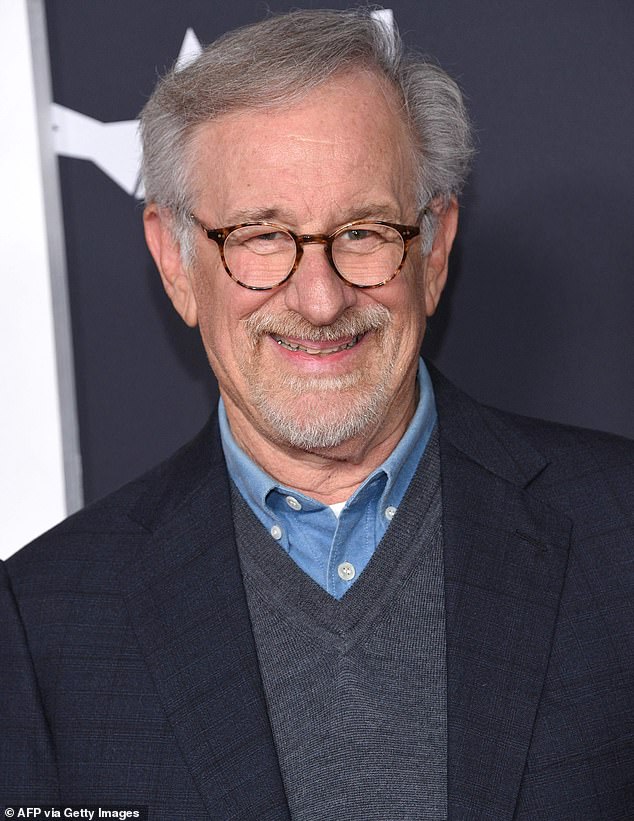 Shark bait: Steven Spielberg said he regrets the ‘decimation of the shark population’ after his 1975 blockbuster film Jaws came out; seen last week in Hollywood 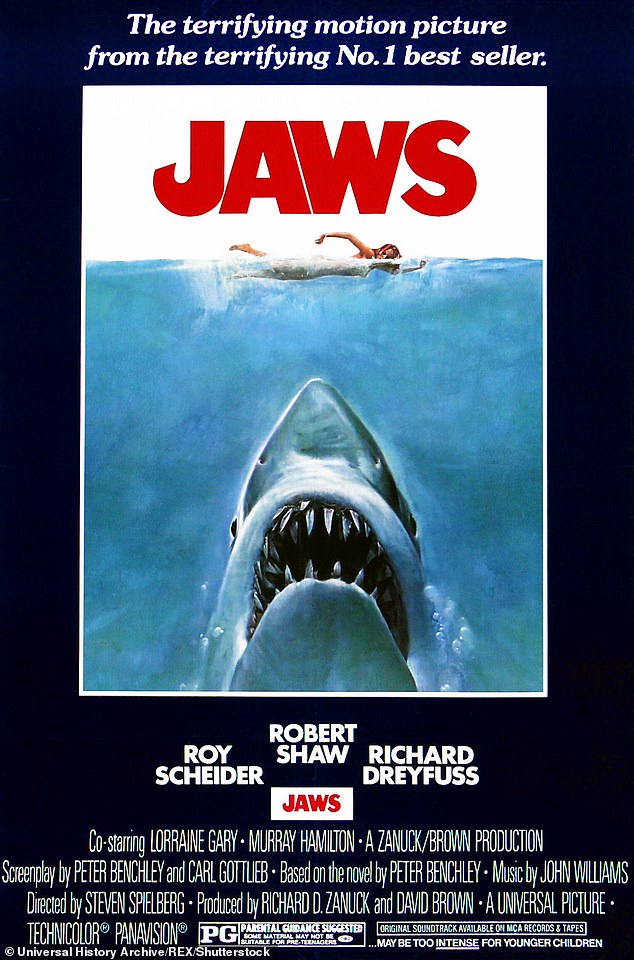 The 1975 Oscar-winning thriller told the story of a man-eating great white shark that attacks a US seaside town, which prompted a rise in sports fishing across America.

Asked by Laverne how he felt about having real sharks circling his desert island, he said: ‘That’s one of the things I still fear.

‘Not to get eaten by a shark, but that sharks are somehow mad at me for the feeding frenzy of crazy sports fishermen that happened after 1975.’

He added: ‘I truly and to this day regret the decimation of the shark population because of the book and the film. I really, truly regret that.’ 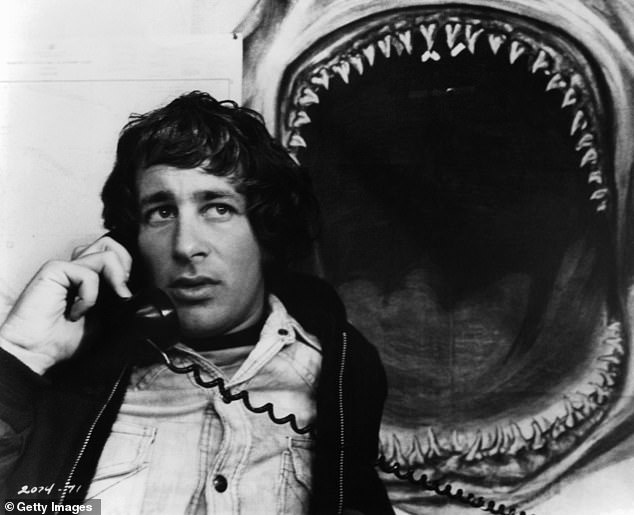 A grudge: Spielberg admitted that he thinks the sharks are somehow mad at him for the film; a young Spielberg on the set of Jaws 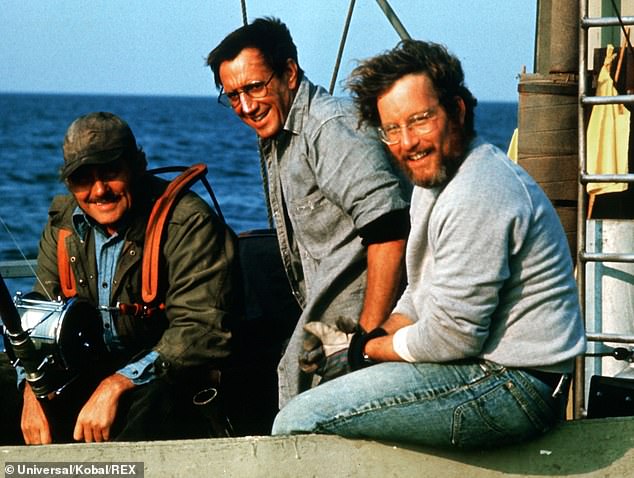 Shark hunting: The film created a frenzy around shark hunting and resulted in the killings of many sharks; seen here (L to R) Robert Shaw, Roy Scheider and Richard Dreyfuss

Spielberg’s latest film The Fabelmans tells the mostly true story of his own childhood and introduction to filmmaking in post-war America.

Discussing the making of the film, Spielberg admitted he had initially thought the project would be the ‘most self indulgent thing I’ve ever asked people to accompany me through.’ 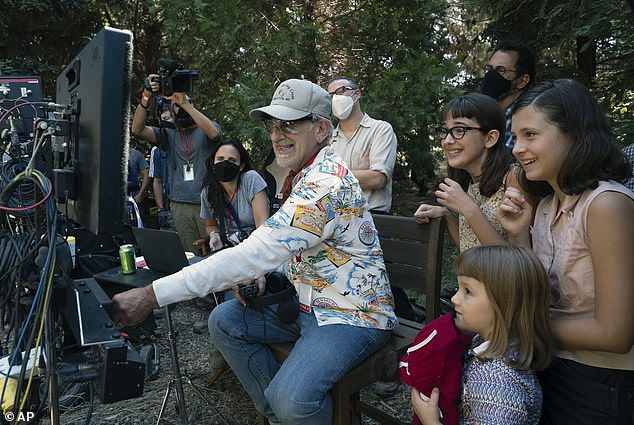 His story: The 75-year-old recently wrote and directed a semi-autobiographical filmed called The Fabelmans

Describing it as ’40 million dollars of therapy,’ he said: ‘I didn’t know really what I was doing, except I was answering a need I had.

‘Being an orphan, or recently orphaned by the loss of both parents, to recapture some of those memories in some way that wouldn’t seem too indulgent to actors I really respected.

‘So it was a tight rope for a while.’

Asked by Laverne if he had become emotional while filming, he replied: ‘Yes, I did. I did. Oh, my God, I did. 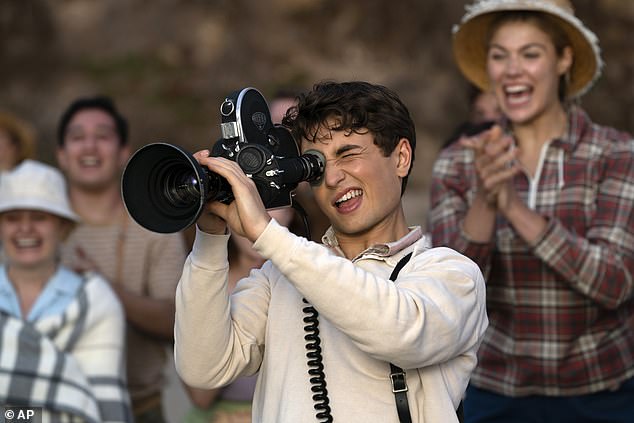 Getting emotional: He said it was hard for him to not get emotional when working on the film and there were times when it was just out of his control

‘Probably the biggest struggle I had making the film was not to get emotional. But there were times where it just it was out of my control.’

He said that the project had sent his fear levels ‘through the roof.’

‘I’m a private person that’s going public about it and I can’t hide behind somebody else’s authorship or a book or a genre or American history,’ he said.

‘I can’t get into any of those really convenient bomb shelters and be just stuck with myself, right here talking to you.’ 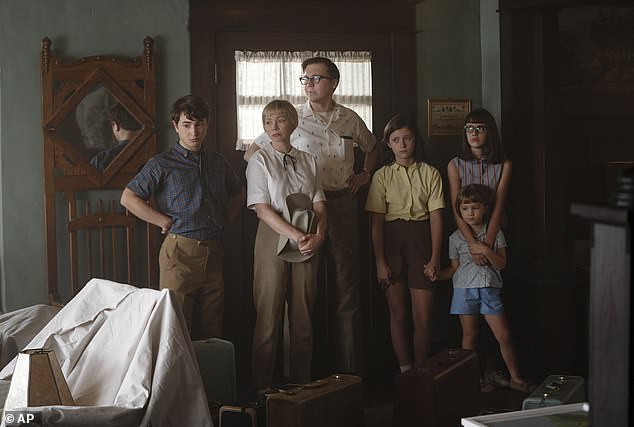 All alone: The filmmaker said that now that both of his parents have died he was answering a need he had, but he didn’t want to seem too indulgent

Spielberg added it was ‘absolutely right’ to see him as a ‘sentimental and nostalgic’ person.

He added: ‘I think nostalgia even more than sentimentality, but I never bristle when I hear that at all unless somebody says it ruined the movie for them…I don’t like that.’

Speaking more generally, he said the role of a filmmaker was not to ‘manipulate’ the audience by playing on their emotions, though he confessed to having done so himself with Jaws and his 1982 supernatural horror film Poltergeist.

‘A filmmaker must never manipulate the audience unless every single scene has a jack-in-the-box kind of (scary moment). That’s manipulation,’ he said. 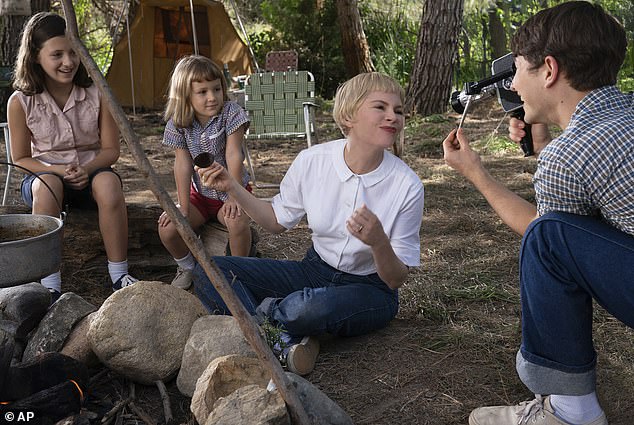 Cutting deep: Spielberg also said that it was absolutely right to think of him as a ‘sentimental and nostalgic’ person because of the film

‘I did that a couple of times in Poltergeist and I certainly did it once in Jaws where the head comes out of the hole. That’s okay, I confess that…

‘Our job is to guide an audience to really forming a better understanding of themselves through the stories that we’re telling.’

The full interview with Spielberg on Desert Island Discs aired on BBC Radio 4 and BBC Sounds on December 18.