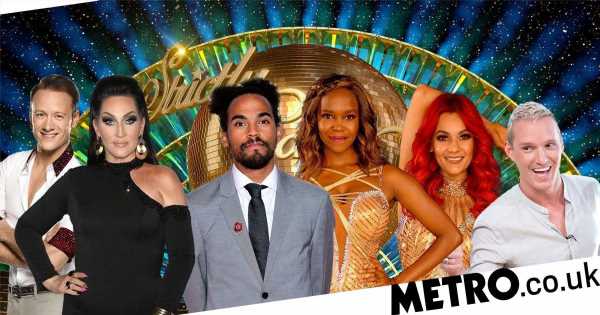 Of the 15 people taking part this year, eight of those people are single and we’re thinking this may have been done on purpose.

This is double the amount of singletons picked in 2017, and many believe show bosses are keen to end the ‘Strictly Curse’ following many breakups that were blamed on the participation of the show.

Life would be a lot easier for BBC bosses if they don’t have to deal with the damage control with each scandal aka last year’s Seann Walsh, 33, and Katya Jones, 30.

However, there has been no confirmation by BBC or executives that there is a reason for there being more singletons this year.

Popular Strictly couple Neil Jones, 37, and Katya recently called it quits on their six-year marriage less than a year after the professional dancer was caught kissing comedian Seann last year and caused a media storm.

The pair reportedly split as there was ‘no passion between them’ despite fans believing the breakup was due to Katya’s infidelity.

After being together for 11 years, their relationship went from romantic to completely platonic.

A source told The Sun: ‘Neil was very open about the fact that there was no passion between them – that they didn’t have sex.

‘He said they spent all their evenings together lounging on the sofa in comfy onesies, watching Disney films.’

The insider also claimed the couple had been arguing more in recent weeks before they decided to call time on their marriage.

They released a statement on social media reading: ‘As our fans and loyal supporters you are really important to us and so we wanted to let you know some news.

‘After 11 years, we have made the mutual decision to separate. We will always love each other, just in a different way as friends.’

They went on to talk about how they will continue working dancing together despite the circumstances.

Seann Walsh then went on stage a few hours later at Edinburgh Fringe Festival to make fun of the couple’s break up, claiming kissing Katya was like kissing ‘a gay man’s wife’.