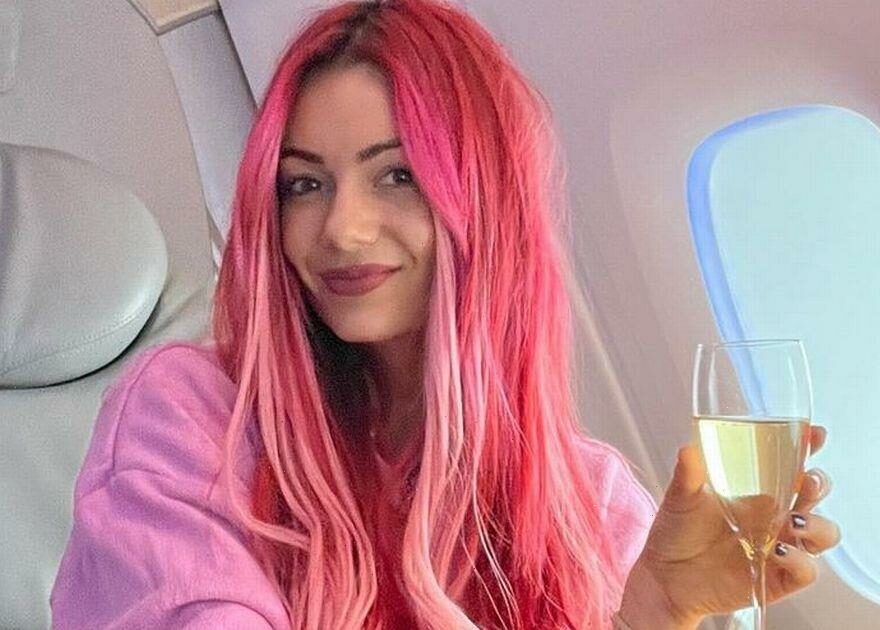 Strictly Come Dancing's Dianne Buswell appears to have shot down rumours of a split between herself and internet star Joe Sugg, as she shared a hilarious throwback snap of him.

The 33 year old professional dancer, who is currently in her native West Australia spending time with family over Christmas, was clearly missing her beau as she posted a picture of him dressed in a full white hazmat suit.

He could be seen standing next to a ladder which had been pulled down from the attic, as he brandished a fly swatter and what appeared to be insect spray.

Over the top of the snap, Dianne wrote: "Going through my camera roll and this made me lol," adding two laughing-crying emojis and tagging Joe.

Dianne and Joe have been dating for four years after meeting on the BBC One dance show, however, fans were convinced that they'd split after Dianne jetted off to Australia for the festive season, leaving Joe behind in the UK.

The dancer kept her Instagram followers updated with her journey on Instagram as she wrote: “I’m Almost in the land of Oz !!!! What a difference 24 hours of flying makes,” she wrote. “Been practising my Australian accent on the plane ! I’m rusty!”

She appeared to be flying first class as she posed from a spacious leather chair next to its own drinks fridge as she clutched a glass of champagne and showed off her red hair.

Noting Joe’s absence from her trip down under to see her family for the festive season, one person wrote: “Where's Joe?”

“What have you done with joe?” added another while wishing Dianne a happy trip.

Another wrote: "Have Dianne and joe ended it..? Feel like I don’t see them together anymore."

Others rushed to reason that they most likely hadn't split, with one writing: “They might be a couple but they're still individuals with families to spend time with, not every couple need to be together 24/7, it's healthy to be apart sometimes."

Another added: "Someone else went on: “Y'all joe is probably spending with his fam. He's been going to Australia the past few times. He probably wants to spend it with his fam and Dianne rarely sees her fam. It's okay for her and Joe to be apart. They are still together I'm sure”.

Dianne further dispelled any rumours of a breakup as she posted a screenshot of a FaceTime call between herself and Joe.

He could be seen smiling in front of a Christmas tree as Dianne and a friend, who was dressed in a Santa suit, walked in the Australian sunshine.