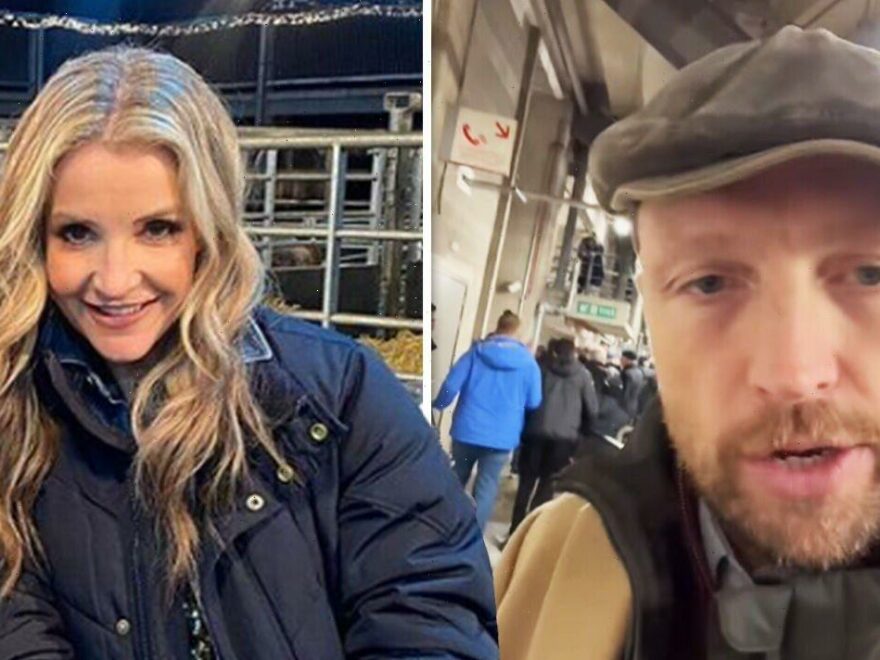 Strictly: Helen Skelton says her kids were embarrassed by dance

Helen Skelton, 39, finished this year on a high as a Strictly Come Dancing runner-up behind Hamza Yassin, 32, and his partner Jowita Przystał, 28. Her friend and former co-star Matt Dawson, 50, also came second in the BBC competition back in 2006.

Speaking to Express.co.uk, Matt praised the presenter for conducting herself with such “style and grace” despite going through a tough year.

Matt added that he “takes [his] hat off to her” that she was able to do that while going through a tough time.

He continued: “She’s just an incredibly powerful woman and she’s done it with such style and grace, not just the dancing but her aura as well and her character.

The former rugby player was also very complimentary about this year’s champion, Hamza.

He went on: “I wanted Hamza to win. I just wish that, I think it’s just selfish of him not to give me a little bit of his hair!

“He could donate it to us baldies, that would be great. He is amazing and yeah [such a nice guy].”

Matt and Helen worked together on A Question of Sport: Super Saturday back in 2014.

Matt was a star on the popular show from 2004, with Phil joining four years later and Sue having sat in the quizmaster’s chair since 1997.

However, in 2021, the trio left when the BBC decided to change the line-up.

The Beeb’s decision sparked anger from many fans and, addressing the issue at the time, a spokesperson said: “We have received some complaints about upcoming changes to the line-up on A Question of Sport.

“We would like to thank Sue Barker for her enormous contribution as the show’s longest-reigning host over the last 24 years, and Matt Dawson and Phil Tufnell for their excellent team captaincy over 16 and 12 years respectively.

“A Question of Sport has been airing on BBC One for 50 years, and its longevity is testament to the show’s ability to reinvent its format and change its line-up.”

The show is now presented by Paddy McGuinness and he is joined by Olympic field hockey player Sam Quek and ex-rugby union player Ugo Monye as team captains.

Luckily for fans, Sue, Matt and Phill will all be back together later this year as they travel the country with their Extra Time theatre show.

As it was with their previous outings, Sue will be at the helm with Matt and Phil as team captains.

Tickets are now on sale. Visit here for details.