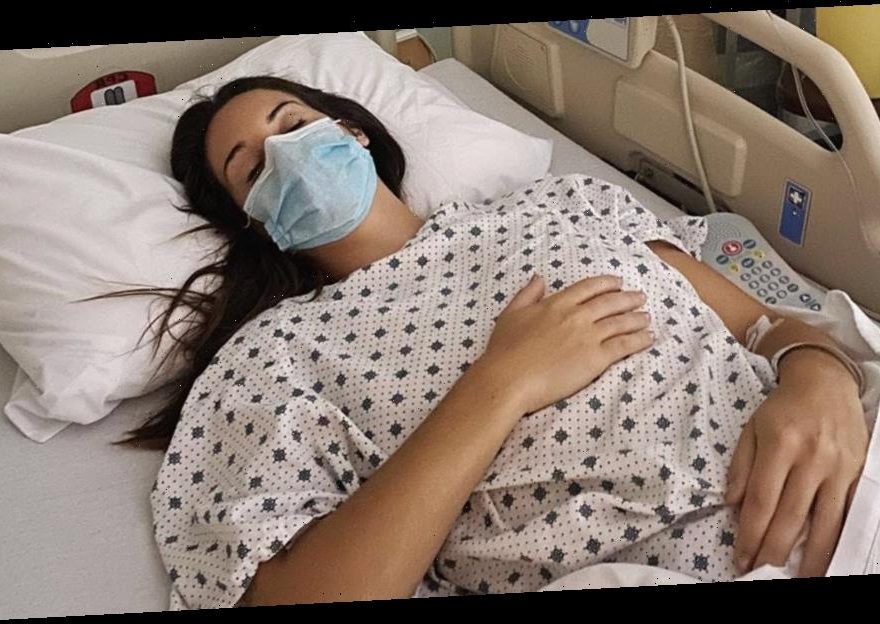 On the mend. Summer House star Hannah Berner underwent emergency surgery over the weekend after the taping of the Monday, October 19, episode of Bravo’s Chat Room.

“During the filming of tonight’s episode of Bravo’s Chat Room, I started to get a really bad pain in my stomach. At first I thought it was just a gas bubble,” the 29-year-old comedian wrote alongside a photo from her hospital bed on Monday via Instagram. “But then it started to feel like I had a demon child in my stomach trying to get out and I was apologizing to Jesus for talking about sex too much on podcasts.”

Berner went on to explain that her mother insisted she go to the hospital.

‘Summer House’ Season 5: What We Know

“When I got to the emergency room, they took tons of tests and had no idea what was wrong. I thought, if this whole time I just have to take a big poop this is going to be super embarrassing,” she wrote. “Turns out, my intestines were wrapped around my appendix that was inflamed. On Saturday, I underwent surgery and they removed my appendix and I’m feeling a lot better.”

Berner concluded her message with a shoutout to the staff at Stony Brook Southampton Hospital, writing, “Thank you to the amazing nurses and doctors at @stonybrookshh for taking care of me ❤️.”

Gizelle Bryant, one of Berner’s Chat Room cohosts, was shocked by the news. “What?!?! Omg!!” the Real Housewives of Potomac star, 50, commented. “Hannah I’m so glad you’re ok. Love u.”

Bravo’s Chat Room premiered last month. The network recently picked up the talk show, which also features Bryant, Porsha Williams and Kate Chastain, for 10 more episodes after an initial six-episode order. During the premiere, Berner made headlines for opening up about her new boyfriend, Des Bishop, who is 15 years older than her.

“He’s a comedian, and I had watched him like five years ago at a comedy club. And then he DMed me recently, and I was like, ‘Oh, that’s the funny, cute guy,’” she told her cohosts on the September 27 episode, noting she’s having “the best sex” she’s ever had. “Guys in their 20s are insecure. They’re worrying about themselves. I feel like all guys in their 20s, I have to fix them, and I’m not a project manager anymore. I’ve found a man, and he’s teaching me new things.”