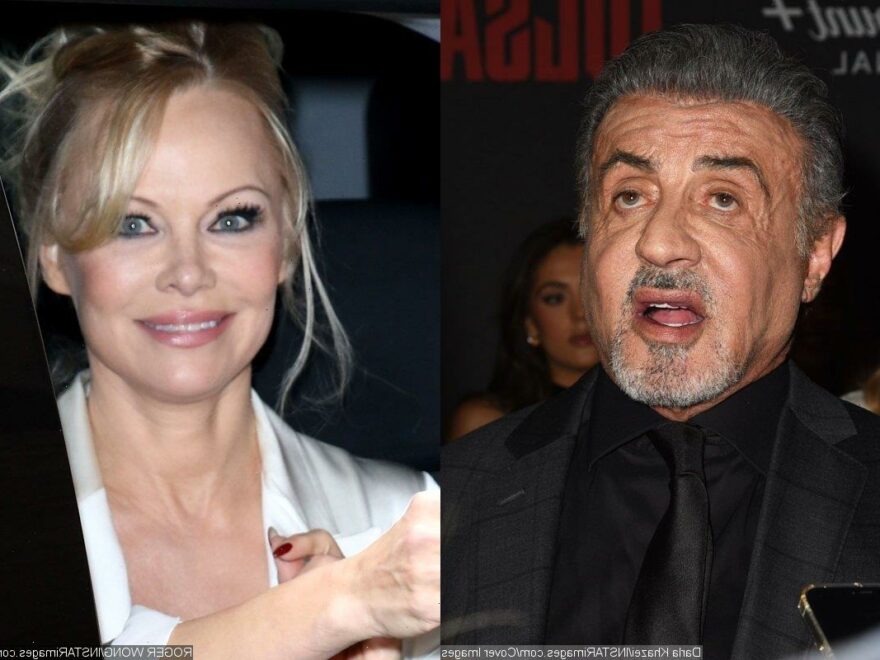 In her new Netflix documentary ‘Pamela, a Love Story’, the iconic actress claims that the ‘Rocky Balboa’ actor once offered her ‘a condo and a Porsche’ but she turned him down.

AceShowbiz –Sylvester Stallone wants everyone to know the truth. The “Rocky Balboa” actor has responded to Pamela Anderson‘s claim that he once asked her to be his No. 1 girl and offered her a “condo and Porsche.”

“The statement from Pamela Anderson attributed to my client is false and fabricated,” said the 76-year-old actor’s representative. “Mr. Stallone confirms that he never made any portion of that statement.”

Pamela made the claim in her new Netflix documentary “Pamela, a Love Story“, which will be released on January 31. In it, the 55-year-old actress recounts a story when Sly allegedly “offered me a condo and a Porsche to be his ‘No. 1 girl.’ “

Pamela claims that she turned him down. “And I was like, ‘Does that mean there’s No. 2? Uh-uh,’ ” she says with a laugh in the doc, per the New York Post. She later adds, “He goes, ‘That’s the best offer you’re gonna get, honey. You’re in Hollywood now.’ [But] I wanted to be in love. I didn’t want anything less than that.”

This is the second time just this week a Hollywood star denied the claims Pamela has reportedly made as in a leaked excerpt from her memoir “Love, Pamela”, she revealed Tim Allen flashed her during the very first day of filming “Home Improvement”.

“On the first day of filming, I walked out of my dressing room, and Tim was in the hallway in his robe. He opened his robe and flashed me quickly — completely naked underneath,” Pam, who appeared as Lisa the Tool Girl on the hit show, details in her new book. “He said it was only fair, because he had seen me naked. Now we’re even. I laughed uncomfortably,” she continues. Tim, who was 37 at the time of the alleged incident, was presumably referring to Pam’s modeling for Playboy, which helped turn her into an internationally known sex symbol.

Responding to the allegations, Tim confirmed to Variety that Pamela only tells lies. The “Last Man Standing” star stated, “No, it never happened,” before insisting that he “would never do such a thing.”

Interestingly, one day after Tim debunked the claims, an on-set video of him flashing his “Home Improvement” co-star resurfaced on the Internet. In the newly resurfaced footage, Tim was filmed playfully flashing his manhood to Patricia Richardson. Tim, who played Patricia’s husband on the ABC sitcom, was dressed in a kilt as the actress said, “Hangs long. I just wish it was shorter.”