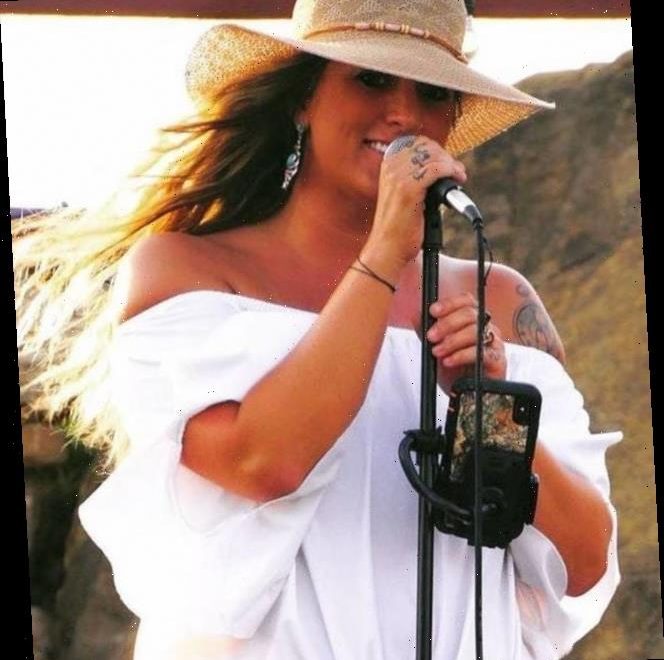 Taylor Dee, a Dallas-based musician whose real name was Taylor Dawn Carroll, died on March 14 in a Texas hospital after being involved in a car accident.

The fatal tragedy took place around 10 p.m. on the eastbound TEXpress lane near the 100 block of West Airport Freeway, according to a news release from the Euless City Police Department.

Investigators say the singer was driving a 2002 Chevrolet Trailblazer when she tried to make an abrupt lane change… missed the turn… and crashed into a cushion barrier.

“It looks like she made a last minute decision to attempt to go from the toll lane into the exit lane,” said Euless Police Sergeant Scott Peterson on Monday evening.

The aforementioned release detailed how Dee’s vehicle then flipped into the air, hit a steel highway sign and landed upside down on the highway.

Investigators believe Taylor was not wearing her seatbelt when the crash occurred.

Per Peterson: Dee appeared to have been ejected from her car.

He added that her unnamed male passenger was wearing his seatbelt and was released from the hospital the next day.

Dee, sadly, was transported to a hospital, which is where she passed away from the injuries she sustained.

An investigation is expected to delve further into what transpired. but no criminal charges are expected to be pressed.

Linda Wilson, president of the Texas Country Music Association, mourned the singer in a statement to KTVT, saying:

“Taylor Dee was the real deal — a true talent with a heart and passion not only for her music but for people.”

“In every performance, her talent was evident, but more importantly she allowed her fans to know her heart,” Wilson added.

“She will be missed tremendously.”

The artist’s agent, Shai Berry, said in a statement of his own:

“She blew listeners away every time she stepped in front the mic. The power of her beautiful vocals were felt deep within the soul.

“Her energy and passion were so contagious that she left every show with a new team of supporters and fans.”

“Taylor adored her children, family, friends and fans; loving them with everything she had.

“Taylor Dee will be deeply missed by so many but her powerful voice and message will echo for eternity.

“Life is short, Live your dream, Laugh along the way.”

In 2019, she dropped her debut album The Buzz, which included the songs “Sawtooth,” “Take Me Down,” “I Hope You’re Happy Now” and “Pretty Ugly.”

Just two days before her passing, Dee performed at a concert at Rancho Loma Vineyards in Fort Worth, Texas, writing on Facebook ahead of the gig:

“Y’all come see us tonight! We playin at this awesome place.”

Dee is survived by her son, Vayden, and her daughter, River.

“She was a great mother of two beautiful children that she will be leaving behind. She could make you laugh about the craziest things. Her spirit was so free and she had a voice that the angels could hear.

“She had your back even when you didn’t know it. Her laugh is something you can hear when she says LOL.”

The GoFundMe page added, simply, “she will be forever loved and missed.”

We send our condolences to the friends, family members and loved ones of Taylor Dee.

May she rest in peace.