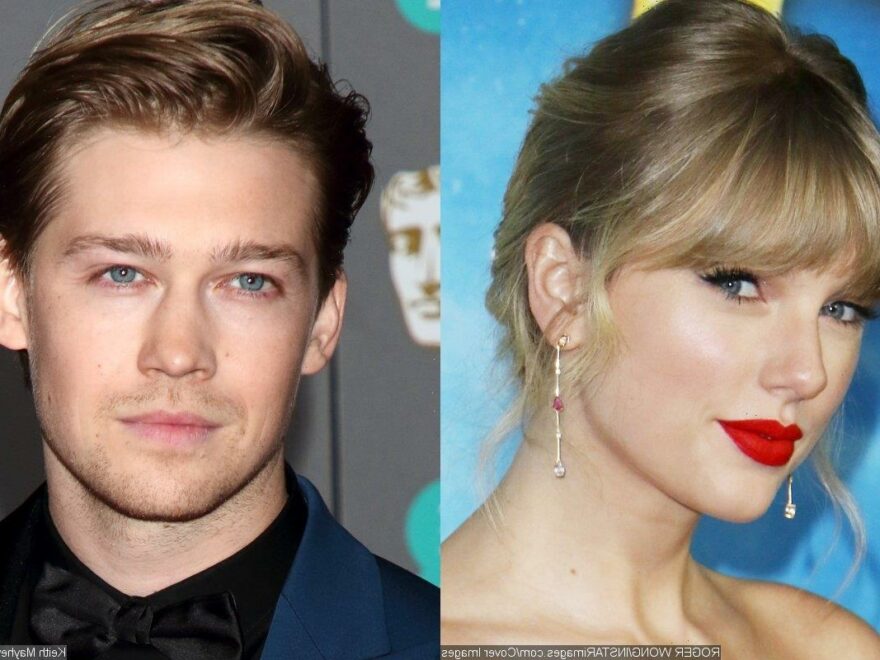 The ‘You Belong With Me’ songstress and her longtime boyfriend are spotted furniture shopping in New York City, days ahead of the release of her new album ‘Midnight’.

AceShowbiz –Taylor Swift is enjoying her domesticated life with her boyfriend Joe Alwyn amid all the media frenzy surrounding her upcoming album. The Grammy Award-winning actress has been spotted on a rare public outing with her longtime partner ahead of the release of her new project “Midnight”.

The pair were pictured stepping out together in New York City on Monday, October 17. The singer/songwriter looked smitten as she was all smiles while chatting with the actor while furniture shopping at Artifacts 20th Century.

In pictures obtained by Daily Mail, Taylor looked chic in a printed mini dress and patterned tights. She teamed the outfit with an oversized sweater and a tan satchel, while letting her long blonde hair loose and hang on one of her shoulders.

Joe, meanwhile, opted for a smart look in an emerald green sweater and baggy jeans. He also sported a pair of black-rimmed glasses and carried what looks like a book. Their companion was seen loading a stylish chair into a van.

The pair’s outing comes just several days before Taylor is set to drop her new and ninth studio album “Midnight”. After teasing it since she first announced it in August, the 32-year-old has revealed the songwriting credits for the album, which features the return of William Bowery, the pen name of Taylor’s boyfriend Joe. The British actor is featured as a co-writer of “Sweet Nothing” along with Taylor herself.

Meanwhile, Jack Antonoff, Taylor’s longtime collaborator, is still dominating the songwriting credits, with him being listed on the songs “Question…?”, “Bejeweled” and “Mastermind” along with the country-turned-pop superstar.

Antonoff also contributes to the songs “Lavender Haze” and “Karma”, both of which were co-written with Zoe Kravitz, Mark Spears and Jahaan Sweet. Meanwhile, Lana Del Rey helped pen the song “Snow on the Beach”.

Joe, who has been dating Taylor since 2016, was previously featured as a co-writer on her albums “Folklore” and “Evermore”.