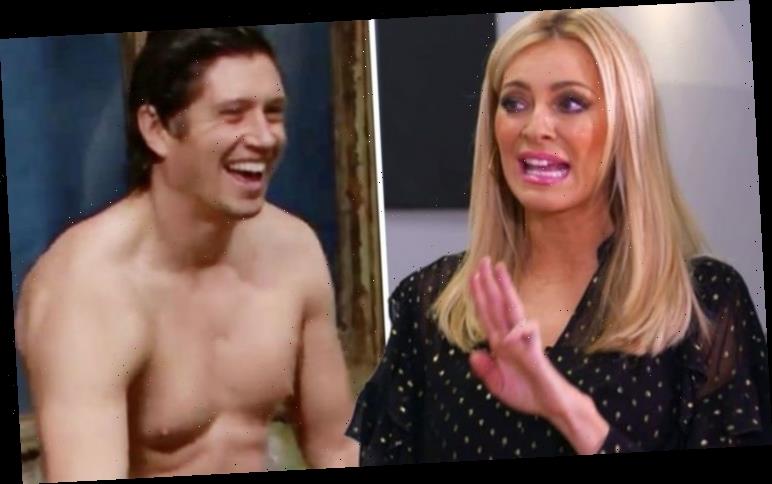 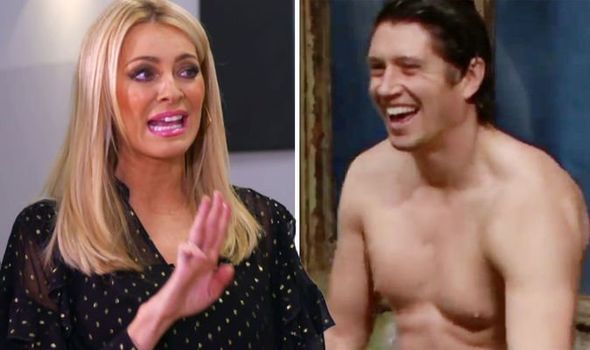 Tess Daly, 51, has taken the opportunity to poke fun at her husband Vernon Kay, 46, after Jordan North, 30, complimented his I’m A Celebrity… Get Me Out Of Here! 2020 campmate on his body in the shower.

The Strictly Come Dancing presenter shared a snap of Vernon and Jordan having a wash in Gwrych Castle while she watched tonight’s episode of the ITV show.

It comes after Jordan jokingly reassured Tess, “it’s not what it looks like” after he praised Vernon for being “in good shape”.

Talking in the Telegraph, Jordan admitted: “That bathroom is awful, you have to get someone to pump water from the other side of the bathroom.

“It looks like the start of when they buy a house in Homes Under the Hammer but worse than that.”

Jordan and Vernon could then be seen joking around with each other as they pumped water for one another and showered.

“Pumping the water for Vernon was very satisfying, and the man’s in good shape.

“Tess if you’re watching, it’s not what it looks like!” Jordan added, before Vernon admitted: “That’s gotta be the most fun I’ve had in a shower in a long time.”