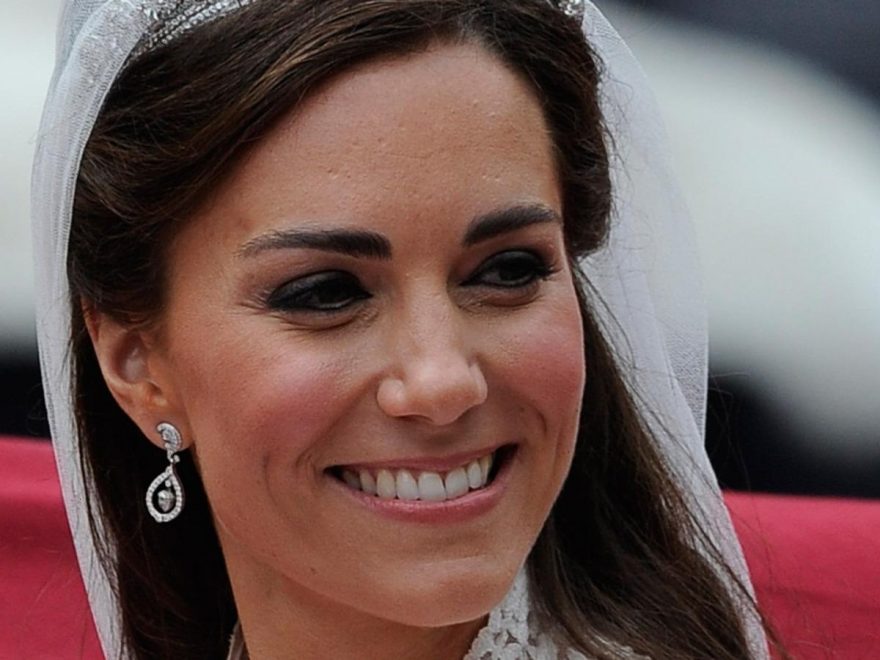 On April 29, 2011, Prince William and Kate Middleton — newly appointed Duke and Duchess of Cambridge — got married in Westminster Abbey to a crowd of nearly 2,000 attendees and “tens of millions” of viewers around the world, per the Abbey’s official website. It was a gorgeous day filled with celebration (that dress! Pippa’s look! The page boys and flower girls!) as William and Kate exchanged vows and started their life together as a married couple. Ten years later, the Cambridges have celebrated with some brand-new photographs on their Instagram that are reminiscent of their engagement photos, as well as an adorable reel that shows the couple and their three children — Prince George, Princess Charlotte, and Prince Louis — enjoying time in the countryside.

While the wedding, and their 10th anniversary, are causes for celebration of love and happiness, it is also a time for reflection of all that has changed within the family this past decade. The wedding ceremony will be re-aired on television on April 29, as TODAY reported, and seeing all the changes that have occurred in the family is truly heartbreaking. Scroll down to see what we mean.

One of the most notable differences from Prince William and Kate Middleton’s wedding in 2011 is the appearance of Queen Elizabeth II. The Cambridges’ wedding saw her arrive in good spirits, standing tall and walking her signature brisk walk into Westminster Abbey. But a decade is a long time, and Elizabeth has gone from an 85-year-old woman to 95 years old, which has caused her to further shrink over time and to take more care in how she moves. The biggest change from then to now is, of course, the loss of Elizabeth’s husband, Prince Philip. The queen and the Duke of Edinburgh arrived at the royal wedding together and sat with one another at the celebration. With his passing, Elizabeth is now alone. Watching them at the wedding together and then seeing her sitting alone at his funeral shows is a tough pill to swallow.

It’s not just the loss of her husband that has caused the queen to change, however. This past decade has been plagued the royal family with scandal as they try to navigate the rapidly changing world. Prince Andrew’s relationship with Jeffrey Epstein — and his (arguably disastrous) interview about the subject — required the queen to once again put duty before family, cutting her son off from royal duty (and the royal coffers) to protect the monarchy, per CNN. That couldn’t have been easy.

Then of course, there’s the issue of Prince Harry and Prince William.

Prince William and Prince Harry used to be close

The biggest change from 2011 to 2021 is perhaps the relationship between Prince William and Prince Harry. The two brothers were thick as thieves at one point, a status that was evidenced by Harry’s actions as William’s best man, which could be seen by anybody watching William’s wedding. William, Harry, and Kate Middleton formed a supportive trio back in the day, with Harry popping around to Kensington Palace on a regular basis, as Newsweek reported. The three took on responsibilities for the crown, forming the Royal Foundation to support mental health initiatives, a cause that is very close to the brothers. Kate also took on a sort of motherly role for Harry, cooking him meals and teaching him his way around the kitchen, per Newsweek.

That all changed, however, when Harry met — and then married — Meghan Markle. As Newsweek wrote, Harry was “fiercely protective” of Meghan and asked the media when they were dating to refrain from “the smear on the front page of a national newspaper; the racial undertones of comment pieces,” via an official statement, and more.

Even back then, Harry was frustrated that he and the other members of the royal family couldn’t protect Meghan, and the relationship between the brothers and their wives began to change.

The feud between brothers is hard to ignore

Everything came to a head in 2020, when Harry and Meghan announced they were stepping back from their duties as senior royals, per BBC. This apparently blew open “the rift” between William and Harry that had begun to form when Harry started dating Meghan, as Elle reported.

The situation became so bad, at one point, that Harry stopped talking to Prince Charles and William, and when he returned to England for his grandfather, Prince Philip’s, funeral, there was talk of just what that reunion would look like. Thankfully, it seems the ice has been broken, as Harper Bazaar reported, but a source told the publication “outstanding issues have not been addressed at any great length. The family simply put their issues to one side to focus on what mattered.” Harry has since returned to the United States to be with his wife, as she did not travel to England due to her pregnancy.

The feud — and the brothers’ physical and emotional distance — is a dramatic and sad change from the two brothers who stood in the high altar of Westminster Abbey waiting for Kate’s arrival. And it’s truly heartbreaking to re-watch.