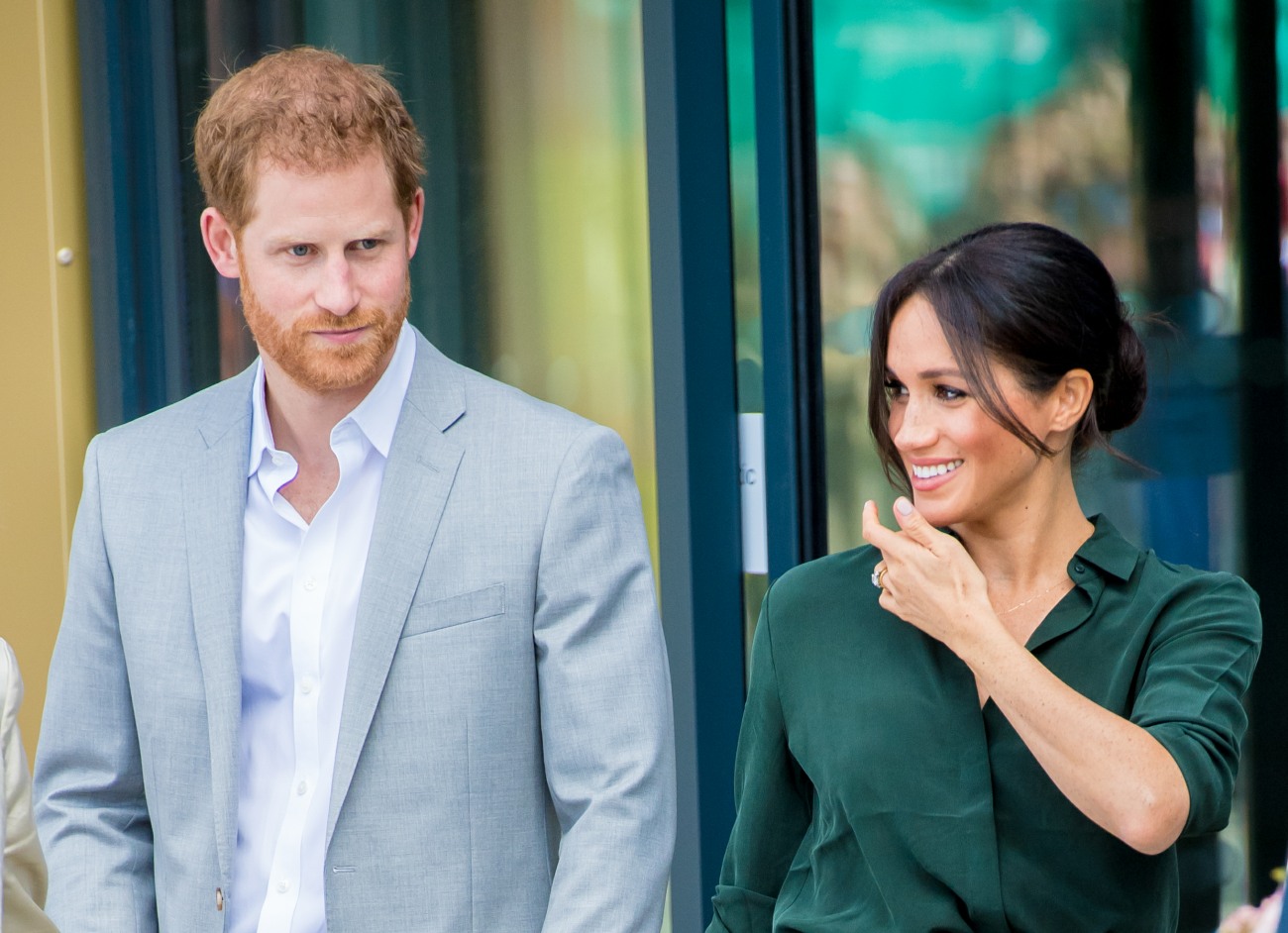 Here in Virginia, the Envigo beagle-puppy mill story dominated local headlines and shamefully made national and international headlines. The Envigo puppy mill was one of the worst puppy mill stories in years, as 4000 beagle puppies and fully grown adult dogs were kept in deplorable conditions. The beagles were rescued in June and July, and the dogs have been transported all around the country to be put up for adoption. Hundreds of beagles went to California. And it looks like the Duke and Duchess of Sussex are proud parents of another fur baby. Meg and Harry went to look at some of the dogs in a rescue operation in the San Fernando Valley and they chose one of the older beagles.

In less than two months, Mamma Mia the beagle went from rags to royalty. Her changed life began in July when federal authorities rescued her — along with 4,000 other beagles — from overcrowded and unsanitary conditions at the Envigo breeding and research plant in Virginia. Her new home is a sprawling estate in Montecito, where the 7-year-old dog will roam around a lush 7-acre property. Her new owners? The Duke and Duchess of Sussex.

“The duchess called me personally,” said Shannon Keith, an animal rights attorney who runs the Beagle Freedom Project out of the low-slung Valley Village house where she used to live. But Keith said that at first, she didn’t realize who the “VIP Donor” interested in a beagle adoption was.

“She calls on my cell with no Caller ID and says, ‘Hey Shannon, this is Meghan,’” said Keith, whose nonprofit organization rescues beagles and other dogs as well as cats, pigs, horses, rabbits, goats and sheep, most of which were used in laboratory testing. “We talked for 30 minutes, and I thought, ‘Is this Megan Fox?’”

But it was Meghan, the Duchess of Sussex, and her husband, Prince Harry, who made an after-hours visit to the unassuming San Fernando Valley house on Hartsook Street this month. The royal couple’s spokeswoman confirmed the visit to The Times; neither commented on the adoption. It was a no-photos affair, with two security guards joining Meghan and Harry in their quest for a furry family member.

They played in the backyard with Mia, who had been transported with eight of her newborn puppies from Maryland, where the dogs had been taken after the Virginia rescue, to Valley Village. But they did not want a puppy.

“The duchess is holding Mia and was like, ‘We’re adopting her,’” Keith said. “She was like ‘No, we don’t want a Christmas puppy. … We want ones we can help who are older.’”

Meghan had a rescue beagle for many years, and when she saw the story about Envigo’s shutdown, she wanted to get involved, her spokeswoman told The Times. She knew puppies usually are easier to find homes for and wanted to help one of the older, more vulnerable canines.

[From The LA Times]

It’s true, people are less likely to adopt an adult dog and I love that Meghan was immediately like “no, we’re not getting one of the puppies, we want the mama.” So… the Sussexes have three dogs now, correct? They have Pula the black Lab, then Guy the Beagle, and now Mamma Mia? Bogart stayed in Canada with a new family. They probably wanted another beagle for Guy, I think. Guy wanted a beagle friend. I would also imagine that Pula and Guy would have taken issue with a puppy. They needed help monitoring all of those rescue chickens.