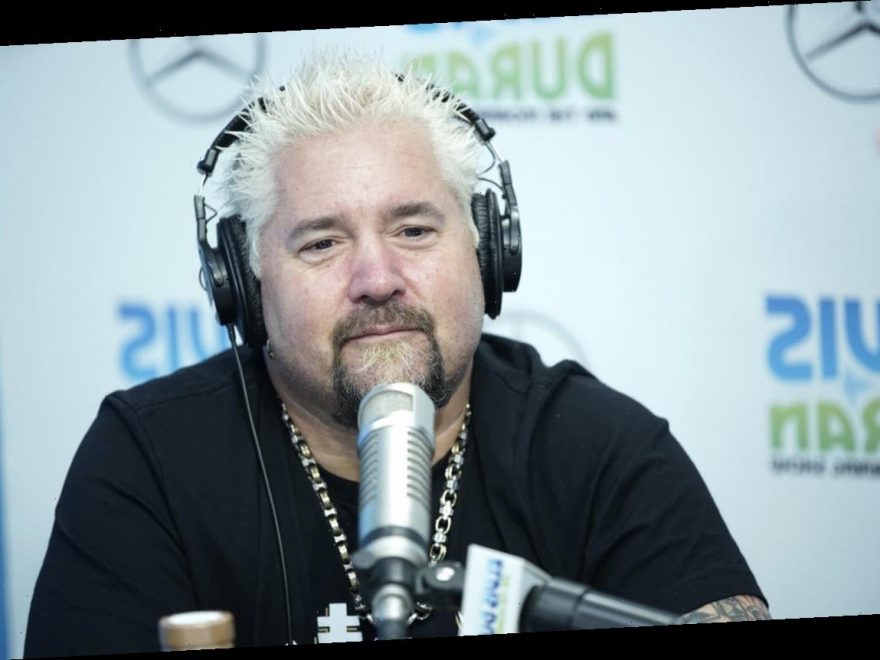 Fans of Food Network shows know that some of the network’s biggest personalities have their ways of critiquing the food in front of them. For those on shows like Chopped, the judges have to offer constructive feedback about what is in front of them.

However, on shows like Diners, Drive-Ins, and Dives, criticism isn’t part of the formula. Taking to Reddit, the show’s fans recently discussed how superstar host Guy Fieri speaks about the food he doesn’t necessarily like.

Guy Fieri and the art of judgment

Depending on the show that someone watches, their views on how food is critiqued on television could be vastly different from the next person. Those who watch Gordon Ramsay or Robert Irvine scream at restaurant staff may think that’s not just the normal for the industry, but the television side.

Competition shows often have a different culture. When Ramsay is yelling at Hell’s Kitchen contestants, he usually does so differently than he would somebody on Kitchen Nightmares.

Other shows, such as Chopped or Iron Chef, offer contestants more nuanced critiques. The good is weighed with the bad, and the negative isn’t always the deciding factor.

While Fieri may participate in this sort of critique on his competition show, Guy’s Grocery Games, he’s put in a strange position when it comes to Diner’s Drive-Ins and Dives.

This show, which is meant to highlight the best items on the menu at restaurants across the United States, Fieri isn’t there to critique, but showcase.

He never outright insults anyone’s concoctions on the show. However, fans have noticed specific ways he chooses to describe dishes that he does not care for.

Fieri might have made his name in the restaurant and entertainment industries. However, he’s still a human being who likes and dislikes foods. Taste-testing food from around the country means that he gets to try each region’s best.

However, just because the people of a given region like a particular food, it doesn’t mean that the outsiders are going to.

Fieri doesn’t shy away from his disgust for certain foods. His hatred of eggs is well-documented to anyone who paid attention. When a chef gives him an egg dish, he will often try it while talking about his dislike for the breakfast staple.

However, it is apparent to many that Fieri often dislikes the standard dishes people make for one reason or another.

Reddit users pointed out that Fieri often makes mundane faces while his face shows an apparent dislike for what he’s eating. From one-liners like, “That’s definitely pork!” or “You can really taste the mustard,” to physical tics that appear to show displeasure, fans have become language and body language experts when it comes to Fieri’s critiques.

The fact of the matter is that no matter where Fieri is eating, he’s not going to like everything on the menu. His gift is not to enjoy all the food he eats. Instead, it’s knowing when his subjective brain dislikes something that the masses might find delicious.

There’s no denying that everything that people say is true. However, Fieri might praise food that he doesn’t like solely because he knows that it’s a personal taste issue. Just because Fieri doesn’t critique the food on camera, it doesn’t mean he lies to chefs or makes them think their food is without issue. It’s all about reading the room and knowing when to speak.

“I don’t have any problem [critiquing].” Fieri said, according to Eater. “I mean, I’ve cooked all this stuff six ways to Sunday. I’ve been around forever doing this, so I know where they’re going to miss it. And, I’m not there to tell them how to change their restaurant — that’s not my job. That’s not what my show is all about. But if they ever ask, I always want to offer advice to them if I can, and help them out. I mean, as we all do as chefs, we all support one another, and we all try to help each other grow.”

Fieri has been doing his job for years and knows how to critique food. His job may seem easy, but there’s a lot of thought and practice that goes into his line of work.

This, perhaps, might be what makes him so beloved by fans. He’ll let them have it while doing it constructively. Just because the camera tells a story, it doesn’t mean the audience knows the whole thing.