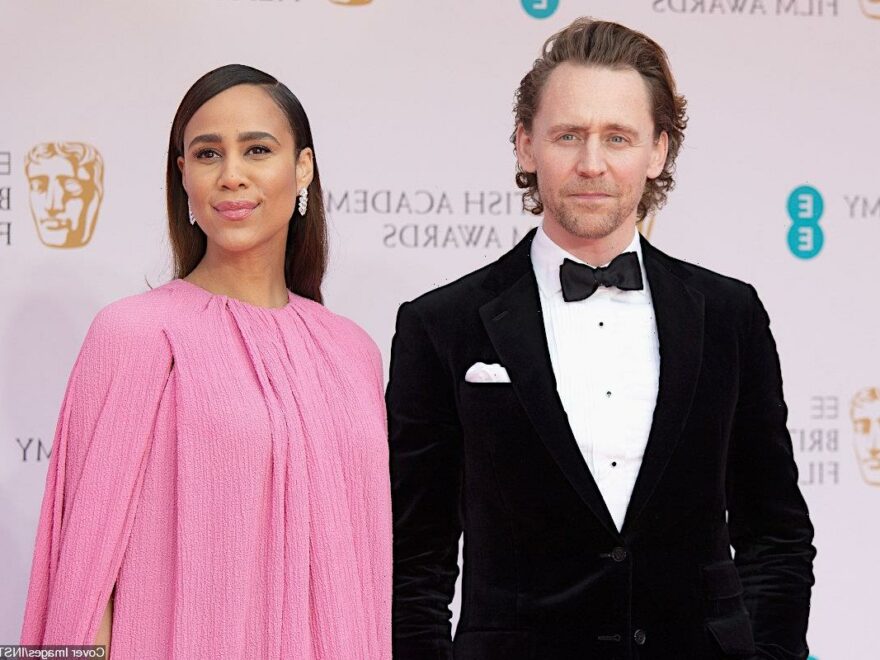 The couple is currently expecting their first children together with the ‘Betrayal’ actress debuting her baby bump on the red carpet at the premiere of her new movie, ‘Mr. Malcolm’s List’.

AceShowbiz -Congratulations are in order for Tom Hiddleston and his fiancee Zawe Ashton. The couple is currently expecting their first children together with Zawe debuting her baby bump on the red carpet at the premiere of her new movie, “Mr. Malcolm’s List“.

At the premiere event, which took place in New York City on Wednesday night, June 29, the actress stunned in a gold, off-the-shoulder, empire-waist beaded gown made of chiffon. Her growing belly was apparent underneath her beautiful ensemble. Page Six was the first to make the report.

Tom, meanwhile, was nowhere to be seen at the event. Zawe, who plays Julia Thistlewaite in the period drama based on the novel of the same name, was joined by co-stars Freida Pinto, Sope Dirisu, Theo James, Sianad Gregory as well as director Emma Holly Jones.

Tom and Zawe have yet to comment on the pregnancy reports.

The happy news arrived just weeks after the “Loki” star confirmed that he is engaged to Zawe after months of speculation. “I’m very happy,” he told the Los Angeles Times on June 14. The pair first sparked engagement rumors in March. At the time, Zawe, who starred alongside Tom on “Betrayal“, was photographed wearing a diamond ring on that finger when attending the 2022 BAFTA Awards.

Prior to dating Zawe, Tom was in romantic relationship with actress Susannah Fielding from 2008 to 2011. The “Thor: Ragnarok” actor also dated singer Taylor Swift in 2016. Despite their split, there seemed to be no hard feelings between the two as he dubbed the “Blank Space” hitmaker “an amazing woman.”

Reflecting on their brief romance, he also said in 2017, “She’s generous and kind and lovely, and we had the best time.” He continued, “I only know the woman I met. A relationship always takes work. A relationship in the limelight takes work.”