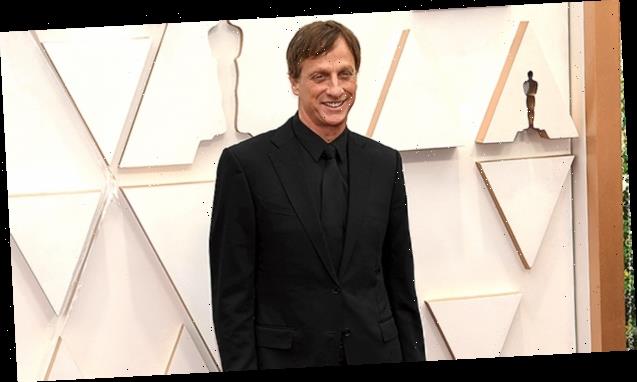 Even when you’re the biggest name in skateboarding history, sometimes, no one recognizes you. Such a fate happened to Tony Hawk, and his story left fans cracking up over one medical worker’s confusion.

Tony Hawk ended 2020 by sharing a story about an awkward moment when he, his son Keegan, 19, and daughter Kadence, 12, were “at a Covid testing site (wearing masks).” After “handing over [the ] paperwork,” the health care worker asked an interesting question: “ ‘okay… Anthony, Keegan and Kadence… Hawk? Are you guys related to Tony Hawk?’ ” To which Tonk (aka Anthony) said, “Yes.” “Are you pulling my leg?” asked the woman. “No,” said arguably the most famous skateboarder in the world, “we are all directly related to him.”

“I get that all the time,” chimed in Billy Baldwin, the Backdraft star and brother of Alec and Stephen Baldwin. “’Hey… anybody ever tell you that you look like one of those Baldwin Brothers?’ ‘Yeah… I get that a lot… especially Allan.’ ‘Dude… exactly… Allan !!!’ … my kids crack up.” First off, that’s hilarious (who knew Billy was the funny one?) and secondly, if you didn’t know, there is no Allan Baldwin.

“I can imagine her conversation later that day,” added video game commentator James Chen, “‘Hey, pretty cool: someone named Antony Hawk at testing today said they were directly related to Tony Hawk!’ ‘Tony? As in… short for Anthony? ‘Yeah. I asked b/c the name Hawk is… …oh god. Oh GOD I’m an idiot!!!” O_o’” Other fans marveled that Tony was short for something (“Me just finding out your name is Anthony”) while some were worried that they’d “randomly meet you one day, make a comment about it, and find out it was you all along on Twitter.”

Others got a bit existential. “Tony Hawk isn’t real. Just a mythical skateboarder that people know but never seen. Even though he has been seen, it’s hard to believe it is he you are seeing, so it can’t be him. The mythical Tony Hawk, the seen yet unseen.”

Many “saw” Tony Hawk pull off a new trick in 2020: The MilkTwist. The trick combined two of Tony’s favorite passions – skateboarding and the Got Milk? campaign. While holding a glass of milk, Tony nailed the 540-degree rotation, but in an EXCLUSIVE interview with HollywoodLife, the skateboarding icon said it took a while to come up with it. “I was trying to do a small routine of tricks, so I tried to do about four to five tricks in a row,” said Tony. “All pretty basic. And now it was based on watching [Olympic swimmer] Katie Ledecky‘s video because she did such a smooth routine. Basically, she went from one end to the other. So, I thought,’ oh, I could do that on my ramp and a few different tricks.’”

“But when it came time…I just kept spilling enough that it was noticeable. So, I thought, ‘well, we have something here. Why don’t we just try something ridiculous, like a McTwist, and it’ll end up flying around or splashing my face. And maybe that’s more entertaining?’” Instead of splashing in his face, the trick worked, and thus, the MilkTwist was born. Maybe that’ll help Tony get recognized when he goes back to the COVID testing place?