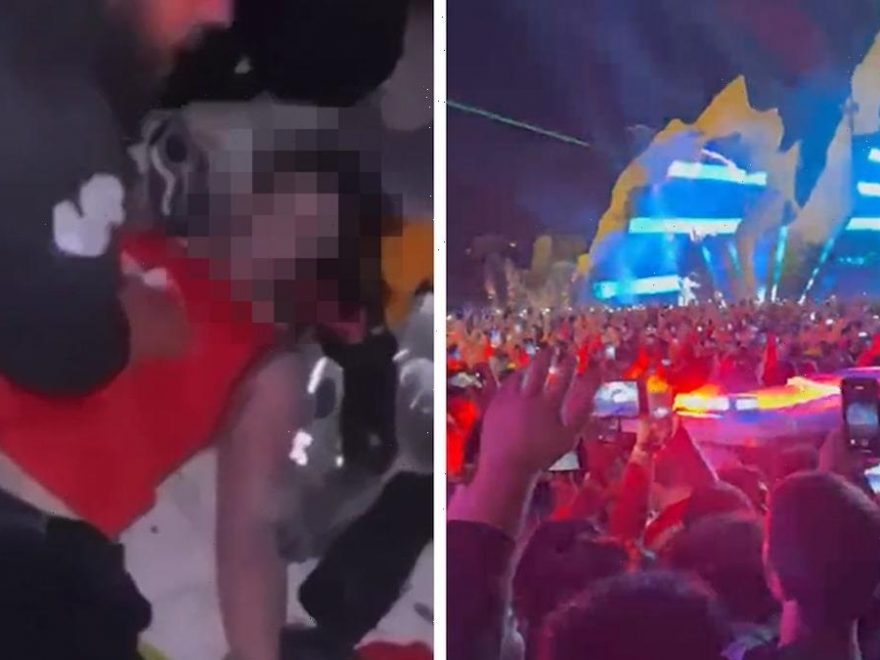 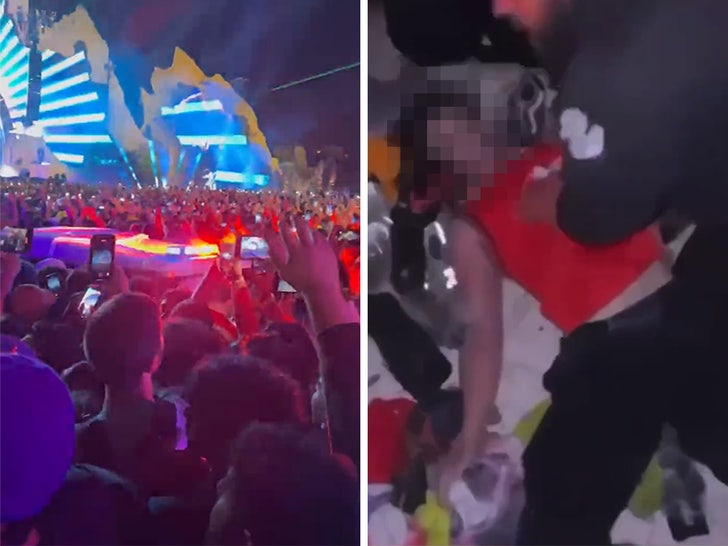 50,000 people filled the sold-out venue, when, at around 9 PM people began surging toward the stage. People started getting crushed and panic ensued. According to Houston Fire Chief Sam Pena, “People began to fall out, become unconscious and it created additional panic.”

At least 8 people died in the stampede.  11 people went into cardiac arrest and were rushed to the hospital.  More than 300 fans went to the field hospital near the venue.

The scene was chaotic … medical personnel could not handle all the injured.  There is video showing some of them performing CPR.

A slew of ambulances rushed to the scene … which became more dire every minute.

There was no warning or build up to the chaos … it just happened.

Shortly before the surge, Drake had performed with Travis … and there was no indication the crowd would try to rush the stage.

There were signs of trouble even before the concert began.  A slew of fan knocked over barricades and rushed into the venue.

This was the first night of what was supposed to be a 3-day festival. The second night has already been canceled.