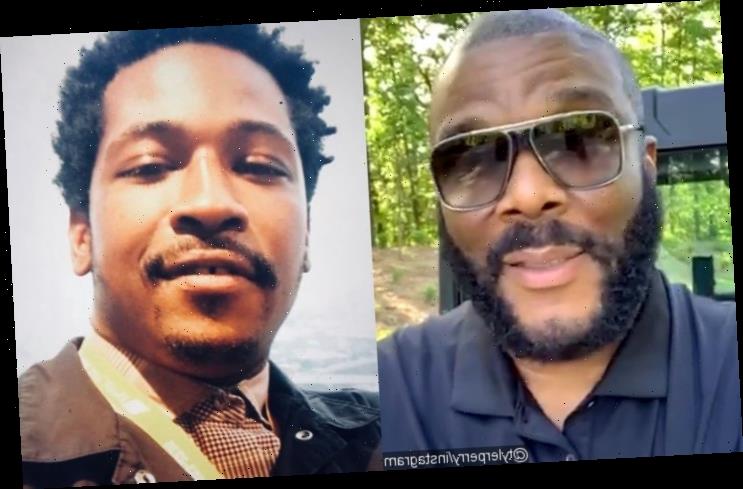 L. Chris Stewart, an attorney for the gunned down African-American man’s family, makes public the movie mogul’s generous move during a press conference in Atlanta, Georgia.

AceShowbiz -Movie and TV mogul Tyler Perry will be covering funeral costs for the family of tragic Rayshard Brooks, who was gunned down by police in Atlanta, Georgia on Friday, June 12.

The 27-year-old black male became the latest victim of excessive force by a white cop after he was killed at a fast food drive-through restaurant.

The shooter has since been terminated from his job, and on Sunday, Brooks’ death was officially ruled a homicide.

On Monday, the Brooks’ family attorney, L. Chris Stewart, held a press conference in Atlanta and publicly thanked famous local Perry for reaching out to offer his financial support.

“We do want to acknowledge and thank Tyler Perry, who we spoke with and who will be taking care of the funeral for the family,” he said. “It’s support like that and it’s people who are actually in this community, that love the community, that want healing, and (want) families like this to never have to go through something like this. It’s a step forward.”

Stewart added, “We want to thank him for such a generous move.”

Brooks had been found sleeping behind the wheel of his car in the drive-through, and was questioned by two officers amid suspicion of driving under the influence. He was accused of resisting arrest, allegedly grabbing one policeman’s stun gun and attempting to run, prompting the other cop to fatally shoot him in the back.

His death comes amid ongoing Black Lives Matter protests demanding racial equality and an end to police brutality, sparked by the slaying of George Floyd at the hands of another white police officer in Minnesota in late May.