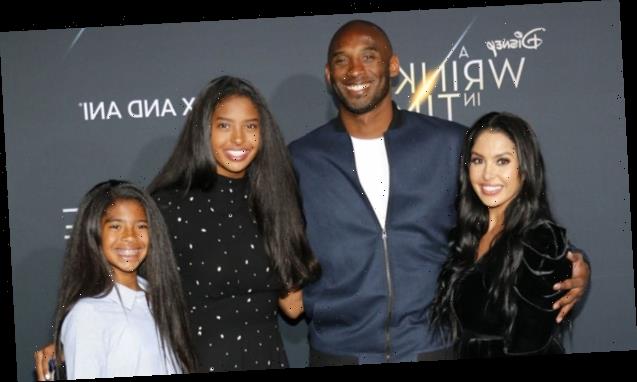 Vanessa Bryant has no doubt tugged at the heartstrings of millions of people anytime she posts something about her husband Kobe Bryant and daughter Gianna. Her Father’s Day dedication was no different as she uploaded a beautiful photo of him with his four daughters on Sunday, June 21, that came with an absolutely heartbreaking caption. “Happy Father’s Day to the BEST DADDY in the world,” she wrote. “We miss you so much. We love you forever and always. Love, Nani, Gigi, BB, Koko and VB.” Vanessa also added the hashtags #Bestofthebest and #GirlDad to the emotional pic.

Father’s Day wasn’t the only major event that happened in the Bryant household over the weekend. Their youngest daughter, Capri, celebrated her 1st birthday on Saturday, June 20. “God Bless you sweet princess. Capri Kobe Bryant a.k.a. ‘Koko-Bean‘ named after her dearly missed daddy, Kobe Bean Bryant…We miss you SO much Gigi and Daddy,”  Vanessa wrote in a sweet birthday post about their baby girl.

Vanessa has also gotten very candid about how she’s doing nearly five months after Kobe & Gianna died after the helicopter they were flying in crashed. She opened up about how things have been “really hard” for her and her family in an letter posted on Saturday, June 14.

“Thank you so much for all the [love],” Vanessa opened the message before bringing her daughter Natalia, 17, into the conversation. “@nataliabryant and I have unfortunately had to block fan pages because it’s been really hard to go online and constantly see pics of our beloved Gigi and Kobe under every single square of our explore pages.”

There have still been some bright moments for them in the months since Kobe & Gianna’s passing. Their daughter Bianka, 3, made an adorable appearance in a TikTok video of Natalia with the WNBA’s 2020 number one draft pick Sabrina Ionescu, 22 on Friday, June 12.