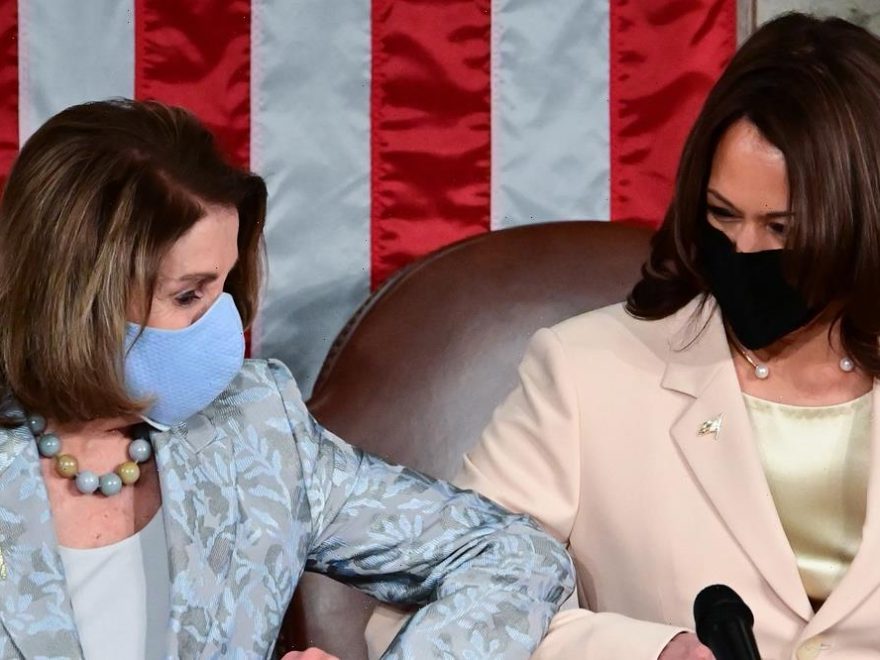 On Wednesday evening (April 28), President Joe Biden gave his first address to Congress to mark his first 100 days in office as President of the United States.

As President Biden took to the podium, he started off his address by pointing out the historic moment the session held.

Sitting behind him on the dais was Vice President Kamala Harris and Speaker of the House Nancy Pelosi. This was the first time in U.S. history that two women sat behind the President during an address to Congress.

“Madam Speaker, Madam Vice President. No president has ever said those words from this podium. And it’s about time!” President Biden exclaimed as the room erupted in applause.

VP Harris and Speaker Pelosi celebrated the moment by bumping elbows and applauding each other.

If you missed it, VP Harris will be the first Vice President to receive this very special honor.