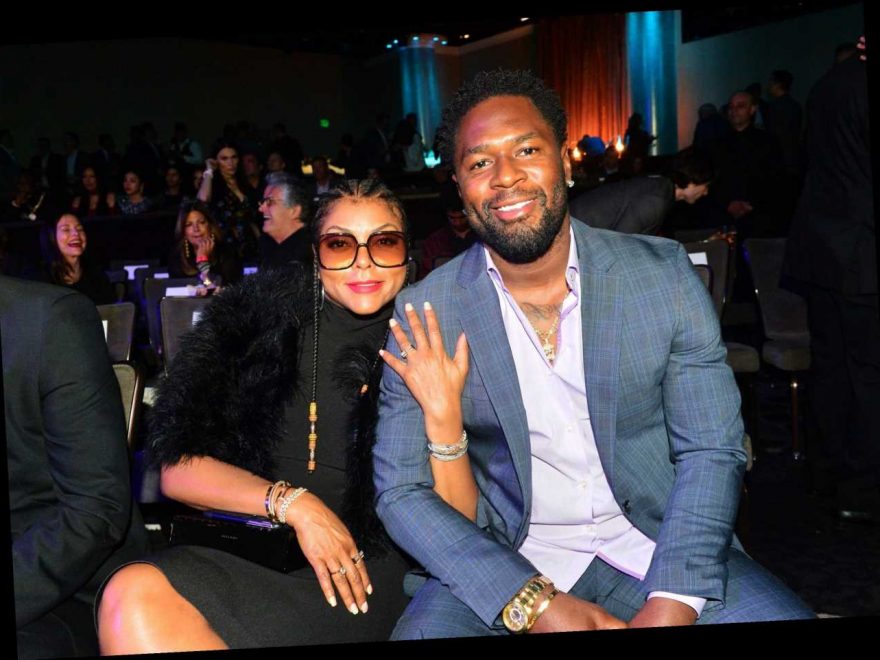 The love and basketball between La La and Carmelo Anthony ended when the pair split in April 2017. They reunited in late 2018 and have been co-parenting their son, Kiyan, while living apart, reports PEOPLE. The couple got married in 2010 and have a 13-year-old son Kiyan who they welcomed in March of 2007.

Soon after celebrating 5 years of marriage and welcoming their son Eissa in January of 2017, singer Janet Jackson and her billionaire husband Wissam called it quits. The couple began dating in 2010 and wed in a secret ceremony in 2012 before pubically celebrating their union in 2013. They officially announced their split in April 2017.

In 2016, reality TV couple and Instagram darlings Omarion and Apryl Jones announced their split, shocking fans all over social media. Omarion tweeted about the breakup and Apryl offered an explanation to fans via Snapchat.

In 2015, singer Kelly Price announced that she and her husband/manager, Jeffrey Rolle, were calling it quits after 23 years of marriage. “After the untimely death of my sister last year, it weighed on me heavily that this was something we needed to do,” said Price in a statement. “I ultimately made the decision to live the best life I can. I ended things because I didn’t want to compromise what true happiness was anymore. There are no hard feelings and I will love Jeff until the day I die!”

On July 21, 2015, the Hamiltons announced they were divorcing after 10 years of marriage. The once happy couple have three children together and released statements promising to remain a solid team when it comes to co-parenting and working on new music. Sniff…Sniff…

In December of 2014, comedian Chris Rock and his wife of nearly 20 years, Malaak Compton-Rock shocked fans by publicly announcing their divorce and requested respect and privacy during the tough time.

In early 2014, romantics all over the country were dealt a shocking blow when they learned that high school sweethearts Paula Patton and Robin Thicke were calling it quits after 22 years together and nine years of marriage. “We will always love each other and be best friends, however, we have mutually decided to separate at this time,” said Patton and Thicke in an exclusive statement when they made the announcement.

Oh no! We were really rooting for Amber Rose and Wiz Khalifa. The model filed for divorce in June 2016, citing “irreconcilable differences” from her husband of 14 months. She posted this adorable photo of their wedding day mere weeks before the split.

Rapper Big Sean called off his engagement to singer-actress Naya Rivera back in April 2014. Rivera married Ryan Dorsey just three months after ending her engagement to Big Sean. Sadly, Rivera passed away tragically in the summer of 2020 from an accidental drowning during a boat ride with her son in California. Thankfully, her son (that she had with Dorsey) survived.

In December of 2013, The Best Man Holiday star Taye Diggs and his wife of 10 years, actress Idina Menzel, announced that they were calling it quits. The once-happy couple always wore matching smiles on the red carpet. They’re also doting parents to son Walker, 10. Their sudden split seemed to took their fans by surprise.

After 14 years together, rapper Nicki Minaj and boyfriend Safaree Samuels called it quits in 2014. Sources say that Samuels was jealous of Nicki’s stardom and it caused a strain on the couple’s relationship. Nicki Minaj based several songs on her album, The Pinkprint, on her former relationship. Today, Minaj is married to Kenneth Petty and the couple welcomed their first child together in the fall of 2020.

The Neely’s are calling it quits after 20 years of marriage. The Down Home with the Neelys hosts released a joint statement saying a divorce was “the best decision” for them. “Moving forward our focus will be on our individual brands and we are optimistic about our respective futures,” they said.

The high-profile couple announced their separation in a joint statement in 2012. “We have had the deepest respect for one another throughout our relationship and continue to love each other very much,” they said.

Back in April 2009 singer Kelis filed for divorce from rapper Nas despite being seven months pregnant with their first child. The couple officially divorced in May 2010.

The shock factor was sky high when songstress Chante Moore took to her Facebook page to announce that she and her husband of nine years, Kenny Lattimore, were divorced. “We both will continue to be devoted parents to our son,” she wrote.

Halle and Gabriel’s storybook union came to an end in April 2010 after five years of dating. Since then, Berry married actor Olivier Martinez in 2013, only to spilt in 2016. The Oscar-winner is a dedicated mother to 11-year-old Nahla and 6-year-old Maceo.

Gorgeous couple Eva Marcille and Lance Gross first broke the news of their split to ESSENCE.com in March 2010, but we’re still reeling. The two young actors were engaged to be married only a few months later in July 2010.

The singer and super producer called it quits after less than a year of marriage in 2010. The couple settled the terms of their divorce in November 2010 and Milian was reportedly awarded $4 million.

Once the toast of the tabloids, there was nowhere pop starlet Rihanna and her boyfriend Matt Kemp weren’t photographed. So when that just stopped, everyone knew something was up. Kudos to them for keeping their breakup private.

Janet Jackson and boyfriend Jermains Dupri were together for over five years before calling it quits in 2010. She credits the hip hop producer with changing her life.

News broke that Shaunie and Shaquille O’Neal were headed for divorce at the end of 2009. Since then, Shaunie’s been riding solo as the executive producer and reality TV star of “Basketball Wives.”

Tennis star Serena Williams and rapper/actor Common split in 2010 and broke our hearts. Williams is now married to tech entrepreneur Alexis Ohanian with whom they have a 3-year-old daughter.

When Toni Braxton engaged in a little on-stage lip action with singer Trey Songz at the 2009 Soul Train Awards, the rumormill went wild, alleging that Braxton and her husband Keri Lewis – formerly of Mint Condition – had split. The suspicions were right. Soon after the award show, it was revealed that the two were no longer.

When a ticked off Garcelle Beauvais sent an e-mail to “NY Post” outing her cheating husband, we all went, “Say what?!” Nilon was involved in a five year relationship “with some slut from Chicago,” Beauvais told the newspaper in June 2010.

Freeman and Colley-Lee split in 2010 amid allegations of cheating (on his part). Miss Myrna was one smart cookie. She got nearly half of the Oscar-nominated actor’s money, some $400 million. Don’t mess with a woman scorned.

While actress Malinda Williams and her hip hop hubby Derrick “D-Nice” Jones have both kept pretty quiet about their relationship, talks that the two had broken up began to spread around October 2009, a little over a year after the couple wed. In February 2010, Jones confirmed to ESSENCE.com that he and Williams were separated.

Jennifer Lopez and Marc Anthony ended their seven-year marriage in July 2011. The rumors of what ended, what seemed like a blissful union, continue.

Longoria and Parker’s tale of divorce had all the makings of a telenovela: the beautiful actress living her life in the spotlight and the cheating basketball star caught in a lie. The couple split in November 2010. This drama had everyone shaking their heads in disbelief.

The former “Real Housewives of Atlanta” star and her ex-NFL player husband Ed Hartwell are called it quits in August 2011, after five years of marriage. They have a 13-year-old son together, Ed. Jr.

After 14 years of marriage, Laurence Fishburne and Gina Torres quietly ended their marriage in fall of 2016. For nearly a year, the couple wed in 2002 and have one daughter, Delilah, together.