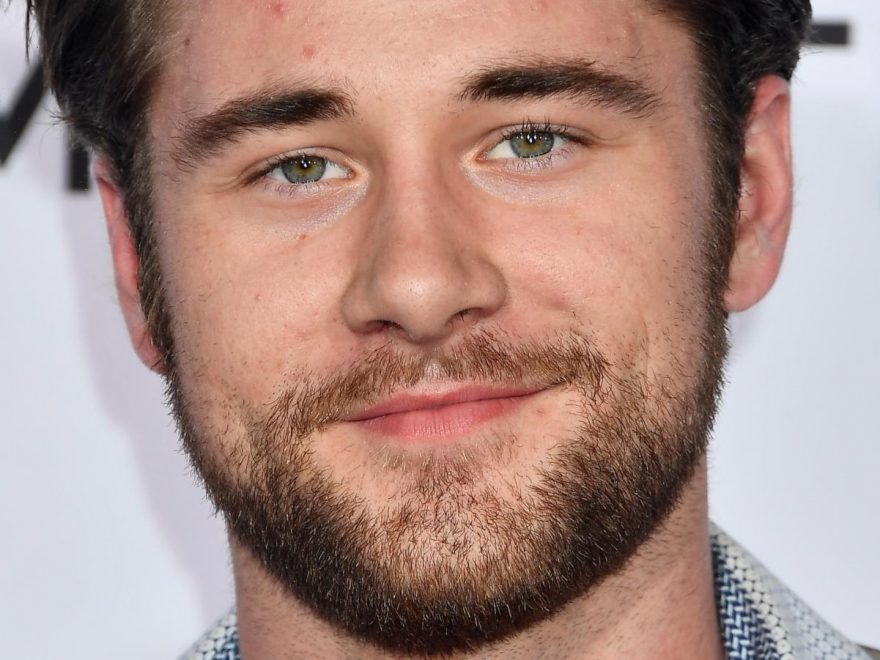 Luke Benward has been making a name for himself in Hollywood since he was a kid. Having worked with everyone from Nicolas Cage to Jennifer Aniston to Melissa McCarthy, the actor has already accomplished so much in his career. And with his new thriller “Wildcat,” which focuses on a journalist who is taken hostage while on assignment in the Middle East, Benward proves that he’s ready for grittier roles.

Speaking to Nicki Swift, Benward revealed, “I’m excited for people to see ‘Wildcat.’ It was one that I felt immensely connected to, and … I think that it’s really true art, and true art inspires and convicts, and I think that, that’s what this film does.” “Wildcat” hits select theaters on April 23, and is available on Digital and On Demand beginning on April 27.

Nicki Swift caught up with Luke Benward to find out all about “Wildcat,” the film’s intense filming process, and what drew the actor to the project.

Luke Benward was excited to star in 'intense' thriller 'Wildcat'

Luke Benward found fame in Disney movies like “Minutemen” and “Cloud 9,” as well as on the Disney Channel show “Good Luck Charlie.” Since then, he’s appeared alongside Jennifer Aniston in the Netflix movie “Dumplin’,” and played Melissa McCarthy’s love interest in “Life of the Party.” Speaking to Nicki Swift, Benward revealed what initially drew him to “Wildcat.”

“The cool thing about it is, I try and describe it, and it’s equally a drama as it is thriller,” he explained. “It’s very rare that something in that genre has the levity and the emotion that ‘Wildcat’ does. Obviously that, as an actor, was something that was a dream.”

The movie focuses on a journalist (Georgina Campbell) who is taken hostage by a militant group. Benward plays a soldier who is held captive in the same cell, with much of the tense film taking place in one small room. “It was something that was so intense, but so connected and well done,” Benward said. “And Jonathan W. Stokes is a phenomenal filmmaker and a great collaborator. That all drew me to it initially.”

How Luke Benward knew he had to make 'Wildcat'

Luke Benward was instantly drawn to his new movie “Wildcat” for an important reason. “What drives me in this industry is art that changes people and forces them to feel and think, and I got done with this script on my first read and I needed a breath,” Benward told Nicki Swift. “It was tough. It was tough on the page even, and tough in the sense that it’s intense, but also tough in the sense of it’s very introspective and it allows for a lot of liberties to be taken by the audience, and I thought that was beautiful.”

In fact, Benward was so enamored with the film that he fought to be a part of it. “I got done, and I immediately responded and was like, I would kill to be a part of this part of this project,” he revealed. Plus, “Wildcat” made for an interesting work experience for Benward. “I was anticipating a very intense process, so I think that helped alleviate some of the stress,” he explained.

Benward continued, “It honestly was overall really refreshing, because with the one set, a lot of the intangibles are thrown out the window … because you know what you’re working with, so that helps. But also it allowed for us to shoot in sequence, which is something that’s unheard of.”

“Wildcat” hits select theaters on April 23, and is available on Digital and On Demand from April 27.