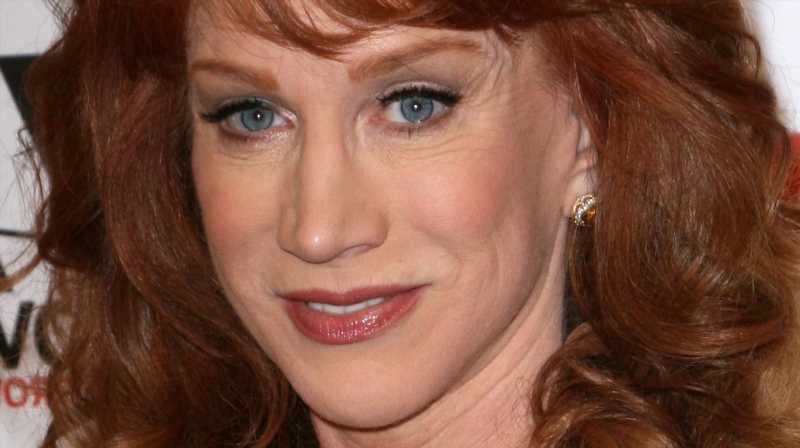 Kathy Griffin is sharing her cancer diagnosis with the world. The reality star and comedian has been in the public eye for decades and infamously gave fans a peek behind the scenes at her life with her Bravo reality series, “Kathy Griffin: My Life on the D-List,” which ran from 2005 until 2010.

The star’s career has been full of ups and downs, no more so the latter than when Griffin caught some serious heat in May 2017 for holding up a mask made to look like the severed head of then-president Donald Trump during a photo shoot. The star shared the photos across her social media accounts but apologized for the controversial move shortly after following a wave of backlash, with Griffin claiming in her since-deleted Twitter apology video that she went “too far” (via The Telegraph).

However, Griffin then took back her apology during an appearance on the Australian morning show “Sunrise” in August 2017 when she described the reaction as “BS.” She later posted a video to her YouTube account, titled “A Hell of a Story,” in which she claimed the controversy led to her being put on the no fly list and investigated by the FBI.

Griffin somewhat stepped back from the public eye for a while in the wake of the firestorm and lost several gigs, but appeared to be in the process of making her big comeback. Now, she’s sharing devastating news about her cancer diagnosis. Read on for what we know.

Kathy Griffin is having surgery to remove half of her lung 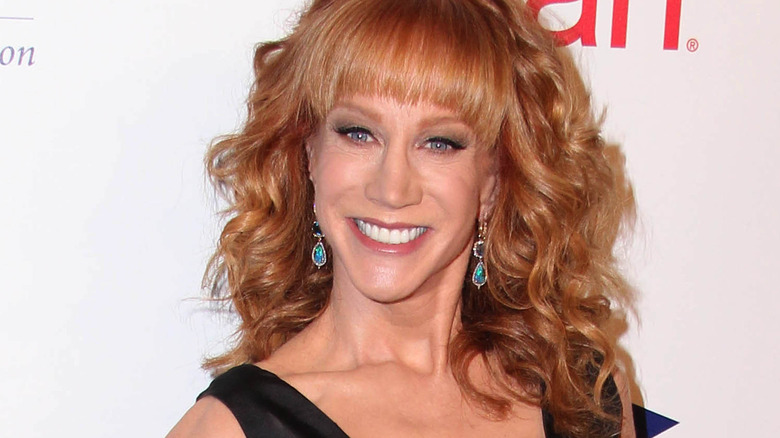 Kathy Griffin shared the news that she has lung cancer, confirming her diagnosis in a post shared to her Twitter account on August 2. She explained that she’d “never smoked” but was “about to go into surgery to have half of [her] left lung removed.”

As for how serious Griffin’s cancer is, she told fans it was stage one and “contained to [her] left lung,” with doctors being “very optimistic” about her chances of recovery. She shared that she should “hopefully” not have to undergo chemotherapy or radiation and is expected to be able to breathe normally, while noting being fully vaccinated against COVID-19 made her diagnosis a little less “serious.” The “Hollywood Squares” regular added she “should be up and running around as usual in a month or less.”

Griffin also referenced the difficult few years she experienced in the wake of the Donald Trump scandal, calling it “a helluva 4 years, trying to get back to work, making you guys laugh and entertaining you” but assured her followers she was “gonna be just fine.”

Griffin is expected to open up more about her cancer diagnosis on “Nightline.” In a sneak peek at the August 2 episode, the comedian explained she was not in “denial” about her health issues but shared she had definitely been “in shock.”