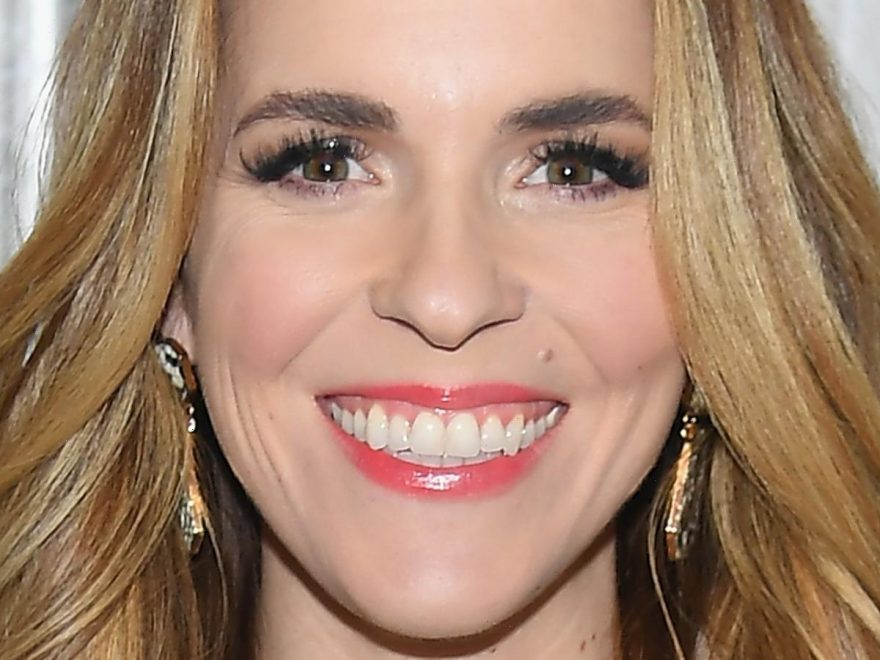 If you find yourself flipping through lifestyle books, then you are familiar with Rachel Hollis, author of the acclaimed “Girl, Wash Your Face” and “Girl, Stop Apologizing.” According to her website, she aims “to give you tools and show you what’s possible for your one and only life.”

The success of “Girl, Wash Your Face” thrust Hollis into the spotlight and her brand Hollis Co. grew exponentially with the release of journals, planners, and her daily livestream, “Start Today,” according to The New York Times. In 2019, Hollis was soon a fixture on the motivational speaker circuit, netting between $100,000 and $200,000 for each gig. The brand continued to grow, and Hollis basically became an Instagram influencer in 2020 — in addition to hosting her Rise conferences for women.

However, ex-employees paint a different picture of the sunny woman who dishes out positivity online. Former executive assistant Ali Mudano said her boss evolved, and not in a good way. “When Rachel wrote her books, she was a mom struggling through it like the rest of her base, it was authentic,” she said, per the NYT. “But at some point in her rising stardom, it shifted from her wanting to be relatable to her wanting to exist in a different category.”

It seems that fans are not loving the new Hollis. Keep reading to see she’s getting backlash from fans over an April incident.

Rachel Hollis made a big mistake during a livestream

Motivational speaker and author Rachel Hollis incensed fans when she posted a TikTok in April, per the New York Times, that mentioned her housekeeper who “cleans the toilets.” One commenter referred to her as “privileged” and ‘unrelatable,'” and it only got worse from there.

Hollis fired back at the commenter and, while acknowledging she is “super freaking privileged,” says she “worked my ass off so I can have the money to have someone come, twice a week, to clean my toilets.” She doubled down on her stance, noting, “Literally everything I do in my life is to live a life that most people can’t relate to … Literally every woman I admire in history was unrelatable.” She added a caption including Harriet Tubman, Oprah Winfrey, and others, per the NYT.

Her followers felt betrayed by a woman who usually posted wholesome, family content, and were furious with her behavior. Louiza Duran, an anti-racism and anti-oppression educator, said in an Instagram live that Hollis’ referral to her housekeeper “clean[ing] the toilets” was “the most disgusting capitalistic, privileged flex.”

Hollis later apologized in an Instagram statement, writing, in part: “I know I have disappointed so many people, myself included, and I take full accountability.” She also noted she “caused tremendous pain” by not letting fans have an outlet to give constructive criticism and express their hurt. Per the NYT, Hollis is now down 100,000 Instagram followers and canceled an upcoming YouTube conference.