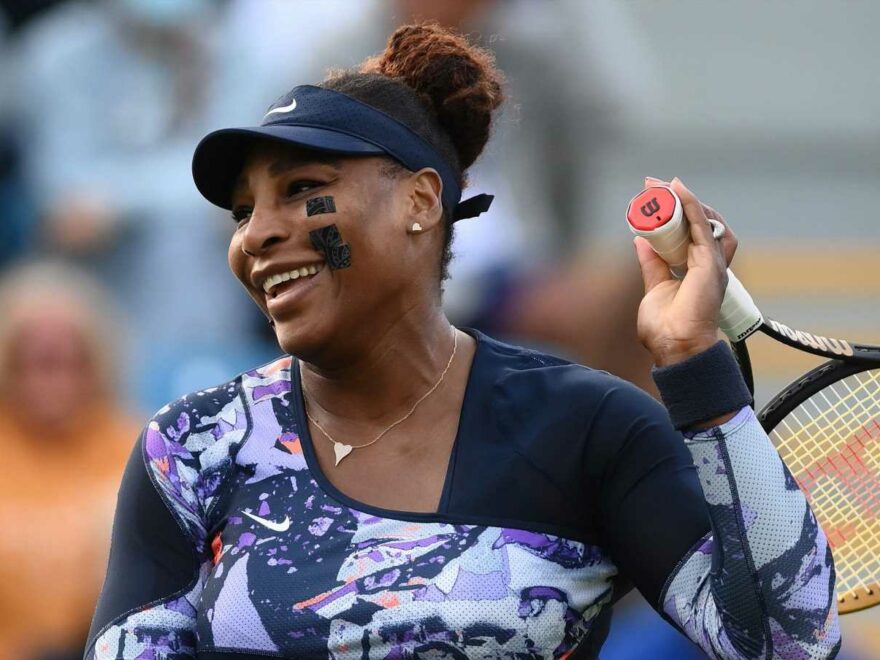 If you’re currently reading this, it’s safe to assume you have internet access…which means you’ve probably already been informed that Serena Williams announced her departure from professional tennis today. In an essay she penned while on the cover of Vogue, Serena confirmed she will be stepping away from tennis to focus on other ventures.

“I have never liked the word retirement,” the star began. “Maybe the best word to describe what I’m up to is evolution. I’m here to tell you that I’m evolving away from tennis, toward other things that are important to me.”

Serena expanded on her decision and said one of her hopes for the future is to grow her family—something she, as a woman, would have more difficulty doing than a man in her field. “I never wanted to have to choose between tennis and a family. I don’t think it’s fair. If I were a guy, I wouldn’t be writing this because I’d be out there playing and winning while my wife was doing the physical labor of expanding our family.”

Oop! Here’s a visual of me trying to spot the lie in what she’s saying:

Also woven into the article is the suggestion that Serena’s last tournament might just be after the U.S. Open, which begins later this month and runs through to the start of September. “Unfortunately I wasn’t ready to win Wimbledon this year,” she said when talking about her games earlier this summer. “And I don’t know if I will be ready to win New York. But I’m going to try. And the lead-up tournaments will be fun. I know there’s a fan fantasy that I might have tied Margaret [Court’s grand slam record] that day in London, then maybe beat her record in New York, and then at the trophy ceremony say, ‘See ya!’ I get that. It’s a good fantasy. But I’m not looking for some ceremonial, final on-court moment. I’m terrible at goodbyes, the world’s worst.” 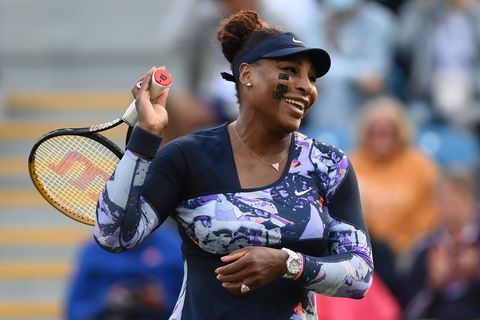 The poignant piece concluded with the pro-athlete confessing that her daughter Olympia, who was born in September 2017, wishes to be an older sister. She also said that she and her husband Alexis Ohanian “recently got some information” from their doctor that makes her feel she can “add to” the family sooner rather than later. However, “I definitely don’t want to be pregnant again as an athlete. I need to be two feet into tennis or two feet out.”

Serena is looking forward to expanding her investment firm, Serena Ventures, which raised $111 million (!!) in outside financing this year. She was even one of the first investors in MasterClass, per the Vogue article. After finding out from Clear’s CEO Caryn Seidman-Beckerthat that only 2 percent of VC money goes to women, Serena has made it her mission to help as many female entrepreneurs as she can. “In order for us to change [the disparity], more people who look like me need to be in that position, giving money back to themselves,” she said.