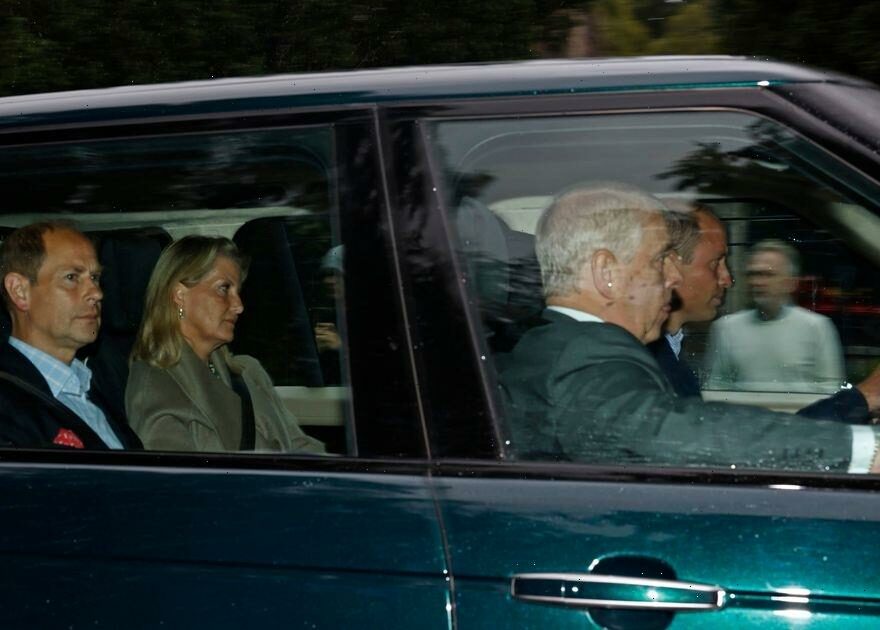 Prince William was spotted driving fellow royals to Balmoral Castle as the family rushed to Scotland to be by The Queen's bedside.

Hours before the sad news of the Queen's passing, the Duke of Cambridge was pictured in the driving seat with uncle Prince Andrew, the Duke of York, by his side while Sophie, Countess of Wessex ,and his uncle Edward, Earl of Wessex, were in the backseats.

The royals made a dash to Scotland to be there for the Queen who, in a statement shared on Thursday afternoon, was revealed to be under "medical supervision" after her doctors became "concerned" for our monarch's health.

Her death was announced on Thursday evening, with a statement from the Palace which read: "The Queen died peacefully at Balmoral this afternoon," a statement read.

"The King and The Queen Consort will remain at Balmoral this evening and will return to London tomorrow."

There was an outpouring of support across the globe for the Queen, with fans, politicians and famous faces sending well wishes.

New Prime Minister Liz Truss said in a statement today: "The whole country will be deeply concerned by the news from Buckingham Palace this lunchtime."

She continued in a Twitter message: "My thoughts – and the thoughts of people across our United Kingdom – are with Her Majesty The Queen and her family at this time."

Meanwhile, other messages of love flooded social media – including ones from celebrities Piers Morgan and Peter Andre.

Journalist Piers said on his Twitter account: "I can’t even imagine Britain without this Queen. Very unsettling day."

While money-saving expert and GMB star Martin Lewis said: "All the Queen's family seem to be rushing to see her. I suspect like many it brings sad memories of perhaps last moments with elderly loved ones.

“Wishing Her Majesty all strength, and the best to all who love her."

And Peter Andre shared a snap of our Queen on his Instagram with the comment: "All we can do now is pray.