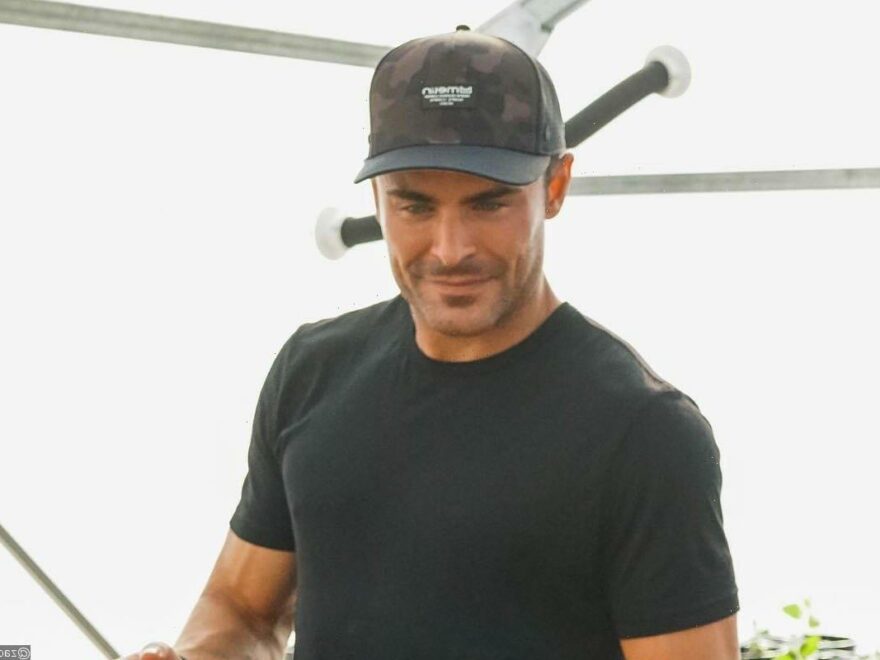 The 34-year-old actor, who steps out to promote his latest movie ‘The Greatest Beer Run Ever’, is photographed looking all smiles while gracing the red carpet at the 2022 Toronto Film Festival.

AceShowbiz –Zac Efron was all smiles while attending the 2022 Toronto Film Festival on Tuesday, September 13. The public appearance, which is the actor’s first after in three years, arrived just days after the “Baywatch” star addressed rumors that he underwent plastic surgery.

The 34-year-old actor, who stepped out to promote his latest movie “The Greatest Beer Run Ever“, was seen in high spirits while gracing the red carpet at the event. “The Greatest Showman” star looked dapper in a gray suit coupled with a black polo neck shirt and black shoes.

Prior to this, Zac made headlines after he broke silence on his 2021 face transformation. The “High School Musical” star, who sent the Internet into a frenzy last year with his look, set the record straight in an interview with Men’s Health for the October cover story.

During the interview, the star revealed that he broke his jaw while running in his house with socks on. He went on to share that he slipped and hit his chin against a granite fountain, adding that he passed out after the incident. Once he woke up, his chin bone was “hanging off his face.”

Zac noted that he worked with a specialist to solve the issue, but Zac said he didn’t keep up with physical therapy when he appeared in the now-viral clip since he was still in Australia. “The masseters just grew,” he stated. “They just got really, really big.”

Back in April 2021, the actor drove the Internet wild after he participated in Bill Nye‘s “Earth Day! The Musical” video with Justin Bieber and Dixie D’Amelio. “A big budget musical spectacular? Bill, wow,” he said in the clip. “I knew you were smart, but I think you’re a genius.”

Fans quickly took to social media to comment on Zac’s “new face.” One person commented, “Holy s**t I can’t believe Zac Efron is Handsome Squidward.” Someone else added, “I refuse to believe this is Zac Efron’s face now…….. yo who did that.” Another user added, “zac efron is only 33, he literally has been one of hollywoods hotties for years…..why did he ruin his face like that.”

Despite the troll, Zad made it clear that he’s unbothered by it. “If I valued what other people thought of me to the extent that they may think I do,” the “Extremely Wicked, Shockingly Evil and Vile” leading man said. “I definitely wouldn’t be able to do this work.”