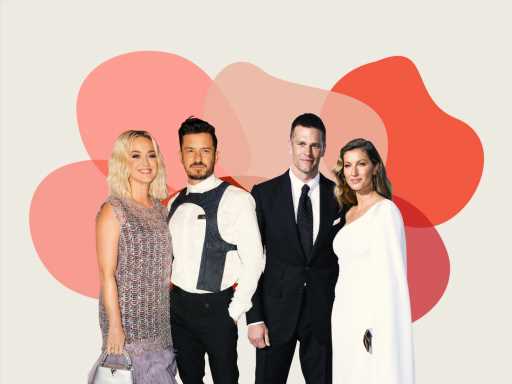 With all the celebrity couples out there, you can pretty much bet that they have a combined bank account that would probably leave your jaw on the floor. But when it comes to breaking down who in the relationship has the highest net worth, well, that’s when things get interesting. In fact, we’ve broken down one trend they we’re happy to see: women making slightly more than the men in their romantic partnerships.


All the Celebrity Couples Who Met on Set

Celebrity finances can be complicated as there’s a lot more to account for than just their base salaries: there are endorsements, partnerships, side projects, speaking engagements, and so much more. But it’s still interesting to see the shift in net worth when we break it down. Let’s take Gisele Bündchen and Tom Brady for example.

While Brady is still one of the best athletes in his sport, it’s his wife whose net worth is higher. When we consider this little factoid, though, it makes sense. For more than a decade, Bündchen was the highest paid supermodel out there. So, naturally, those paychecks would accumulate over time — and did they ever!

Along with Bündchen and Brady, the Williams-Ohanian household is doing quite well, too. In fact, between the 23-time Grand Slam Champion and her Reddit co-founder husband, Serena Williams and Alexis Ohanian have a combined net worth of $250 million — and $210 million of that can be attributed to Williams alone. Looks like their daughter, Alexis Olympia Ohanian Jr., is pretty much set for life, and she has quite the role model to become a high earner herself.

There are quite a few couples that are following this trend of women having a higher net worth than their male partners, and we’re all for it. Read on to see which other celebrity couples fit the bill.