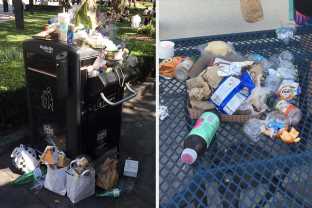 1.Let me just start my TED talk by saying, if you have trash, THROW IT AWAY IN A TRASH CAN!!! 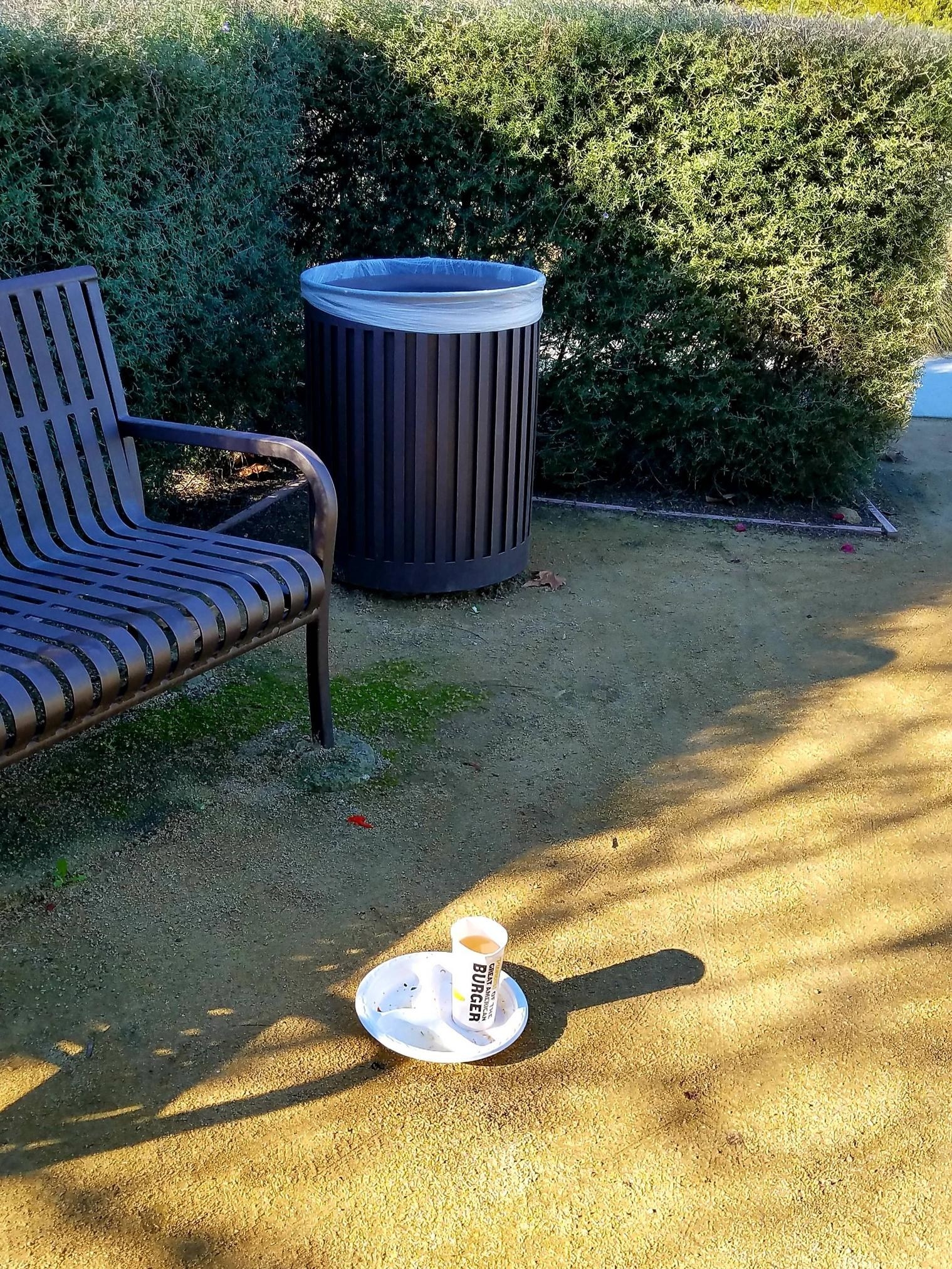 2.It’s literally right there, so why is no one walking the extra three feet??? 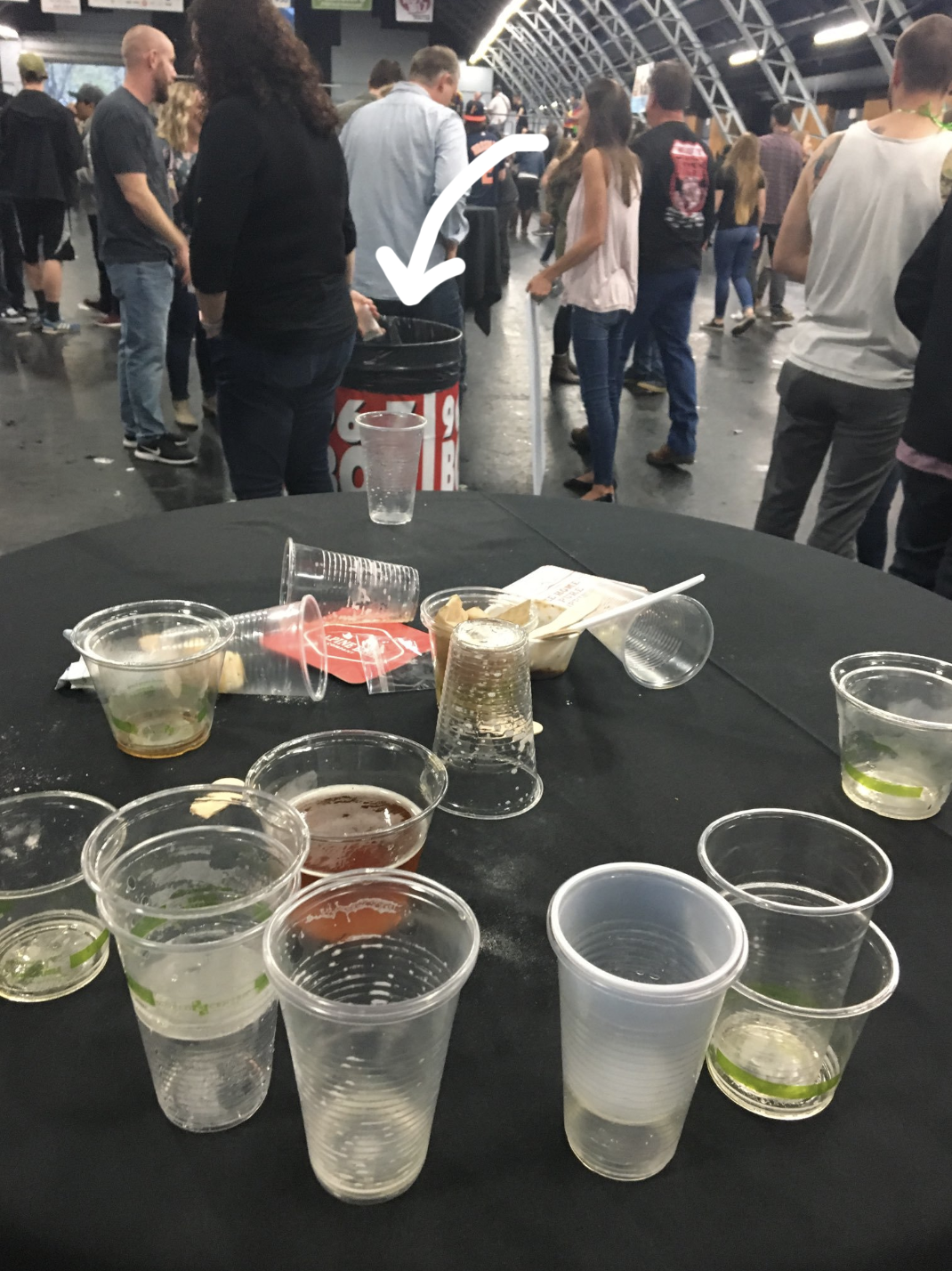 3.It really wouldn’t be hard to chuck it down that chute there.

4.And if it’s on the ground NEAR a trash can (or piling on top of one) it doesn’t count. I repeat, does. not. count. 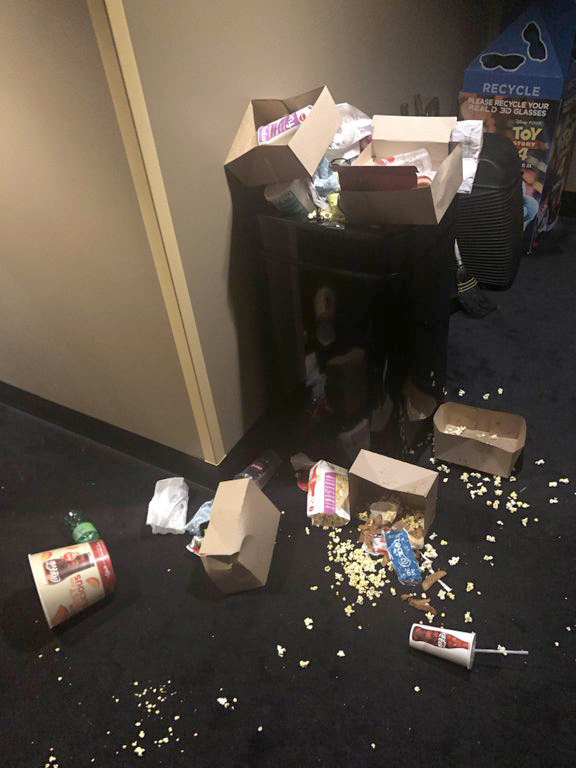 5.You might argue that it’s the problem of the facility or city for not rotating bags out quickly enough, which is an issue on its own… 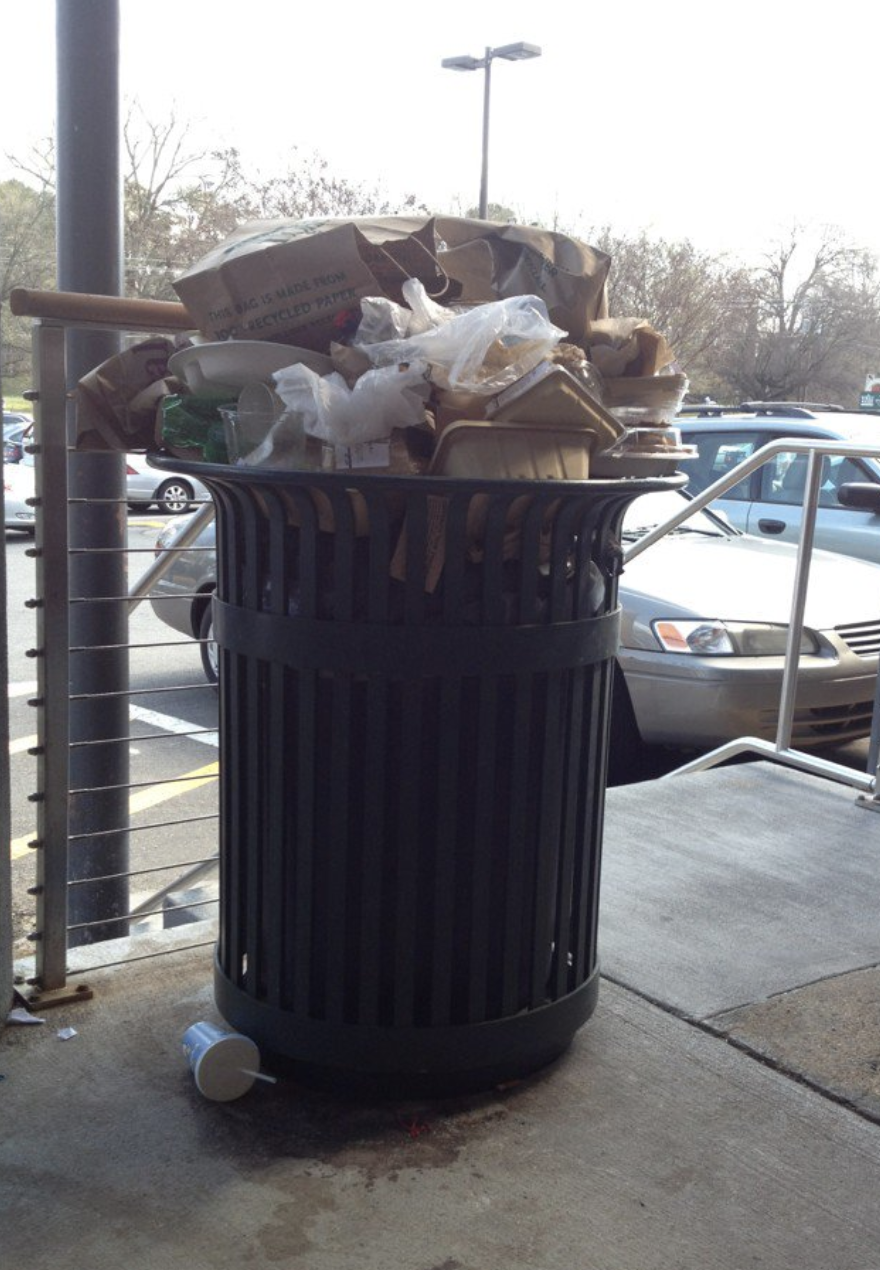 6.…but it’s also common logic to know that adding to the pile isn’t the answer! Someone now has to clean this disaster you just contributed to when you could have just found an emptier bin. 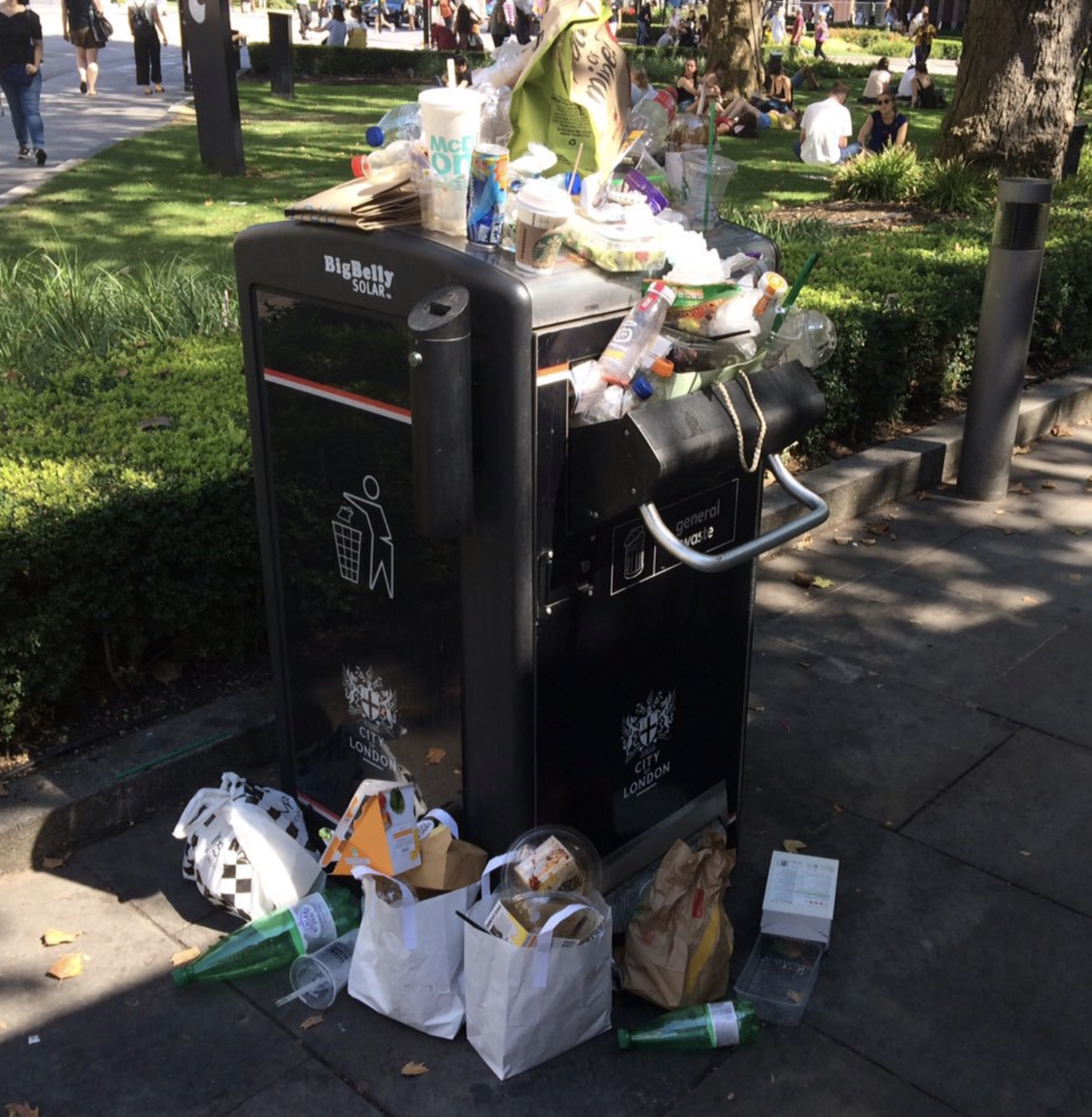 7.If there’s one trash can, chances are there’s another nearby. Hell, there might even be four right next to it. 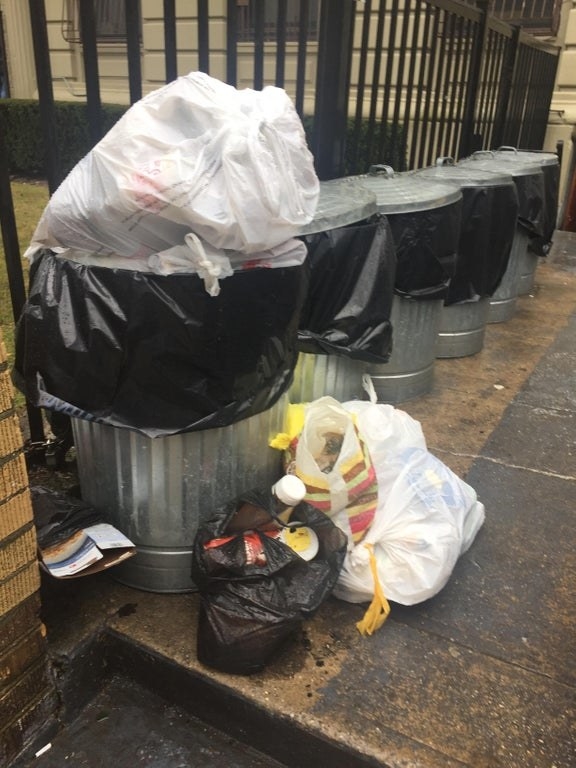 8.Just make sure that trash ends up IN a trash can. Please. I’m begging you. 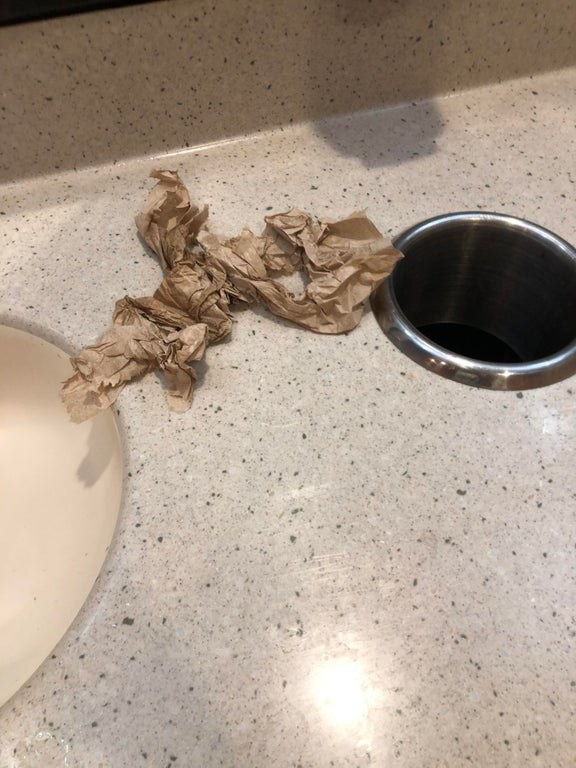 9.This trash can literally has a foot pedal, there’s NO way they could have made it easier. 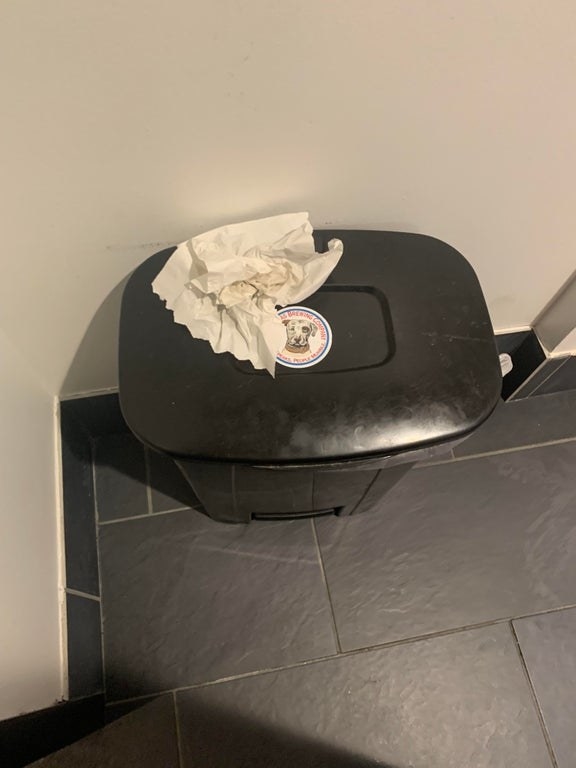 10.Listen, I get it, dumpster and trash can lids are gross, but think about the very real person who has to put in the work you refused to do yourself!

11.Too many people go with the, “Well, this isn’t MY house,” logic and lose all common sense or empathy. 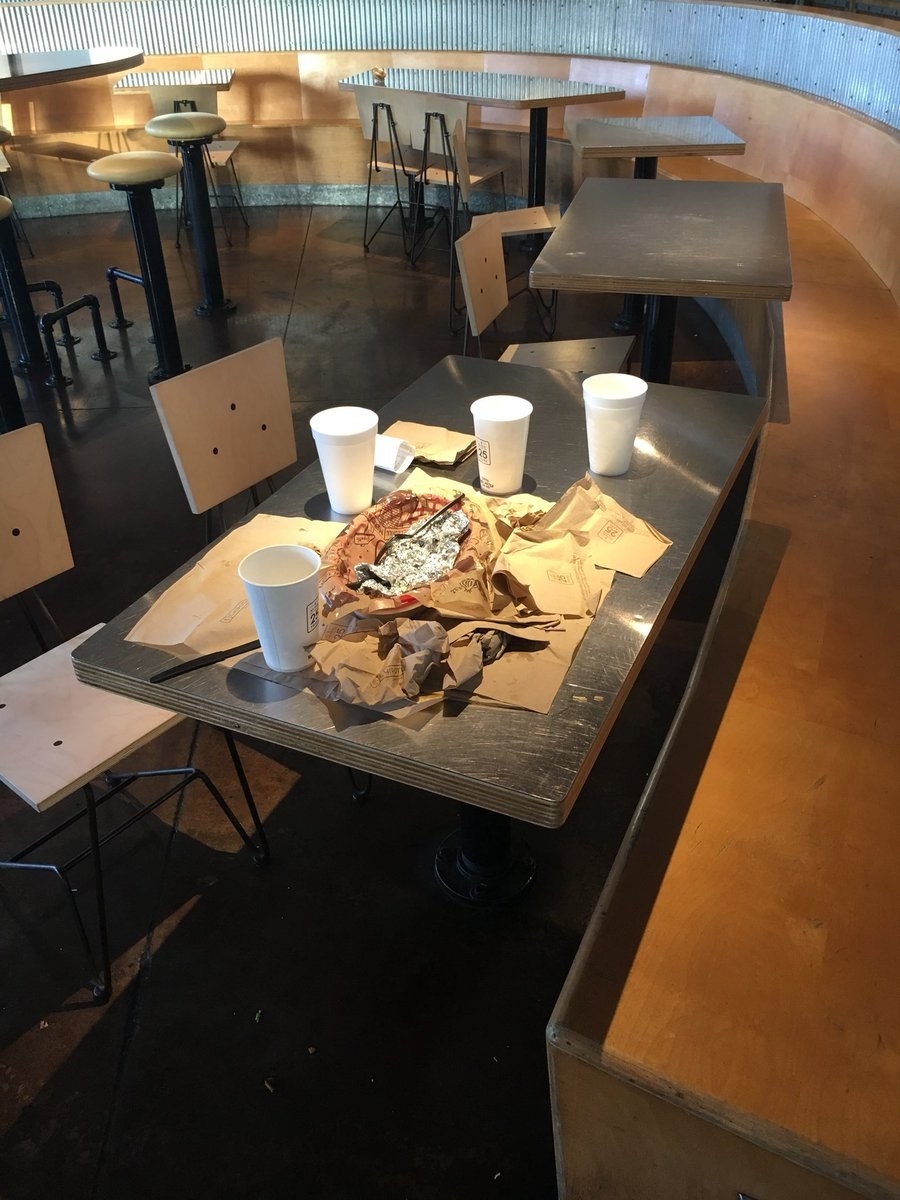 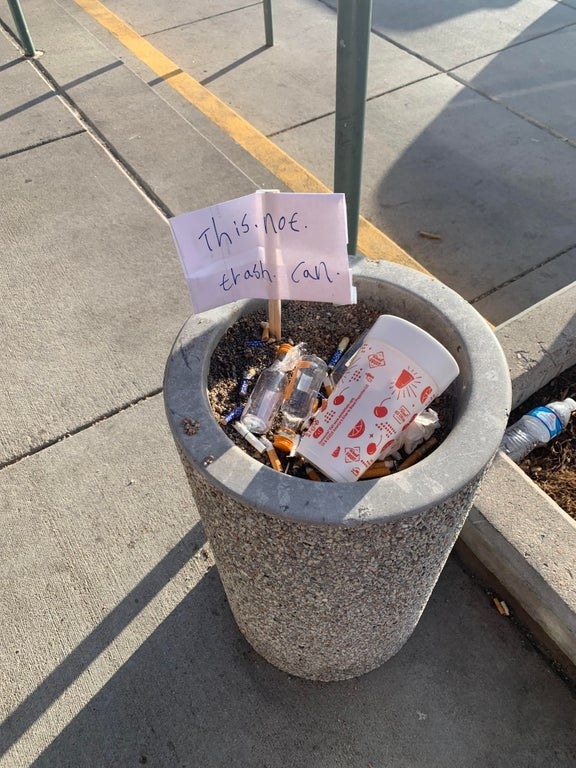 14.You know what is cute? Taking this mess to a trash can (and recycling bin, since there are recyclables here). 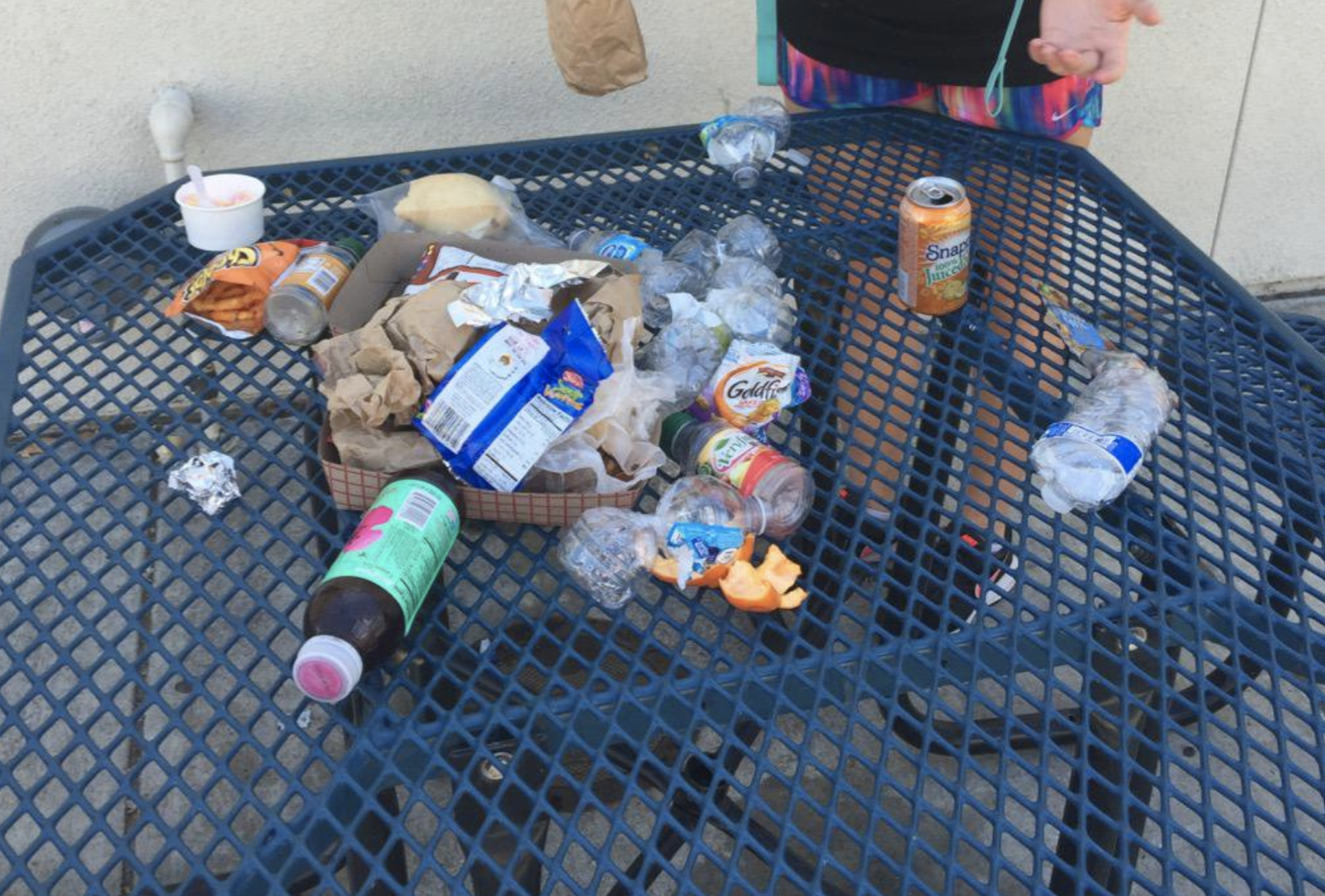 15.In what world is throwing trash on the floor acceptable??? 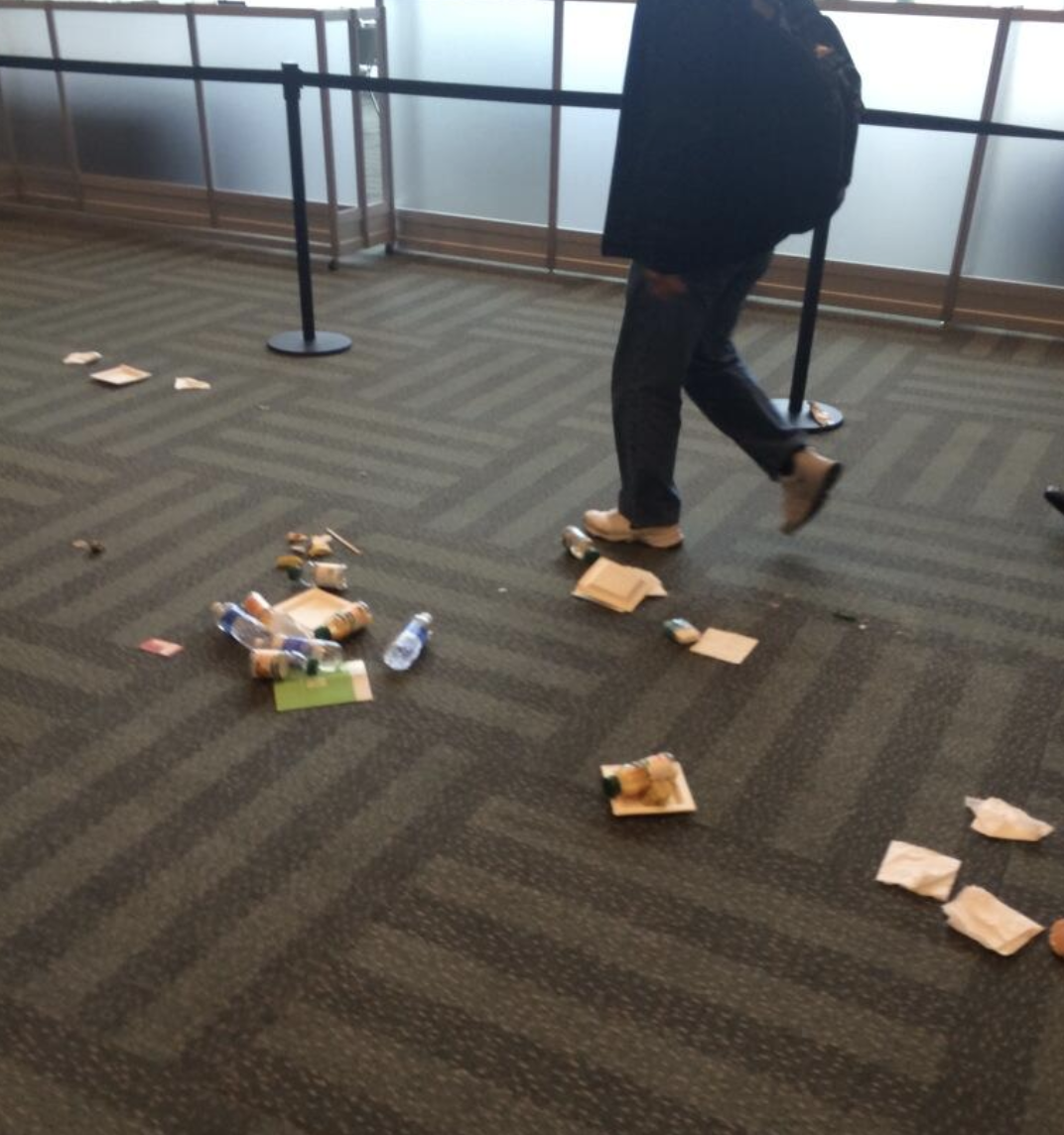 16.We’re not raccoons. No one wants to pick your garbage up for you. 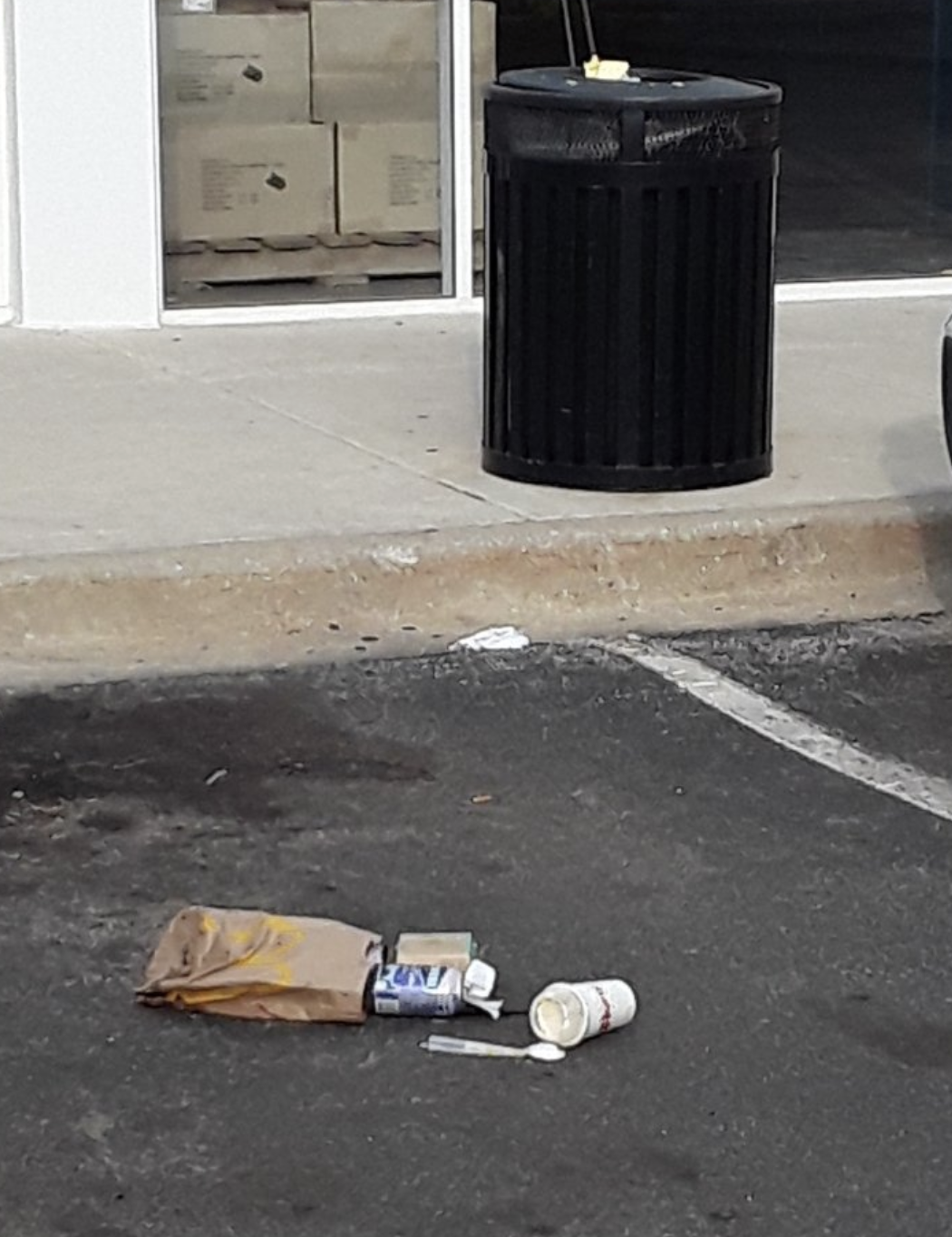 17.So in conclusion, stop being lazy. Put your damn trash in a bin where it belongs, and don’t throw it in a toilet like this person here. TED talk over. 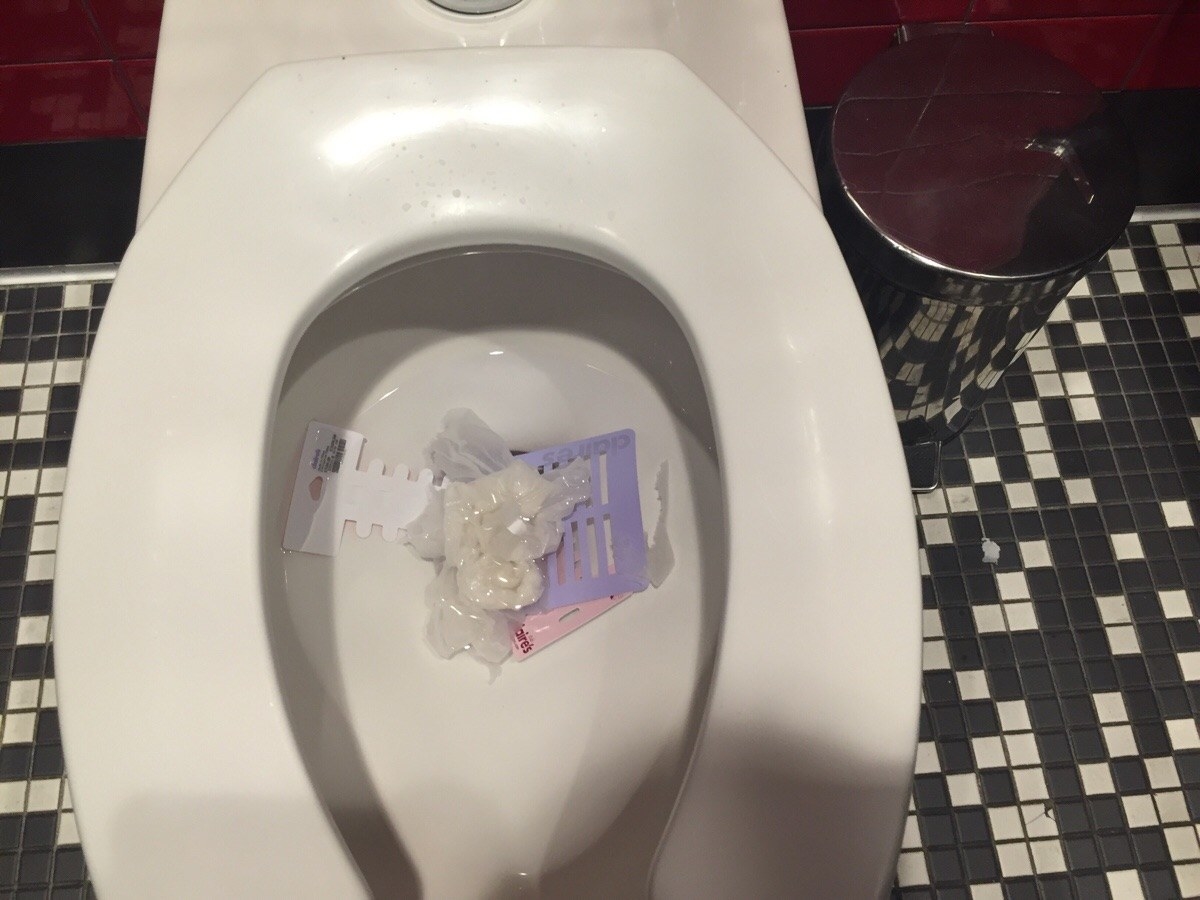