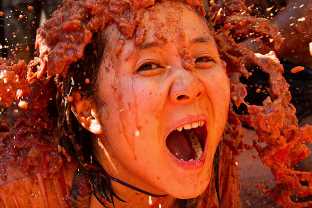 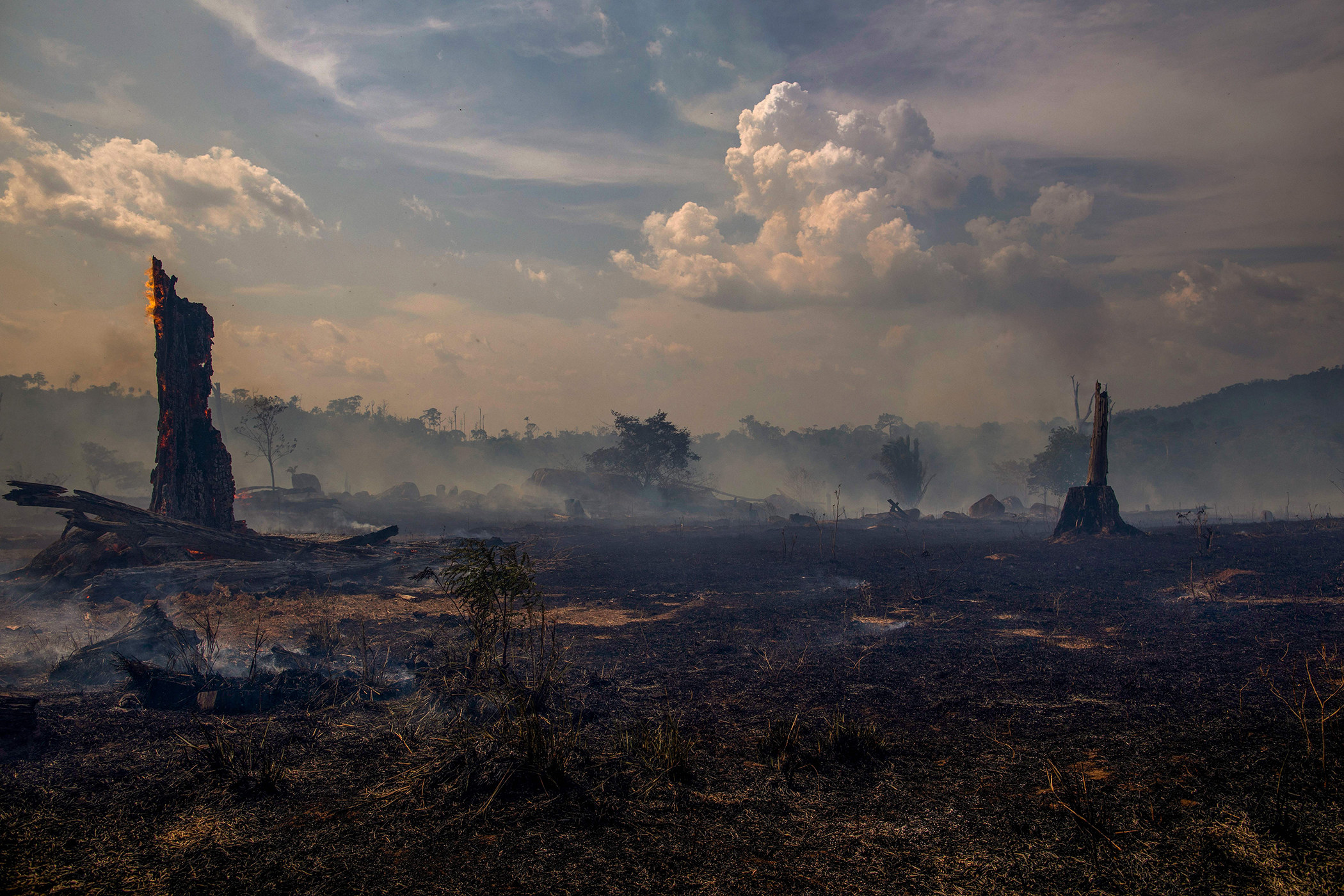 An area of forest in Altamira, Brazil, is left in ashes following widespread fires, Aug. 27. 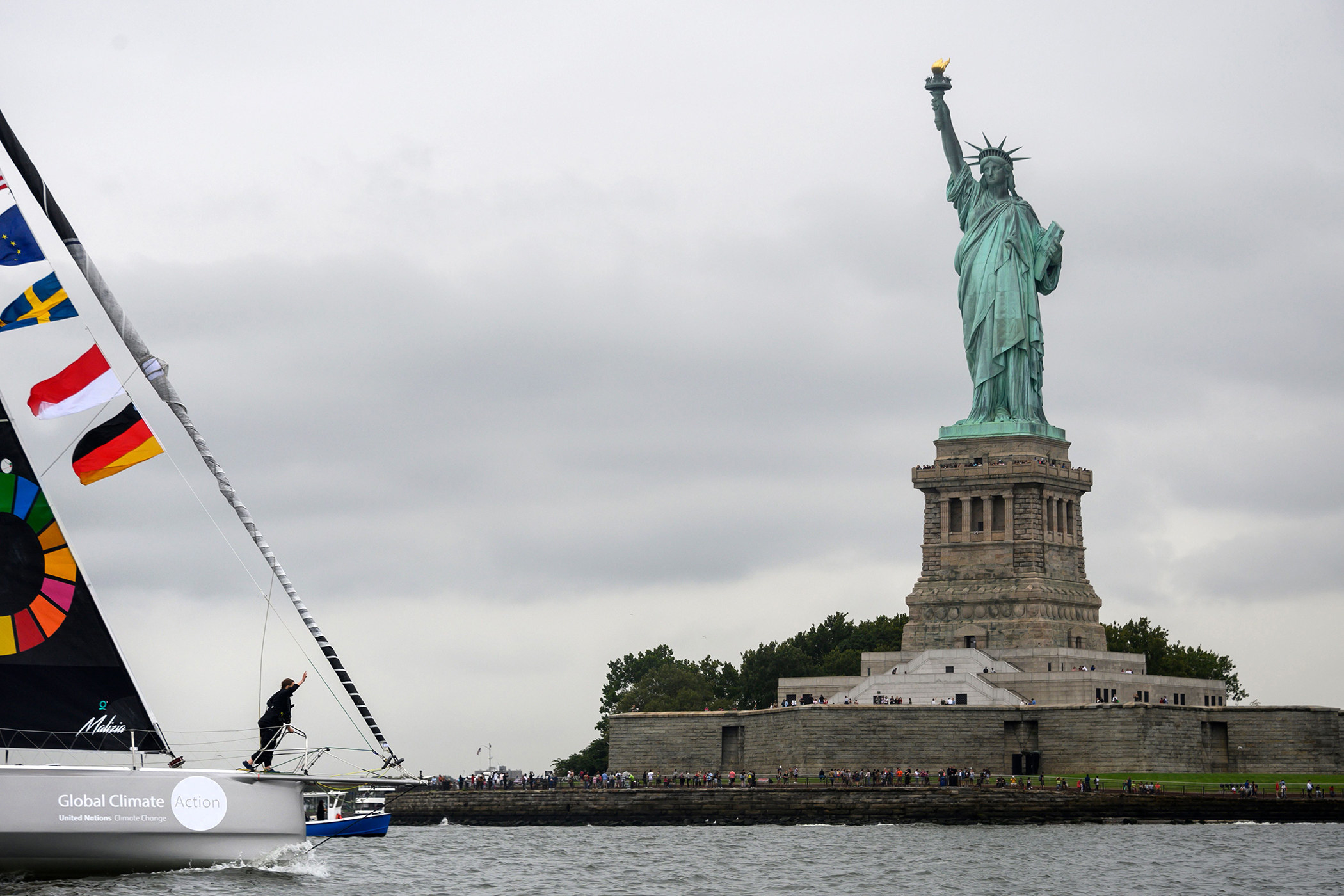 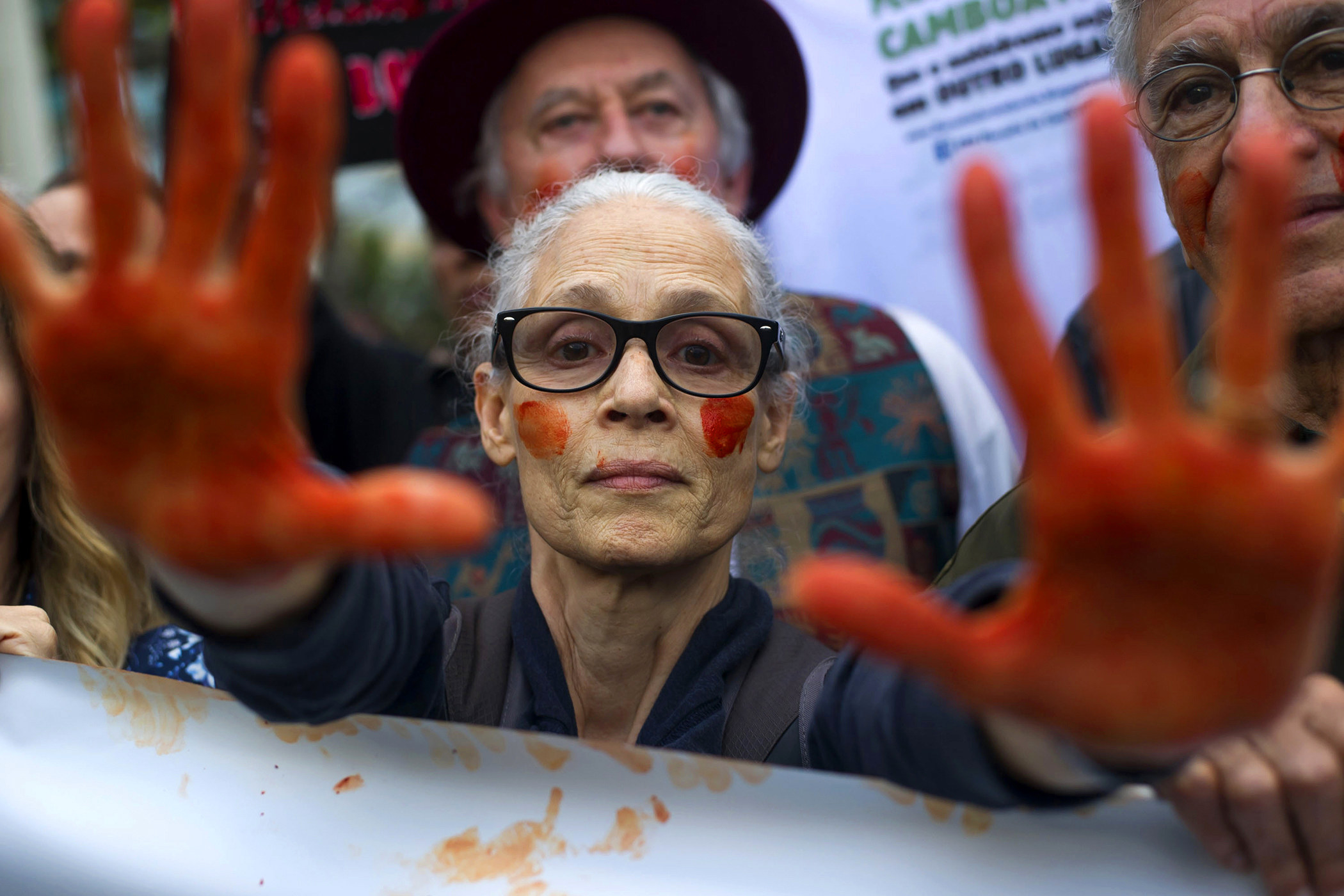 Brazilian actress Sonia Braga shows her hands painted red, representing blood, during a protest in defense of the Amazon as fires burn in that region, in Rio de Janeiro, Brazil, Aug, 25. 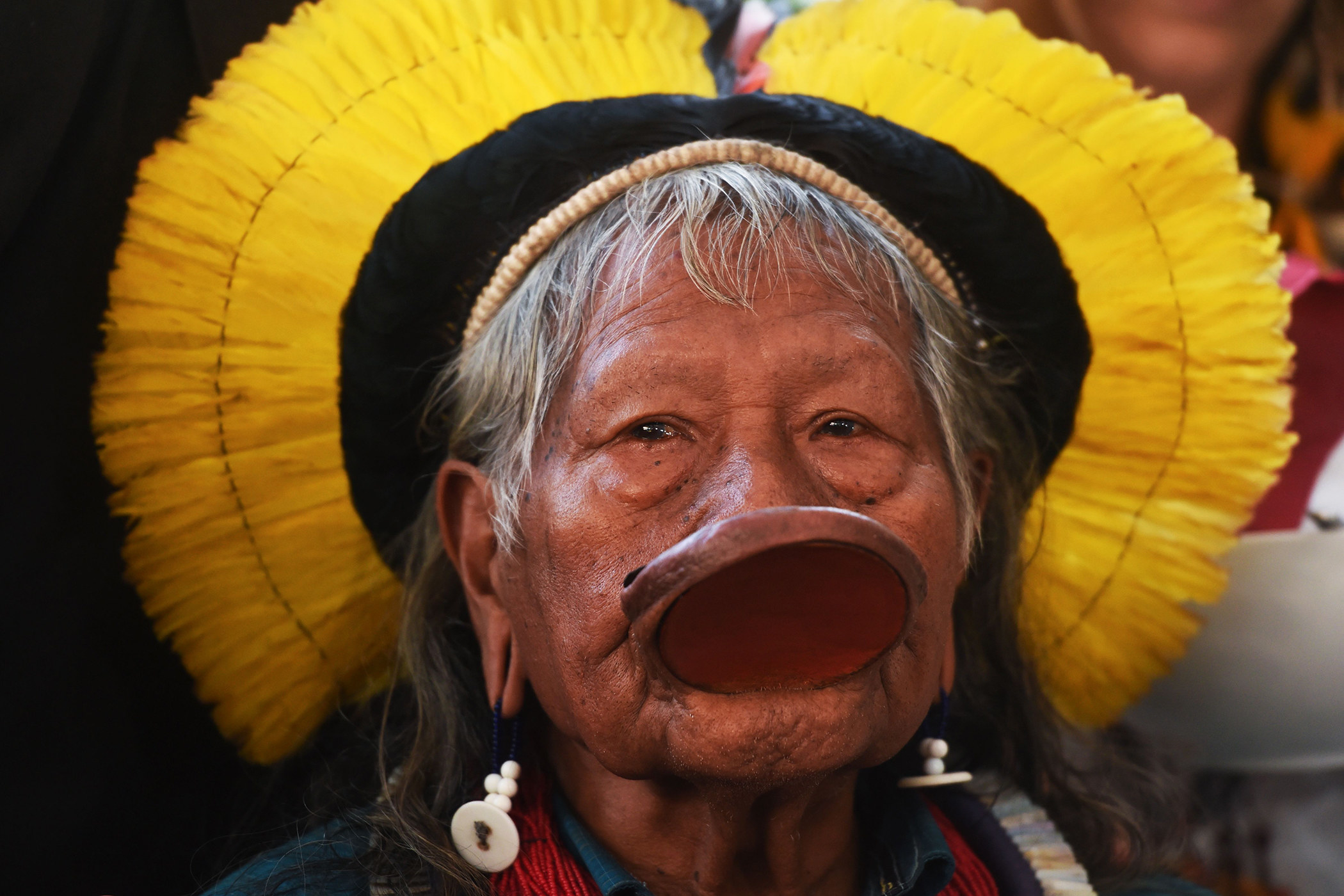 Brazil’s indigenous chief Raoni Metuktire of the Kayapo people arrives to give a press conference in Bidart, France, on Aug. 26, as the annual G7 Summit draws to a close. 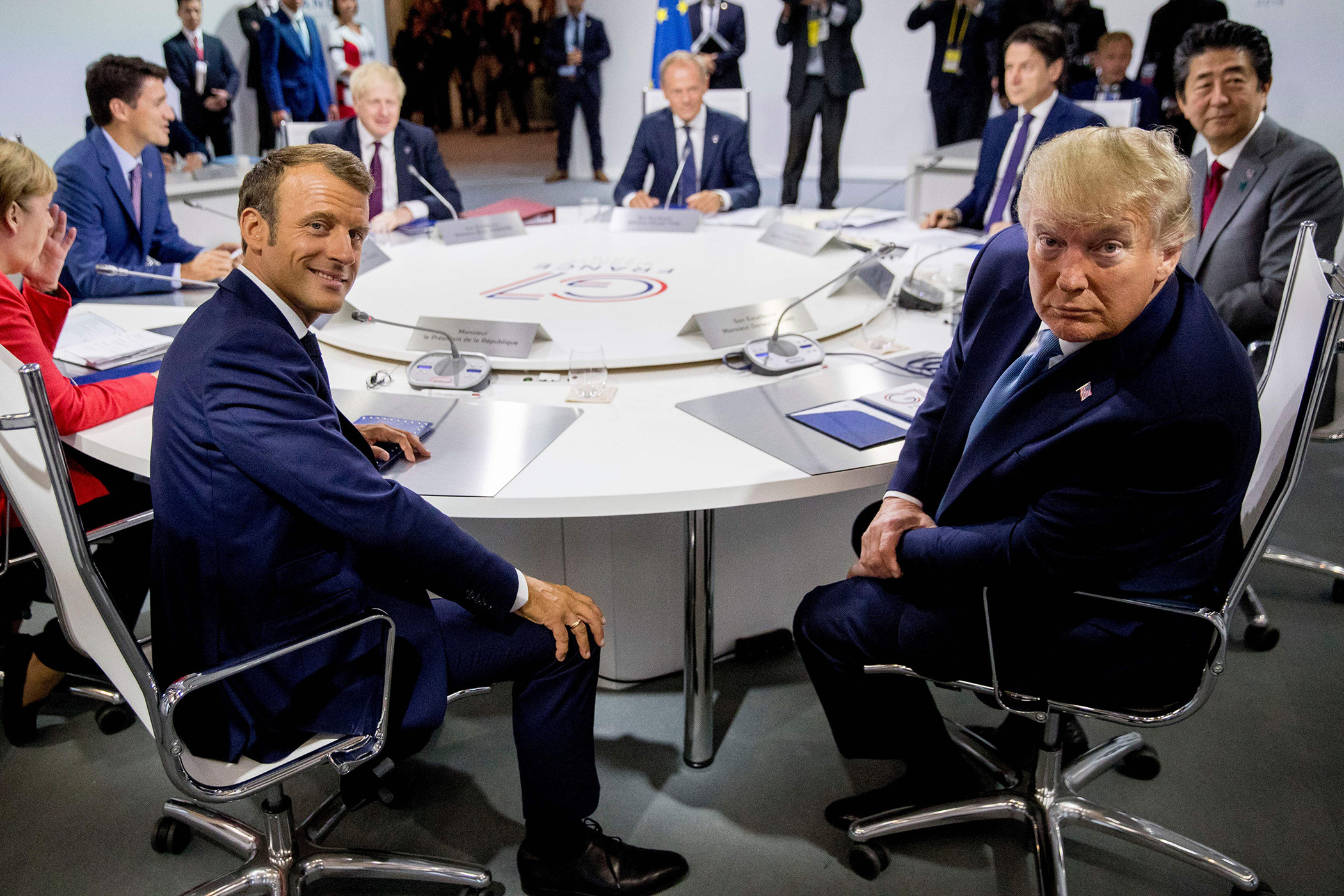 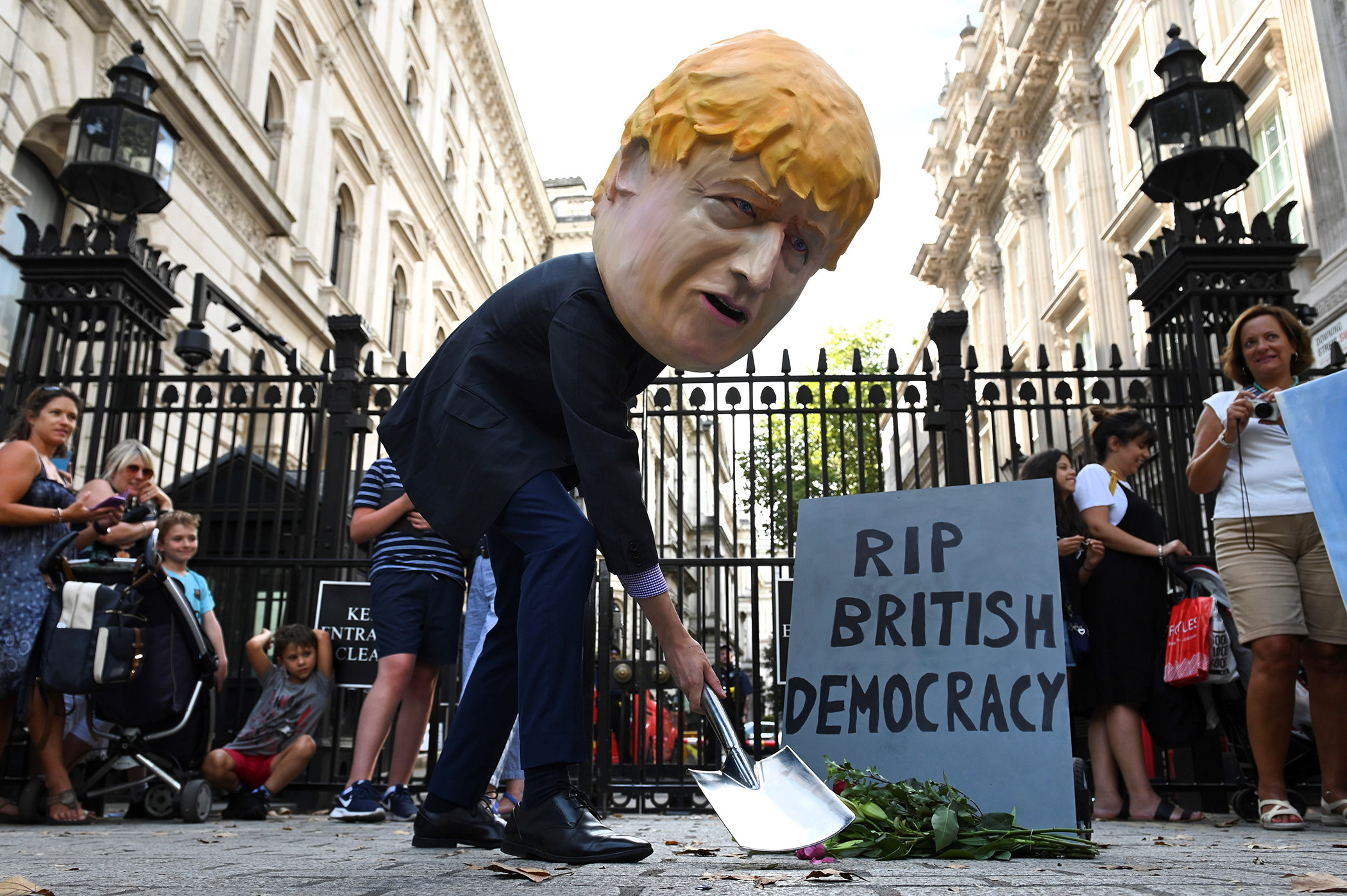 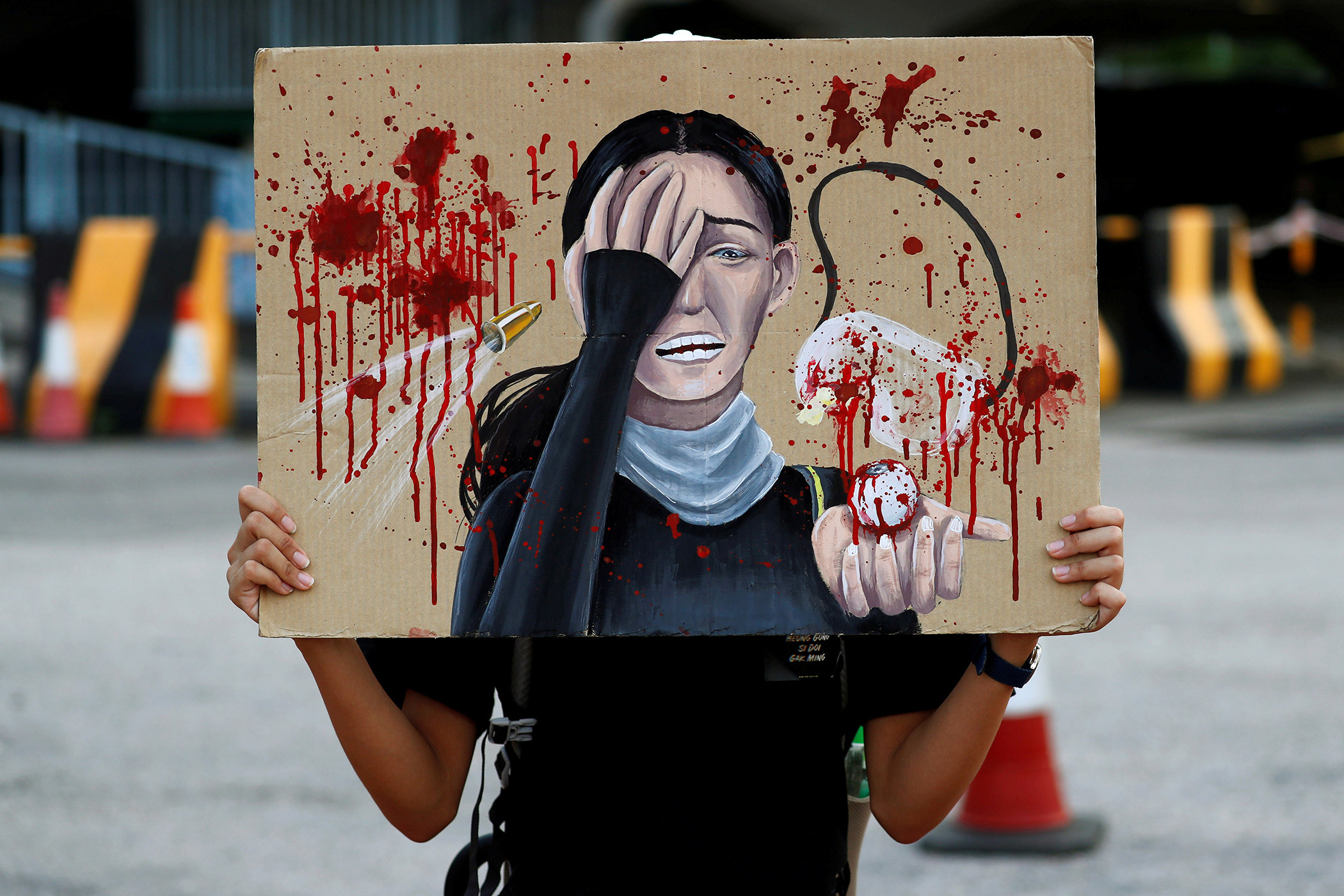 A student holds a sign honoring a woman who was shot in her eye at a protest, during a rally to call for political reforms outside City Hall in Hong Kong, Aug. 22. 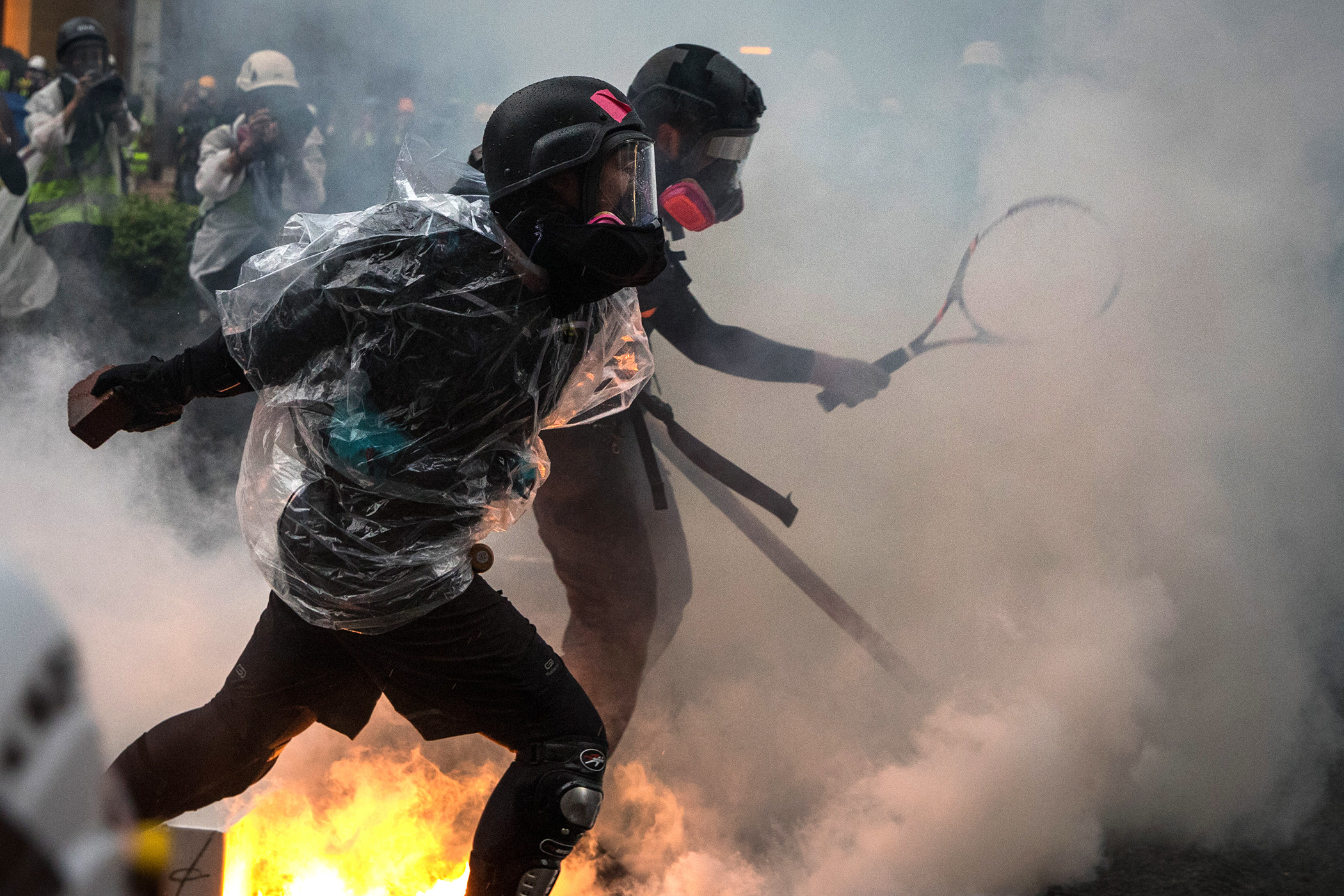 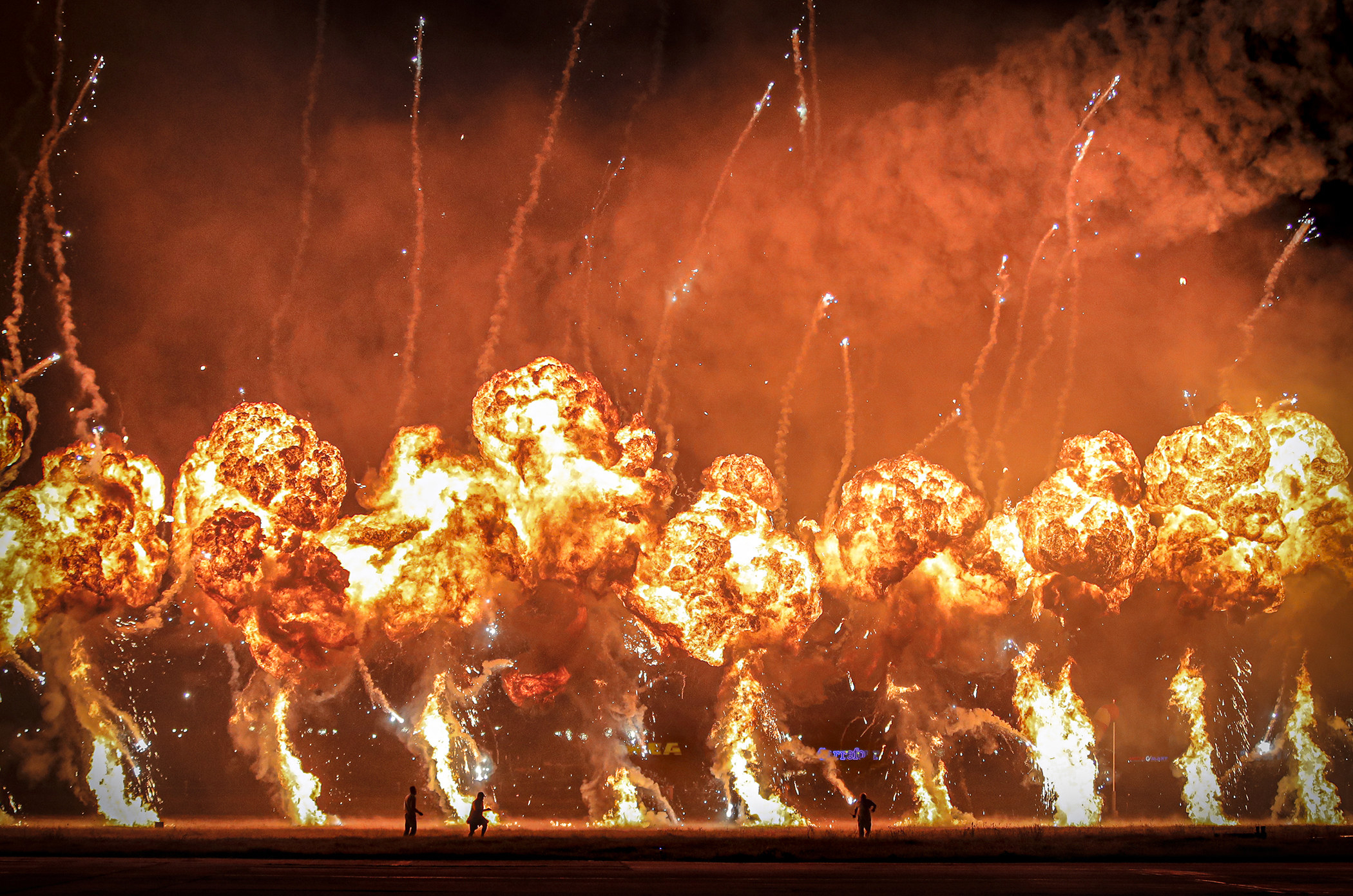 Technicians are backdropped by pyrotechnics going off during an international air show in Bucharest, Romania, Aug. 24. 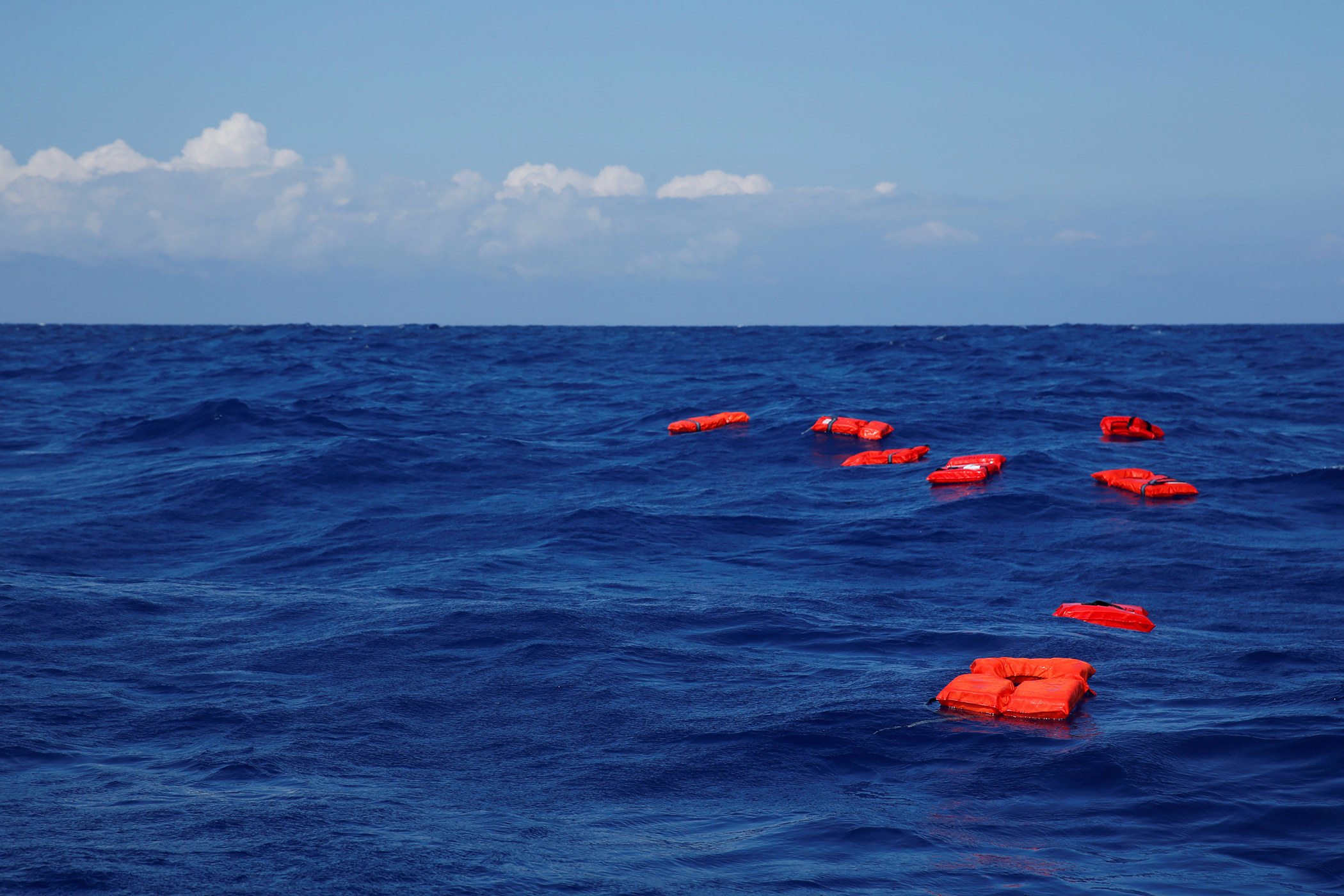 Life jackets float on the water during a training exercise by the German NGO Sea-Eye, while on its way to a search and rescue zone off the North African coast, Aug. 29. 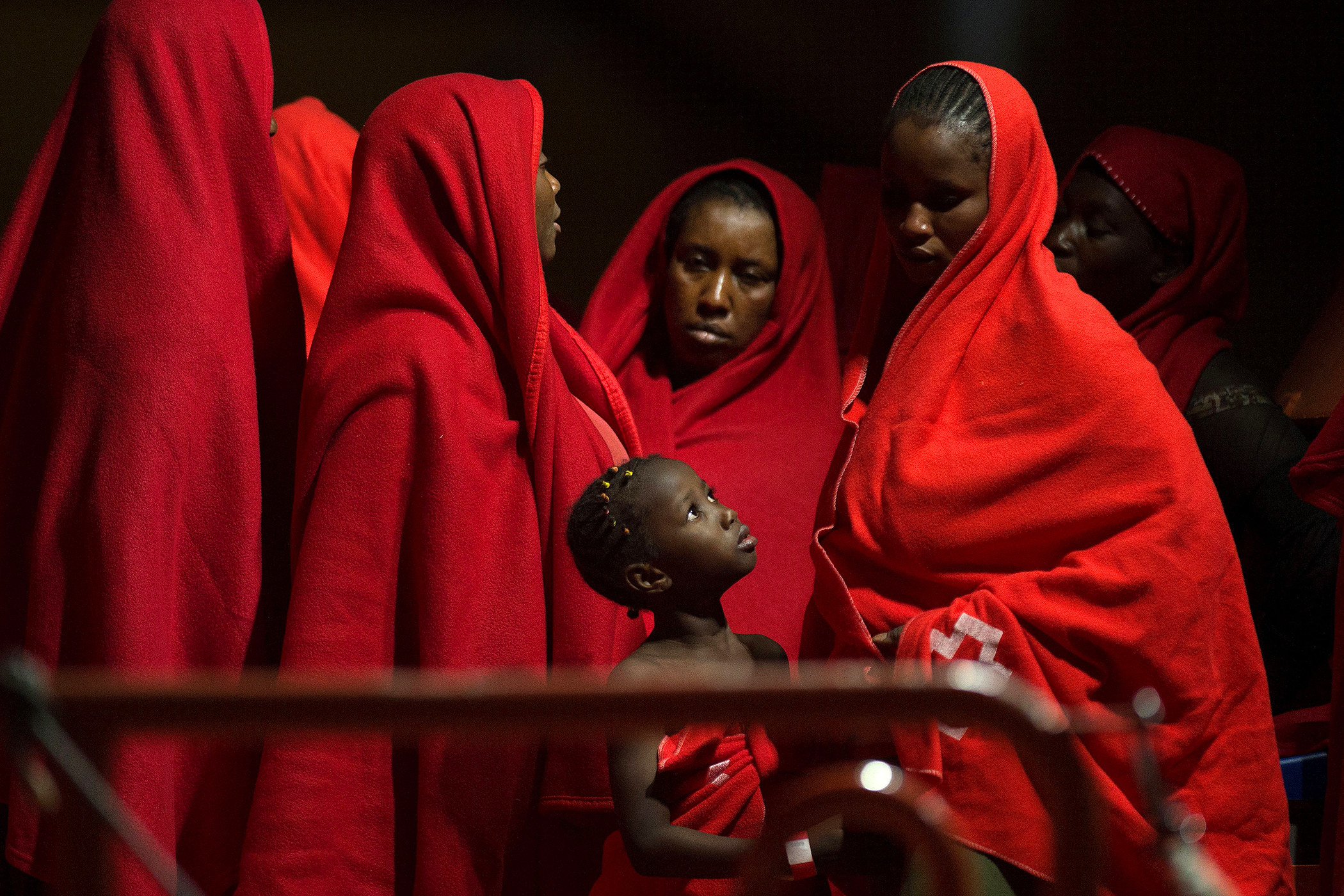 Migrants queue upon their arrival at the harbor of Malaga, Spain, on Aug. 29, after an inflatable boat carrying 132 migrants was rescued by the Spanish coast guard.

A US Border Patrol agent inspects the discarded passport of a young migrant girl found at an illegal crossing spot on the Rio Grande near Mission, Texas, Aug. 22. 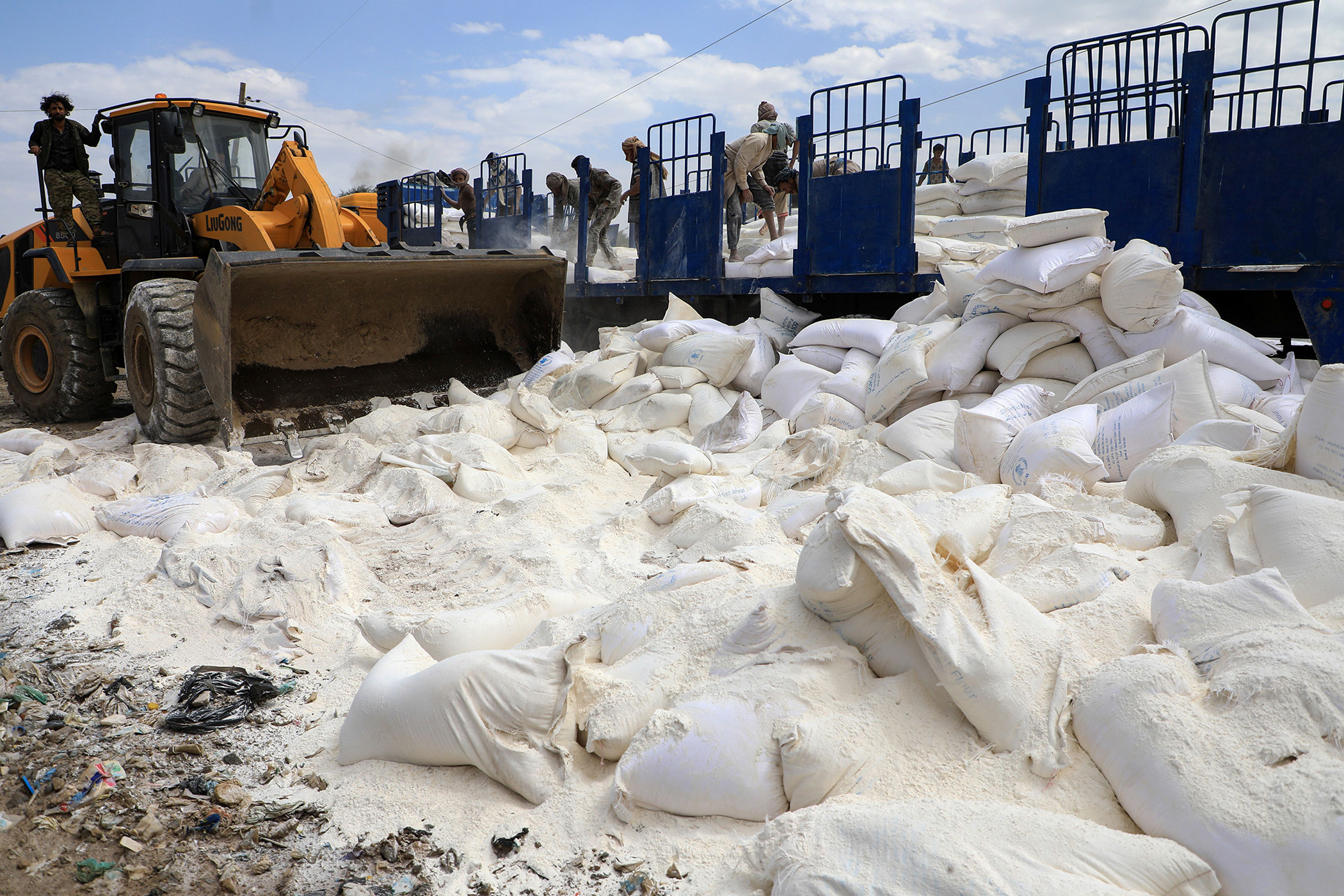 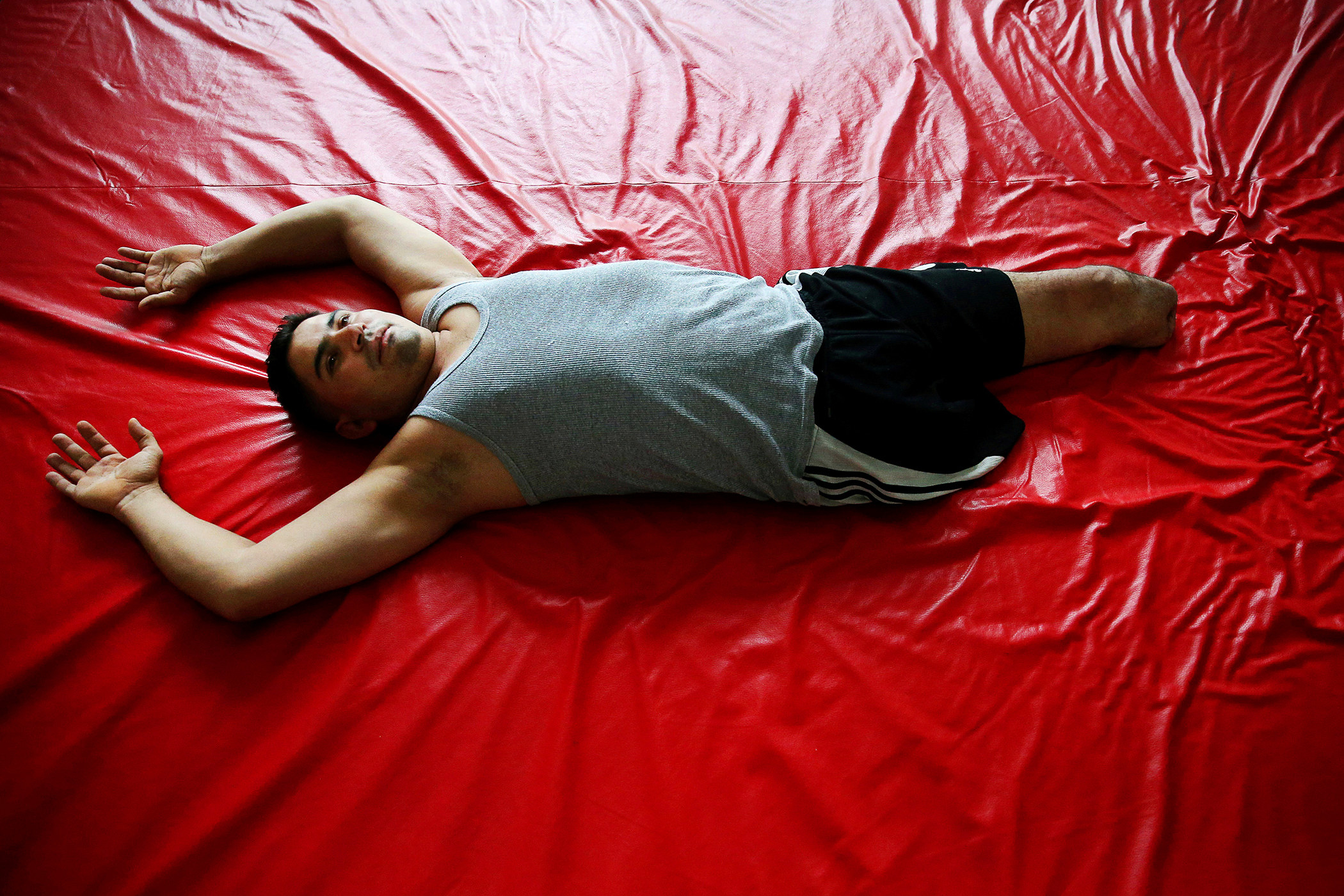 Mario, 34, a Honduran migrant who lost his leg while traveling en route to the United States on a freight train known as “La Bestia”, rests during a physiotherapy session at the Rehabilitation Center for Disabled People in Silao, Mexico, Aug. 19. 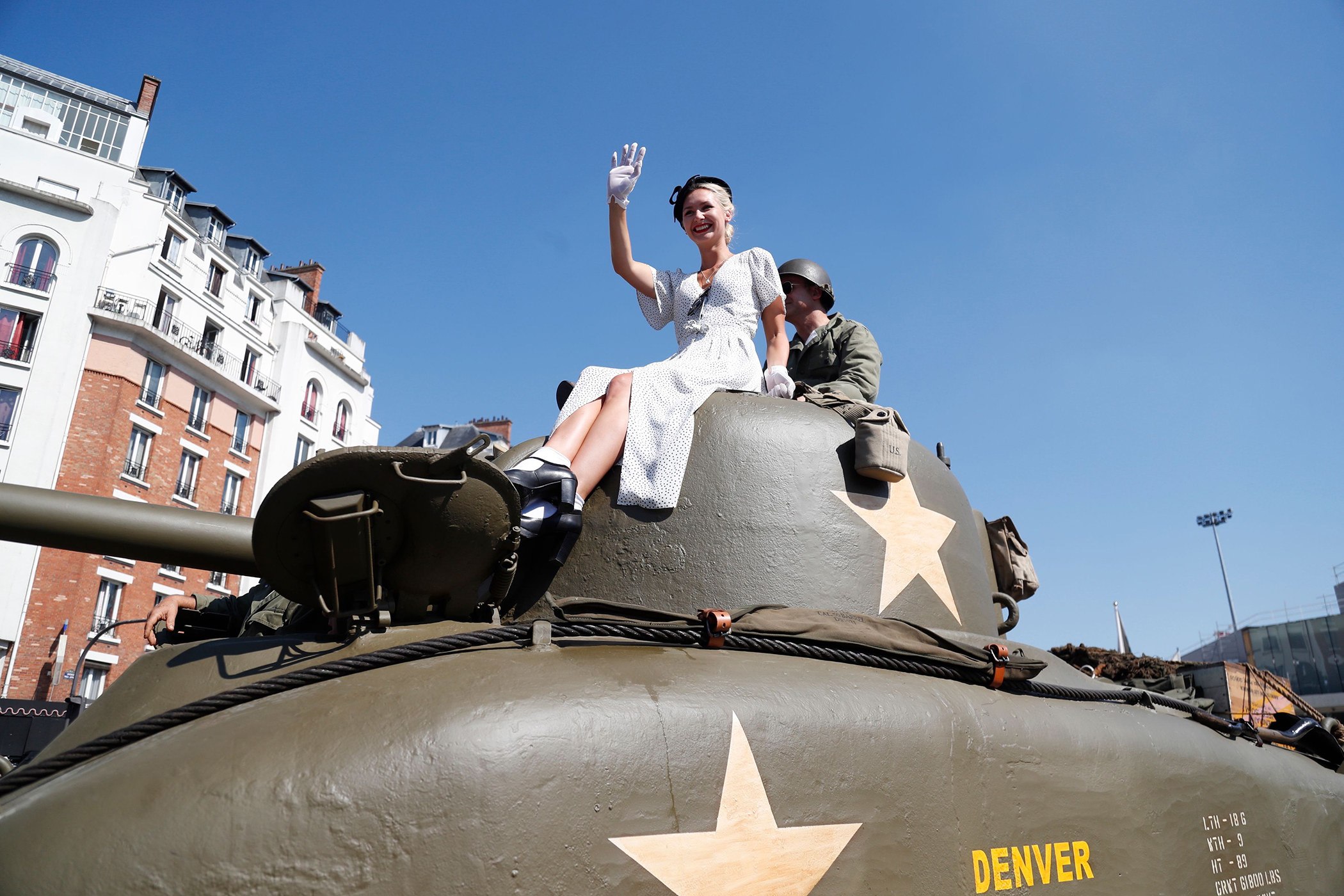 A woman and a soldier, wearing period costumes, wave from a US Sherman tank as they re-enact celebrations of the liberation of Paris in the French capital, Aug. 25. 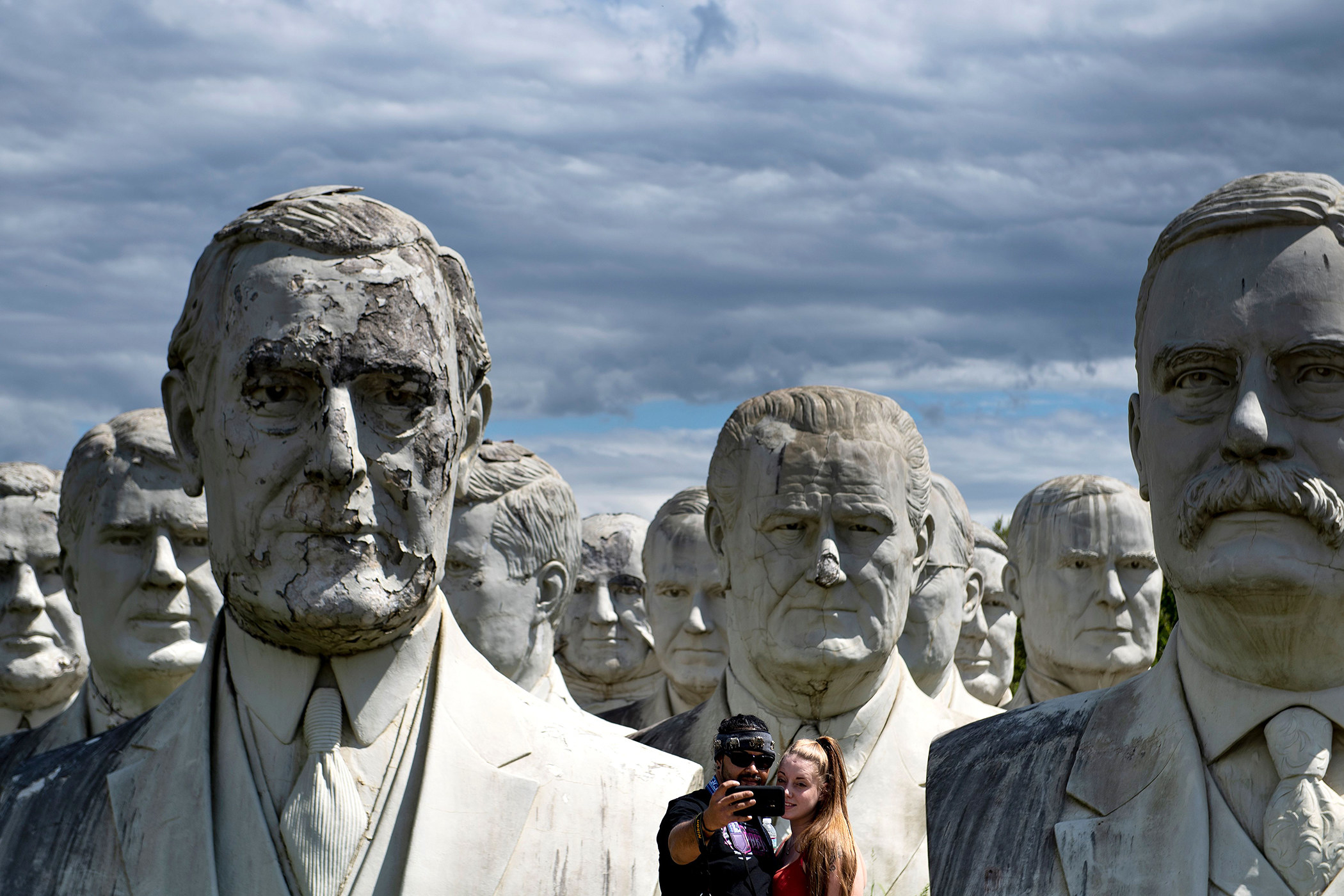 A couple poses for a selfie with giant salvaged busts of former US Presidents in Williamsburg, Virginia, Aug. 25. 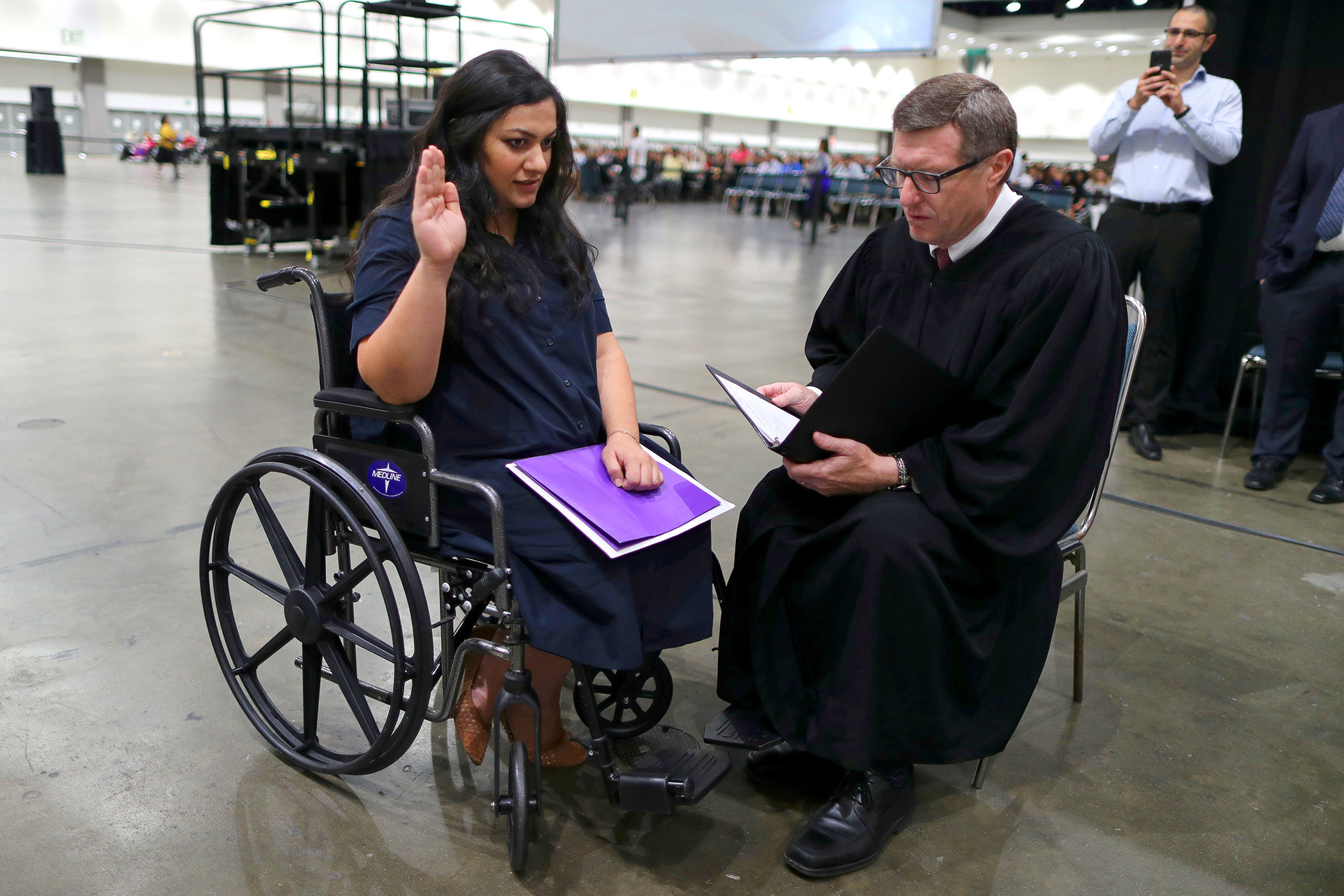 Tatev, 31, who is from Armenia and has lived in the US for 17 years, went into labor before her US citizenship ceremony and refused to go to hospital until she was sworn in as a US citizen, according to Judge Cormac J. Carney, who is seen performing a quick impromptu naturalization ceremony before the official event in Los Angeles, Aug. 22. 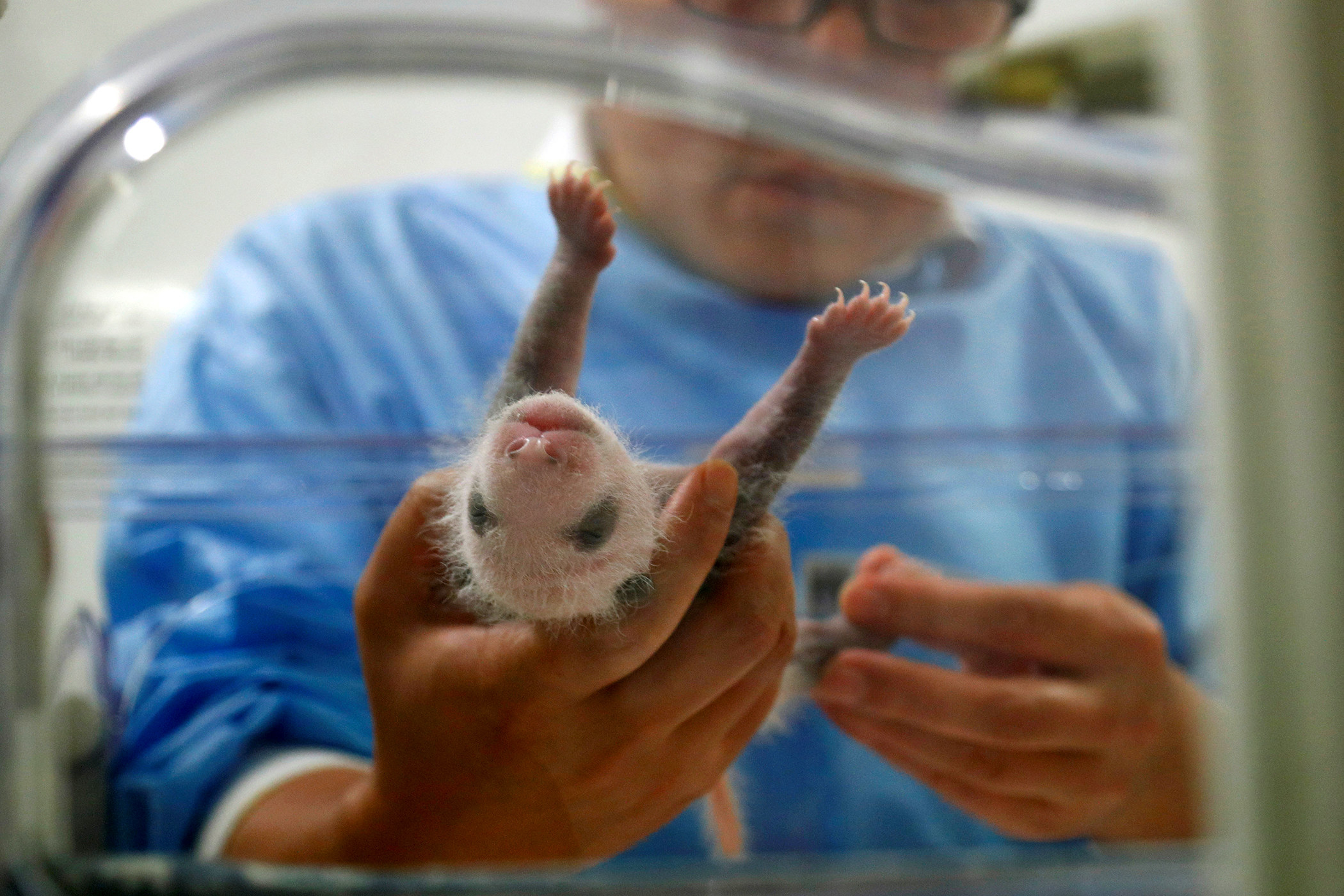 One of the two newborn twin panda cubs is seen in its incubator at Pairi Daiza wildlife park, a zoo and botanical garden in Brugelette, Belgium, Aug. 24. 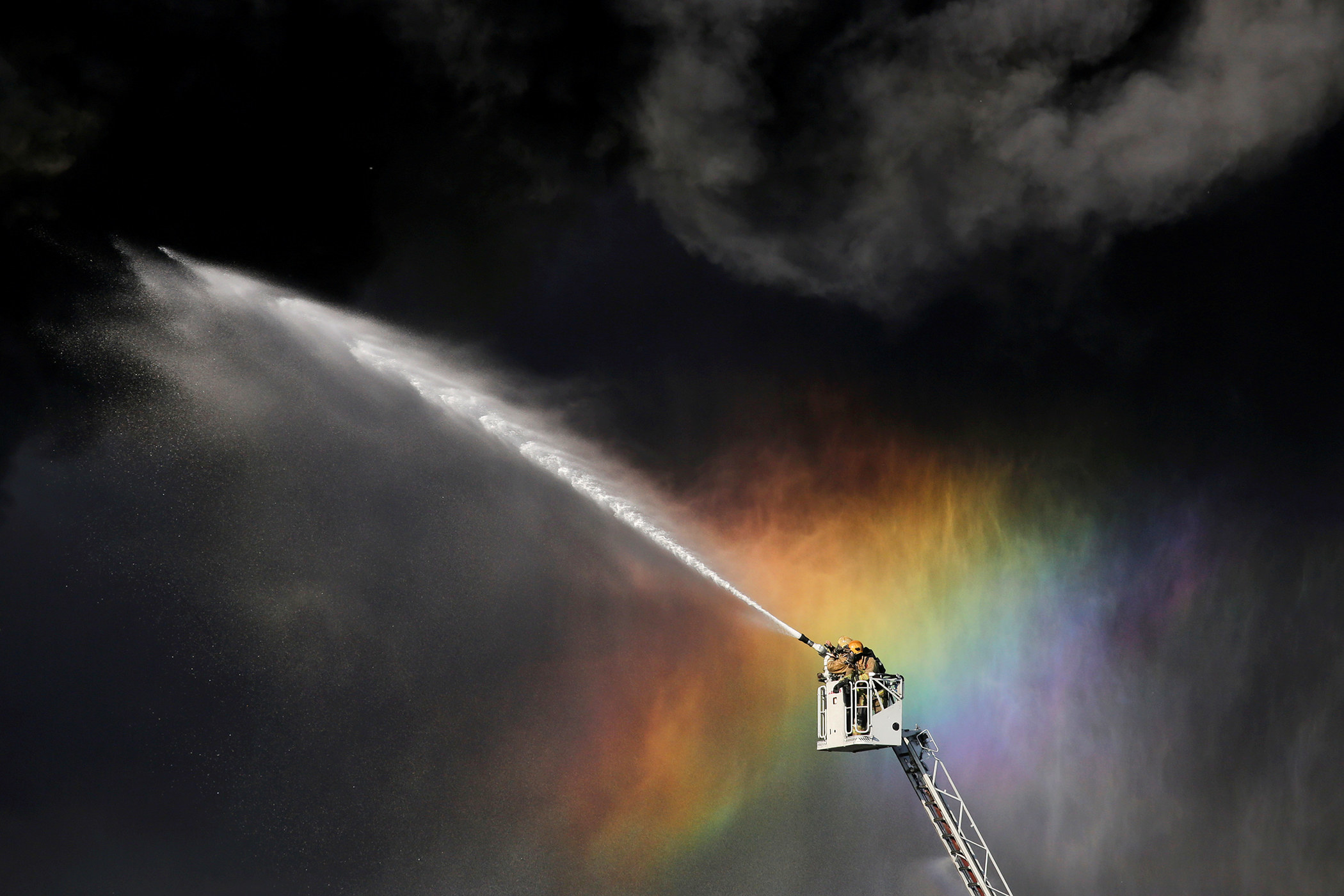 Firefighters use a ladder while extinguishing the fire at an industrial building in Saint Petersburg, Russia, Aug. 22. 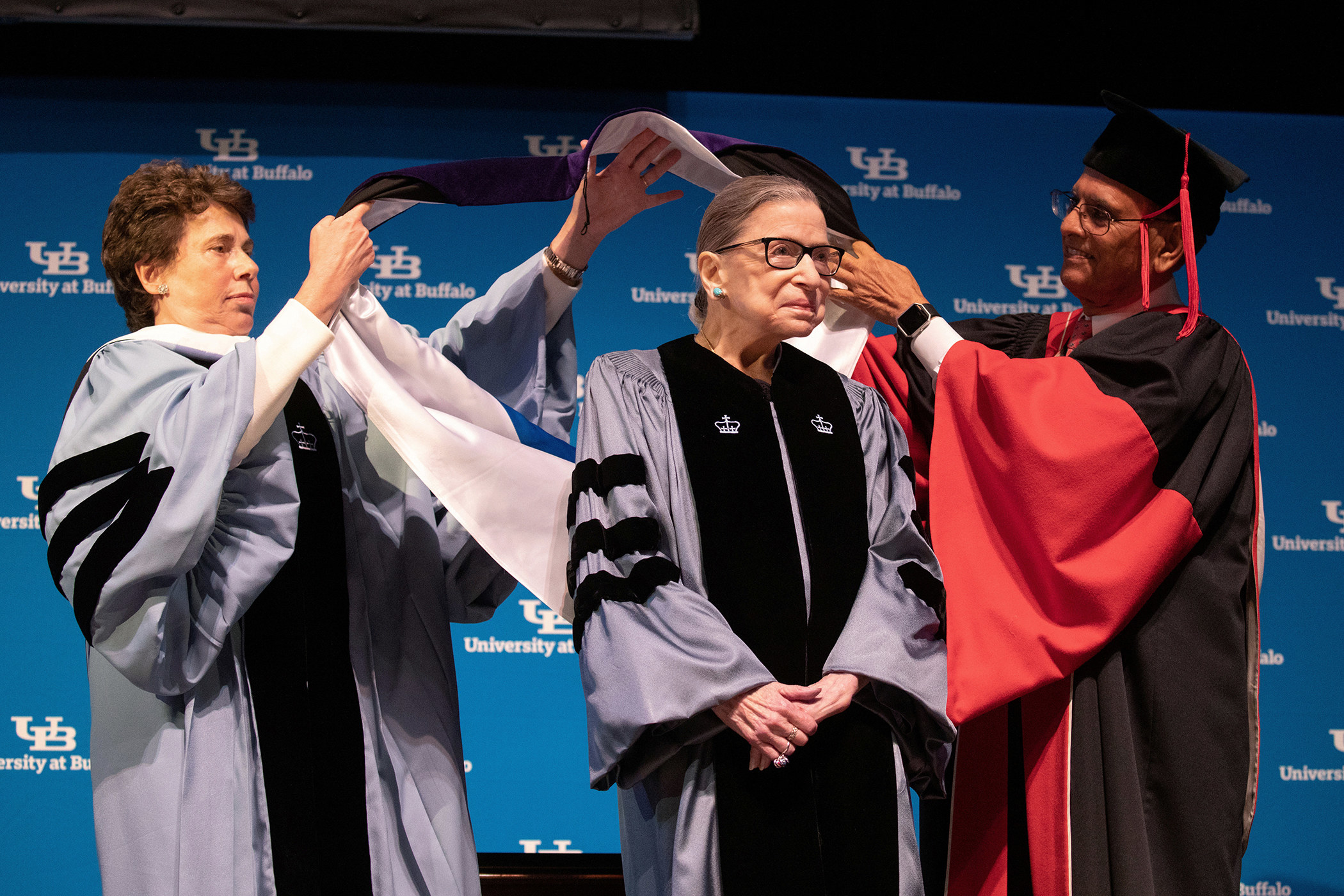 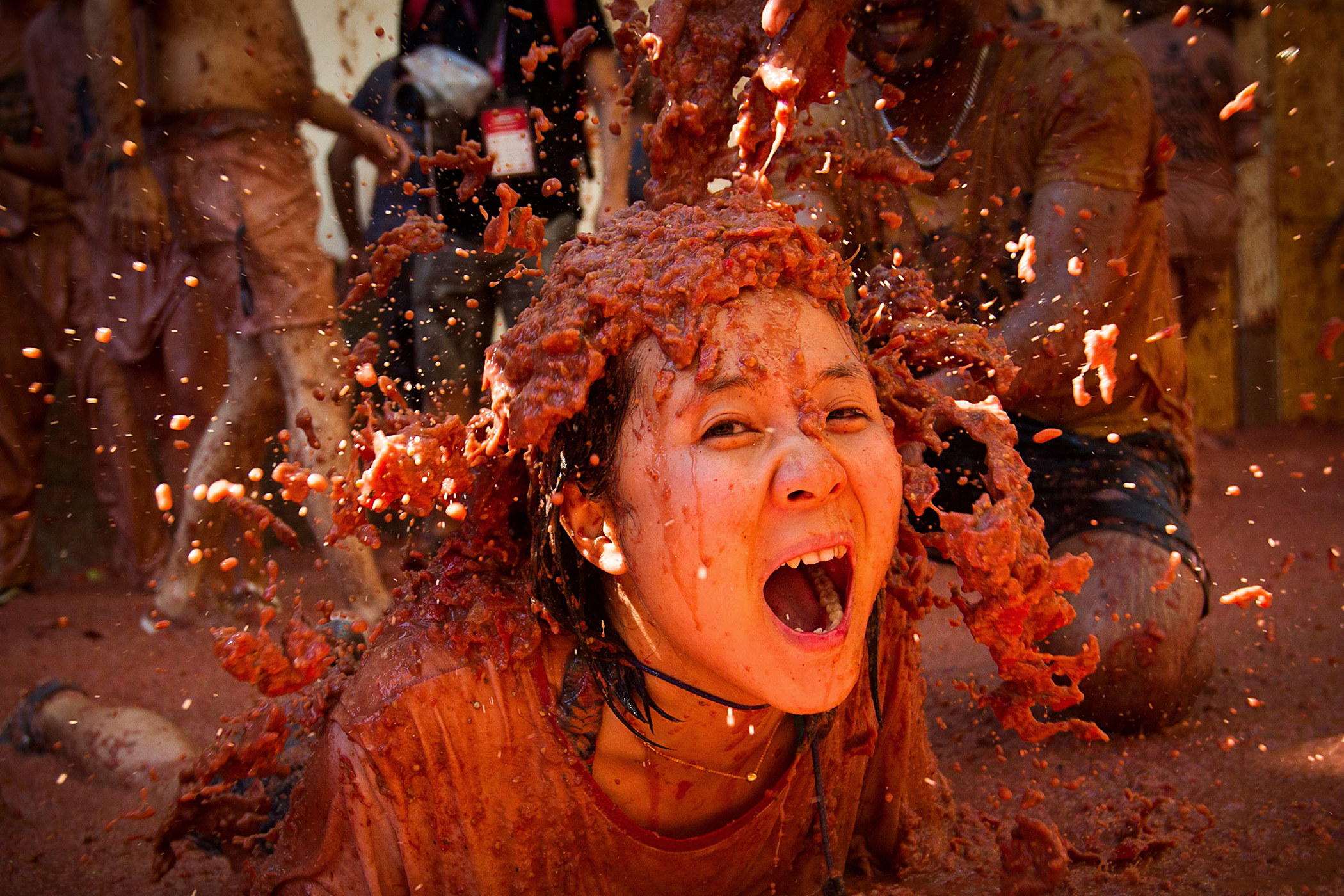 A reveler covered in tomato pulp participates in the annual “Tomatina” festival in the town of Buñol, Spain, Aug. 28.