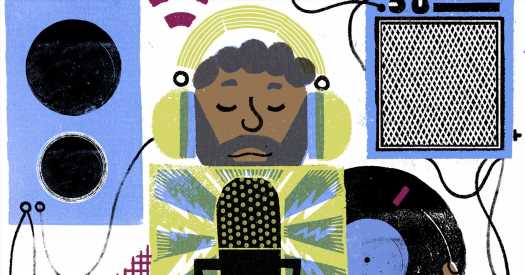 These shows will keep you up-to-date on new releases, deepen your appreciation of your existing playlists and help to broaden your musical horizons. 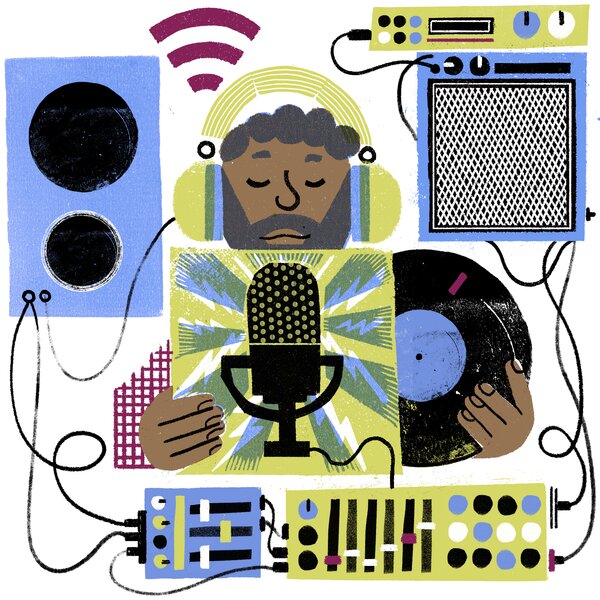 No corner of culture has been untouched by the pandemic, with institutions shuttered, most movie and TV production in limbo, and most live performances indefinitely postponed. But music has weathered the storm better than many art forms, as artists turn to virtual concerts during lockdown or produce records inspired directly by the quarantine, like Charli XCX’s “How I’m Feeling Now” and Taylor Swift’s “folklore.”

These seven podcasts will keep you up-to-date on new releases, deepen your appreciation of your existing playlists and help to broaden your musical horizons.

One of the pleasures of being a pop culture fan is arguing the merits of your favorite thing versus somebody else’s. This irresistible show recreates that feeling every week, as the hosts, Todd Nathanson and Dany Roth, pit two tonally similar songs against each other. These musical death matches span pop, rock and hip-hop, and will appeal particularly to millennials — recent matchups have included the Backstreet Boys vs. ‘N Sync (the battle of the 1990s boy bands), Evanescence vs. Linkin Park (the battle of the early aughts angst artists), and the Goo Goo Dolls’ “Iris” vs Aerosmith’s “I Don’t Want to Miss a Thing,” (better known as the power ballad for the 1998 disaster movie “Armageddon”).

Starter Episode: “‘Livin’ on a Prayer’ vs. ‘Don’t Stop Believin’”

Declining sales in the streaming era have raised questions about the future of the album, which makes this love letter to the format all the more powerful. In each of its seven seasons to date, Dissect focuses on a different contemporary album, diving into the structure, production and musical choices that make it so distinctive. The serialized analysis from Cole Cuchna is sharp and thought-provoking, providing fresh perspectives on records like Beyoncé’s “Lemonade,” Frank Ocean’s “Blonde,” and Kendrick Lamar’s “To Pimp a Butterfly" and “DAMN.” Spotlighting just one song per episode, this is a nirvana for any music nerd searching for a deep cut.

Few genres face more dismissal and snobbery than pop music, but this enlightening series from Vox aims to change that. Targeting pop fans and skeptics alike, ‘Switched On Pop’ sees the musicologist Nate Sloan and the music journalist Charlie Harding break down the techniques that make pop songs so catchy. The show’s scope is broad — it recently featured a five-part mini-series in partnership with the New York Philharmonic, where the hosts focused their critical microscopes on Beethoven’s Fifth Symphony. Delivered with affable passion, Sloan and Harding’s analysis will deepen your appreciation of even the most familiar Top 40 hits.

Country music may be a love-it-or-hate-it genre, but you don’t need to be a die-hard to appreciate the rich storytelling of this limited series podcast. In its 14-episode run, “Cocaine & Rhinestones” examines the complex, surprising history of country music through the 20th century. Tyler Mahan Coe’s enthusiasm for his subject shines through, but never deters him from asking tough questions about country music, which often means asking broader questions about America. One standout early episode tells the story of Loretta Lynn’s 1975 song about birth control, “The Pill,” and exactly why it was banned from the radio, touching on the history of reproductive rights in the U.S. and the moral double standard that exists between men and women in country music.

Starter episode: “ The Pill: Why Was Loretta Lynn Banned?”

There’s no shortage of music podcasts that are essentially chat shows, but “Questlove Supreme” stands out. As its title suggests, the show is hosted by Questlove, the drummer of the hip-hop band The Roots, and his reputation influences both the kinds of guests he’s able to attract and the candid insights he’s able to coax from them. The show started life four years ago as an extension of the classes that Questlove taught at New York University, and has evolved into an engaging, free-flowing weekly conversation between the host and guests like Michelle Obama, Spike Lee, Chaka Khan and Jemele Hill.

If you’re in the mood to get granular about the craft of songwriting, Hrishikesh Hirway’s meticulous and stylishly produced show is the way to go. In each episode, Hirway dismantles a song by taking it apart into isolated audio tracks, then asks artists and bands like Yo-Yo Ma, U2, Sleater-Kinney, Phoebe Bridgers, Janelle Monáe to talk about the process of building it, piece by piece. Hirway’s questions are edited out of the final show, giving “Song Exploder” the feeling of an intimate first-person account. A Netflix adaptation arrives on Oct. 2, so there’s never been a better time to catch up on the original.

This Gimlet Media anthology series began as a biopic in podcast form in 2017, exploring the life of the hip-hop executive Chris Lighty. Through interviews with Lighty’s family, friends and clients, the show chronicled his extraordinary rise and tragic, strange fall — he died by an apparent suicide in 2012 — interwoven with a broader story about hip-hop’s journey to the mainstream. The narrator, Reggie Ossé, who previously hosted the long-running hip-hop podcast “The Combat Jack Show,” walks a fine line between keeping the show accessible for newbies and compelling for aficionados. After exploring the roots of Southern hip-hop in Season 2, “Mogul” has pivoted from serialized storytelling in favor of individual “Mogul Mixtape” episodes featuring interviews with rappers, D.J.s and music journalists, whose conversations with Ossé are packed with passion and insight.

Starter episode: “ That Beat, That Beat Right There”