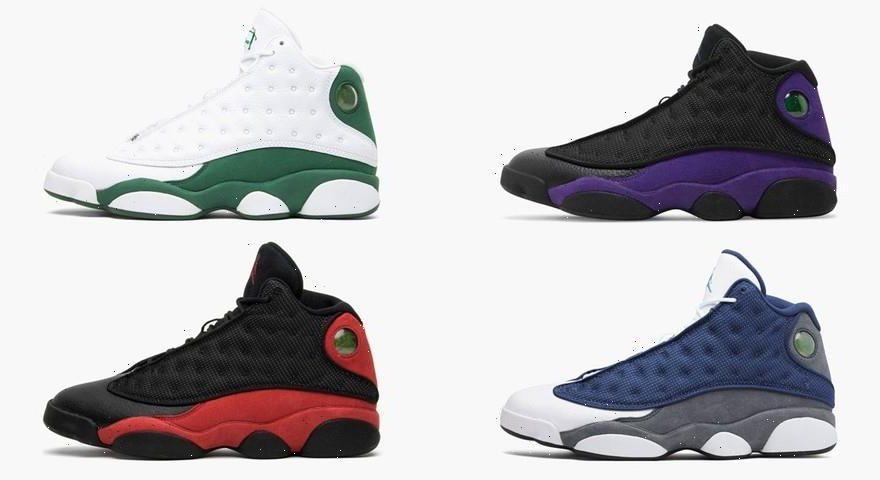 The Tinker Hatfield-designed Air Jordan 13 was one of the last models worn by Michael Jordan during his final season with the Chicago Bulls. Originally released in 1997, the silhouette would go on to be a mainstay in Jumpman’s legendary lineup with its distinct look — inspired by the cat-like movements of Jordan on the court — that’s been reimagined in different colorways and collaborations over the years. Kicking off 2022, the model  gets a “Court Purple” treatment, featuring a deep purple hue that was notably applied to the Air Jordan 1 High last year. On the occasion of the Air Jordan 13 “Court Purple” release, we’re digging into the archives to highlight some of the most notable AJ13 sneakers in recent history, all available via GOAT. 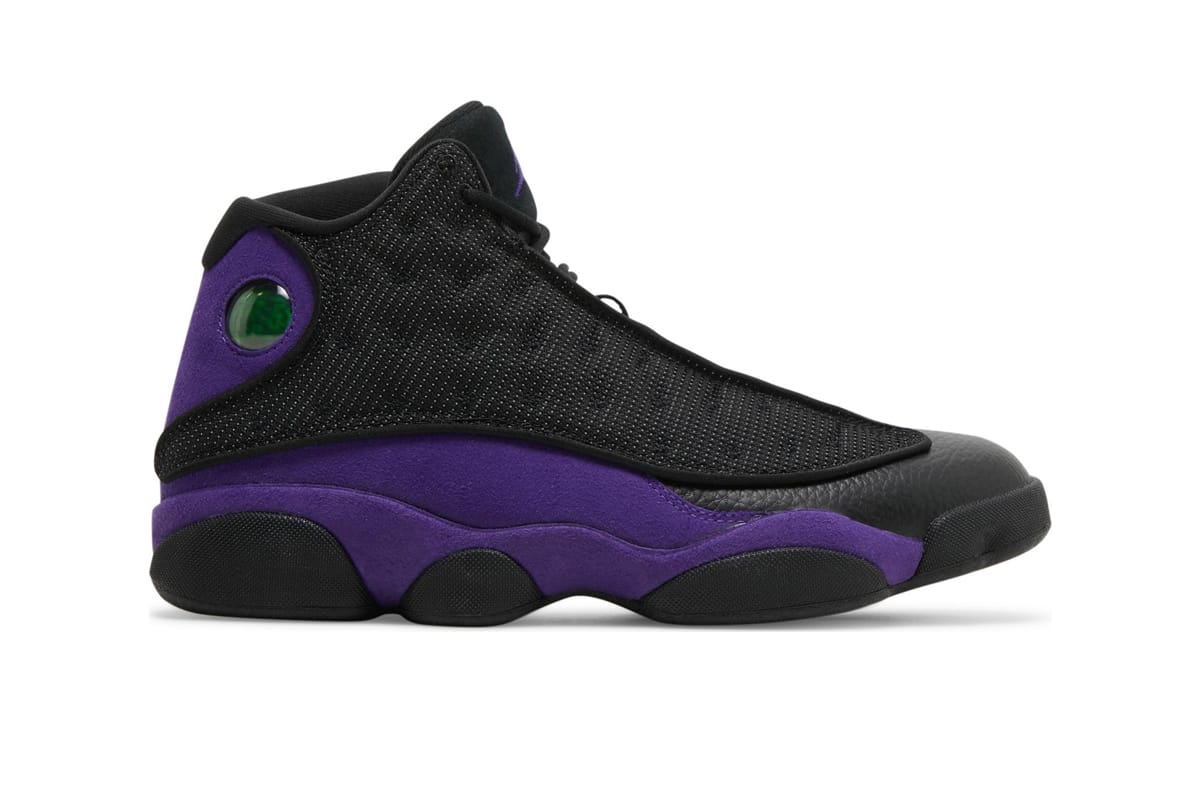 To usher in 2022, Jordan Brand has applied the highly-collectible “Court Purple” colorway to the Air Jordan 13. Featuring a leather upper in black, the sneaker has matching mesh overlays, tongues, interior linings and shoelaces to maintain its traditionally sports-ready look. The eponymous hue appears in a synthetic suede to round out the mix of textures. The color blocking on the sneaker remains true to the 1998 version of the shoe, which was seen on Michael Jordan during the NBA Playoffs in the same year. 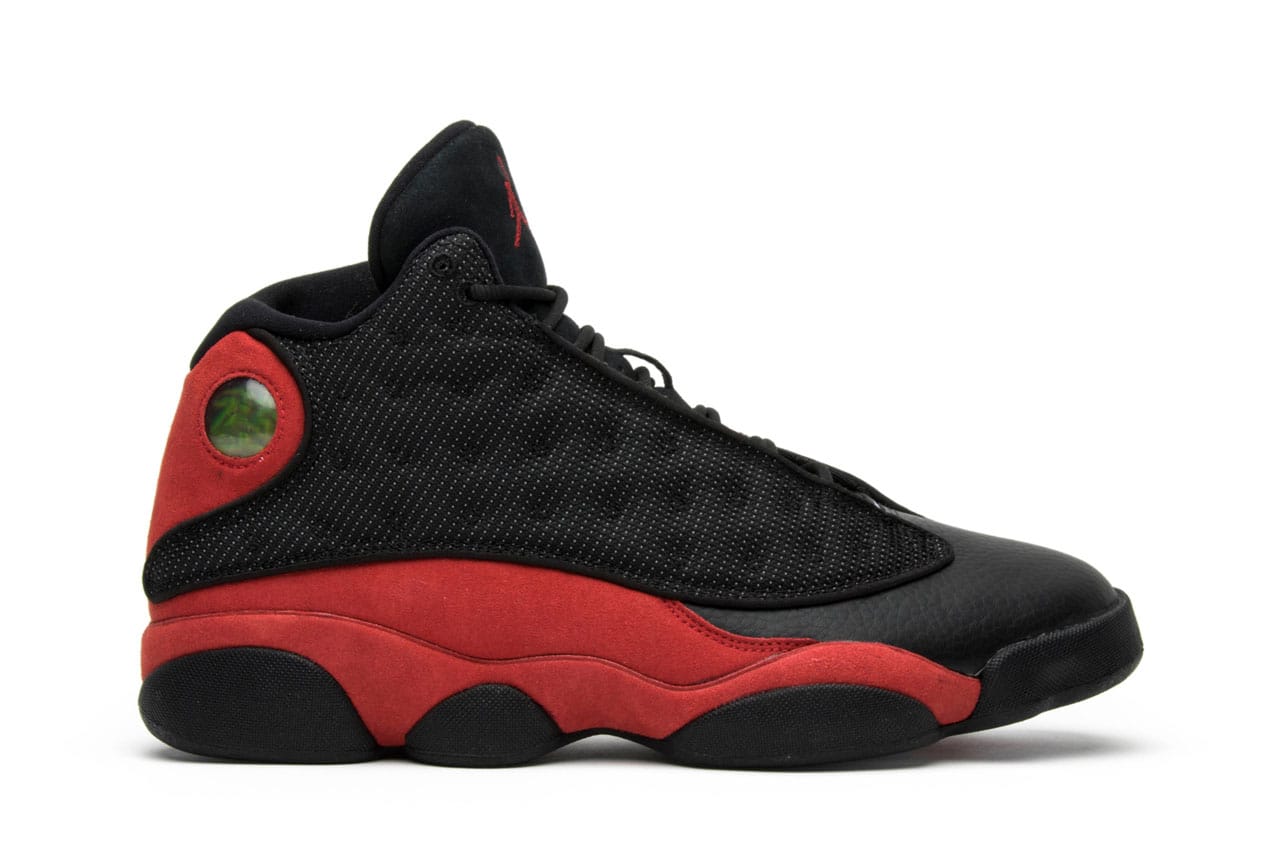 In 2017, the Air Jordan 13 Retro “Bred” brought back the silhouette’s colorway from 1998, which was also reintroduced in 2004 and 2013. Remaining faithful to the original, the sneaker is outfitted in a Chicago Bulls-inspired “True Red” that envelops the suede overlays and Jumpman branding on the tongue. The style’s signature reflective 3M upper appears alongside a black tumbled leather toe box. The final touch, the iconic green jewel on the ankle, brings a holographic element to the sneaker. 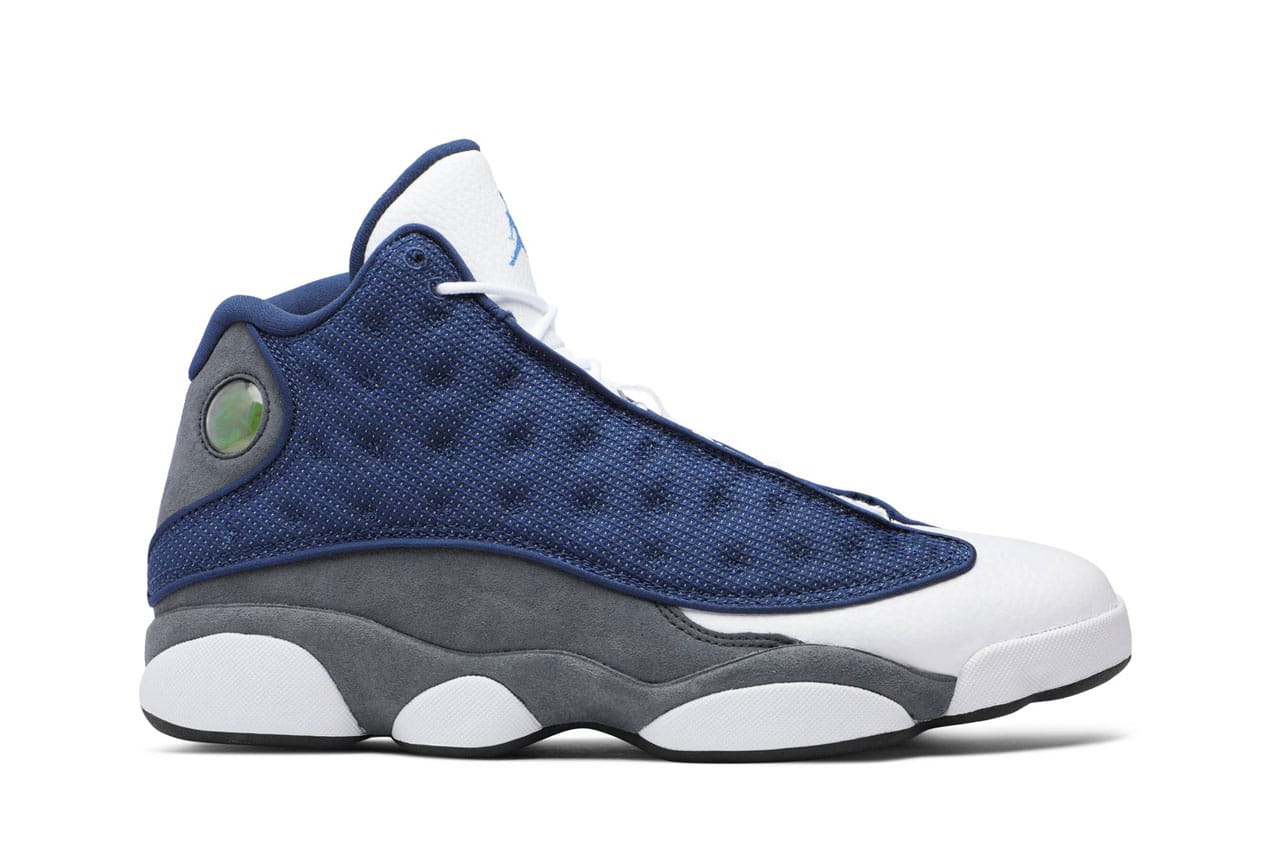 The 2020 release of the Air Jordan 13 Retro “Flint” marked the fourth time the beloved colorway was used on the silhouette. The drop corresponded with the final episodes of the Chicago Bulls documentary The Last Dance — an aptly-timed release considering “Flint” originally debuted in 1998 as Jordan and his Bulls were making their way towards a 6th NBA Championship. This version brought back the shoe’s hi-vis reflective detailing, making it closer to the original than the retros before it. The sneaker’s “Flint Grey” suede heel, mudguard and mid panel mix with a “French Blue” mesh and white upper and white toe box, harkening back to the OG. 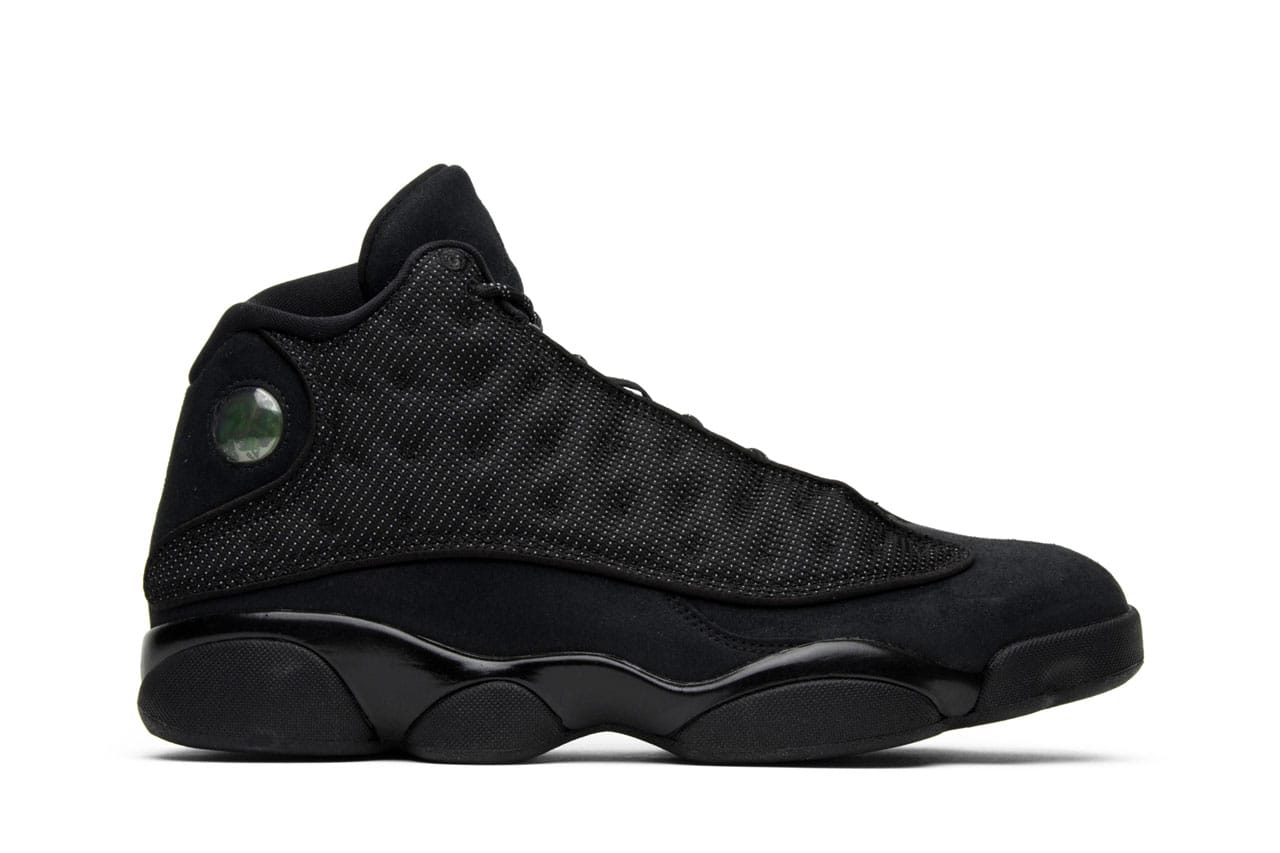 The Air Jordan 13 Retro “Black Cat” kicked off 2017 by paying homage to one of Michael Jordan’s nicknames. Fitting its moniker, the monochromatic colorway presents itself in a suede upper, mesh overlays and rope laces, with the latter two accented with reflective details. This blacked out version of the shoe is a stealthy take on the classic Air Jordan 13 silhouette and an ode to Jordan’s movements on the court. 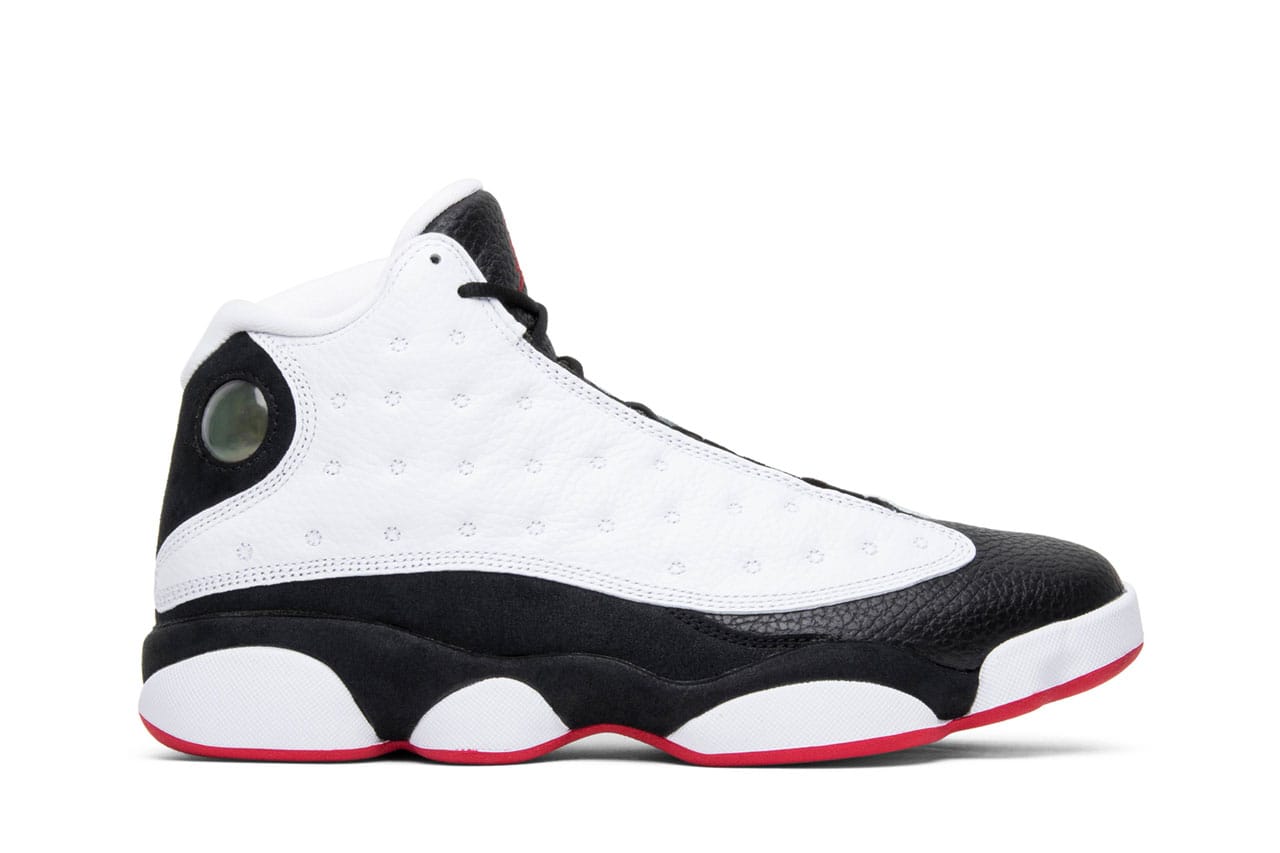 The 2018 release of the Air Jordan 13 Retro “He Got Game” marked the 20th anniversary of Denzel Washington famously wearing the style in Spike Lee’s 1998 film of the same name. The shoe remains true to the original, even arriving in the same box. The style features a mostly black-and-white upper with hits of “True Red” along the tongue and outsole. 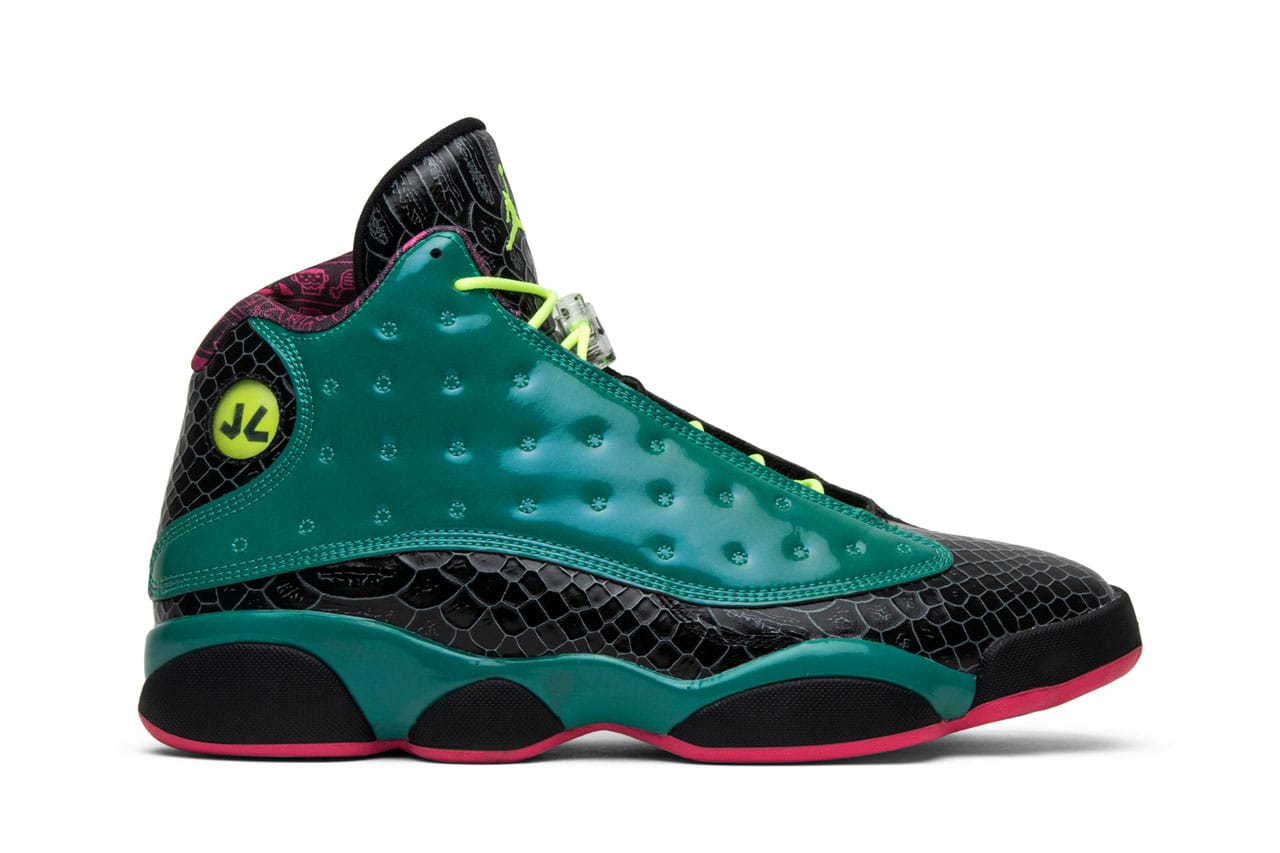 Chosen as the Jordan Brand Nike Doernbecher Freestyle silhouette in 2015, the Air Jordan 13 Retro “Doernbecher” honors Crohn’s Disease patient John Charles. The 11-year-old helped design the sneaker, incorporating powerful details from his personal life into the shoe such as the seven pills he takes daily to manage his disease and “Crohn’s” written on the outsole. Pops of color paint the shoe, from the emerald green leather overlays to the pink accents along the outsole and the collar. 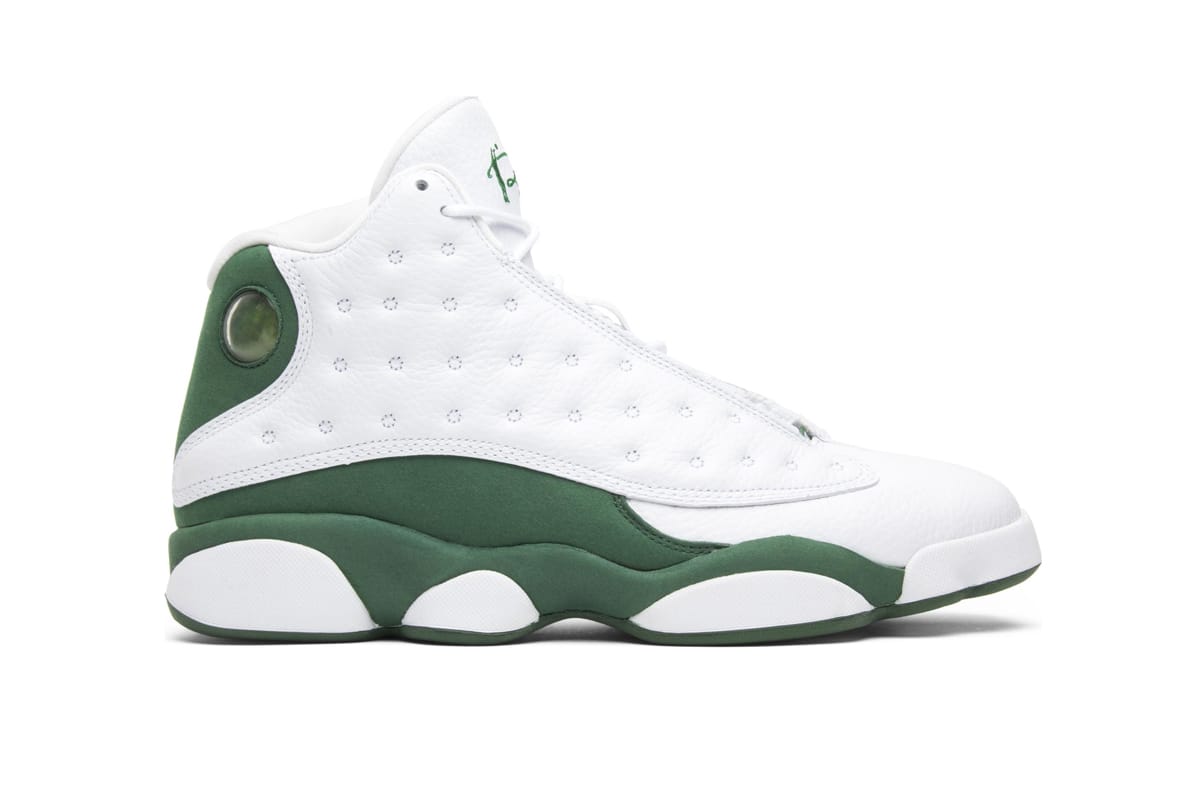 The 2011 release of the Air Jordan 13 Retro “Ray Allen” Player Exclusive features the “White/Clover” colorway worn by Ray Allen when he broke the record for three-pointers made. The dual-tone sneaker combines an upper of white leather with hits of green suede. Other clover-colored elements on the sneaker include a bright green embroidered Jumpman logo on the tongue. 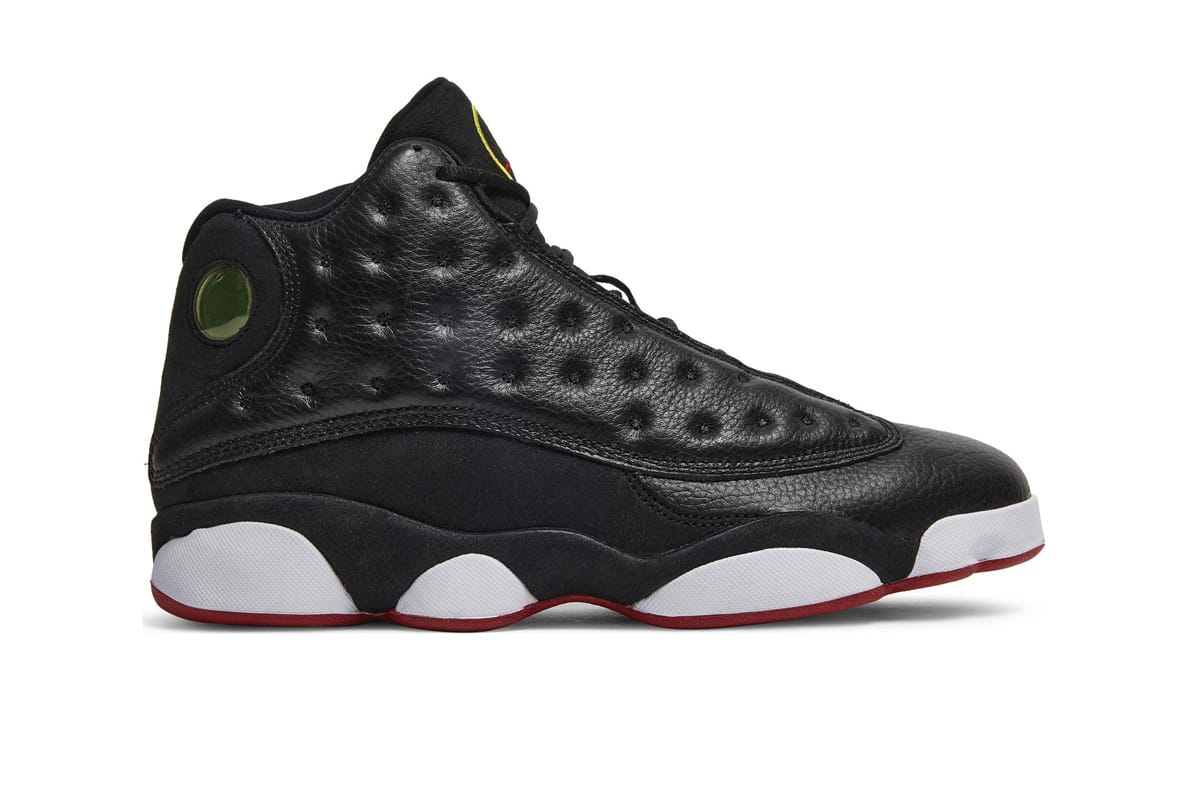 The 2011 release of the Air Jordan 13 “Playoff” was the first reissue of  one Michael Jordan’s most popular signature designs, recognized for being worn during multiple games during the 1998 NBA Playoffs. The upper features black tumbled leather and matching suede overlays, allowing for other elements — like the red and yellow logo on the tongue and a signature round bubble in an electrifying shade of yellow — to pop. 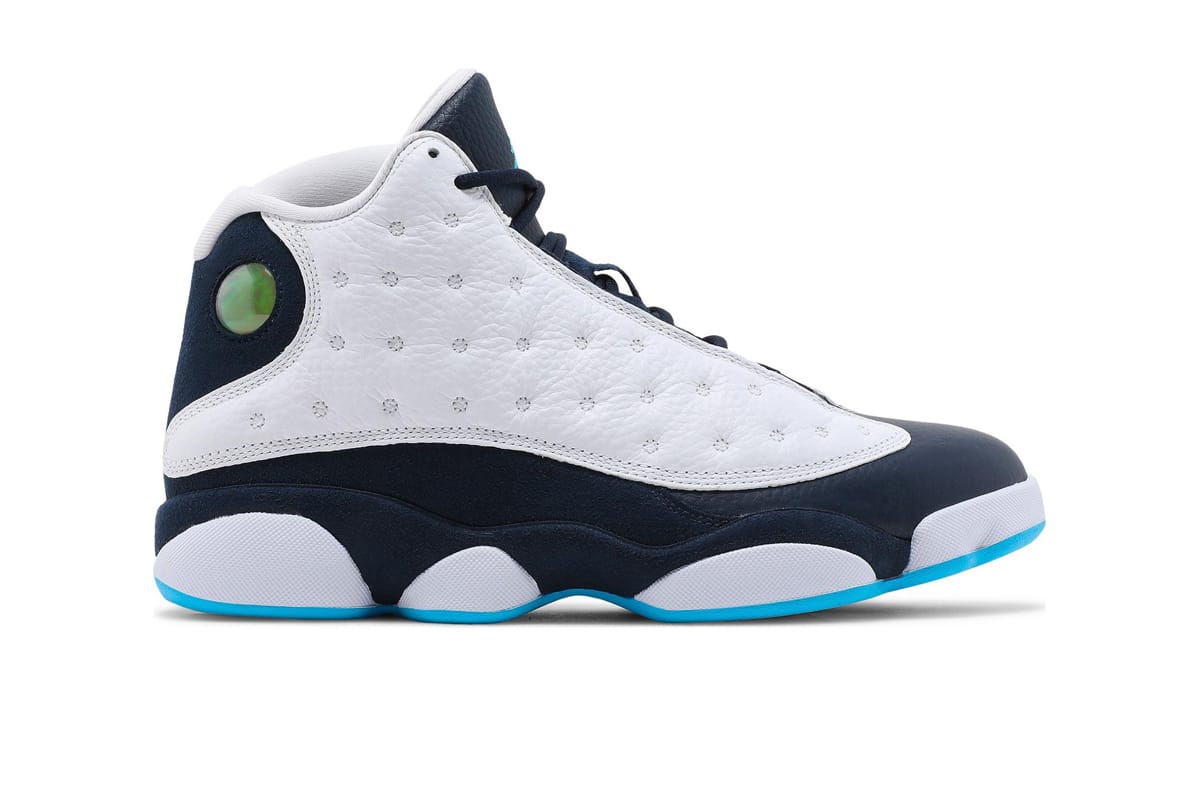 Dropped as part of last year’s fall releases from the Jumpman, the Air Jordan 13 “Obsidian” sports navy blue suede overlays complemented by a bright blue UNC-inspired outsole. A nod to Jordan’s alma mater, the shades of blue are contrasted by a tumbled white leather upper and midsole. The “23” hologram appears at the ankle for a holographic hit of green and yellow.
Source: Read Full Article