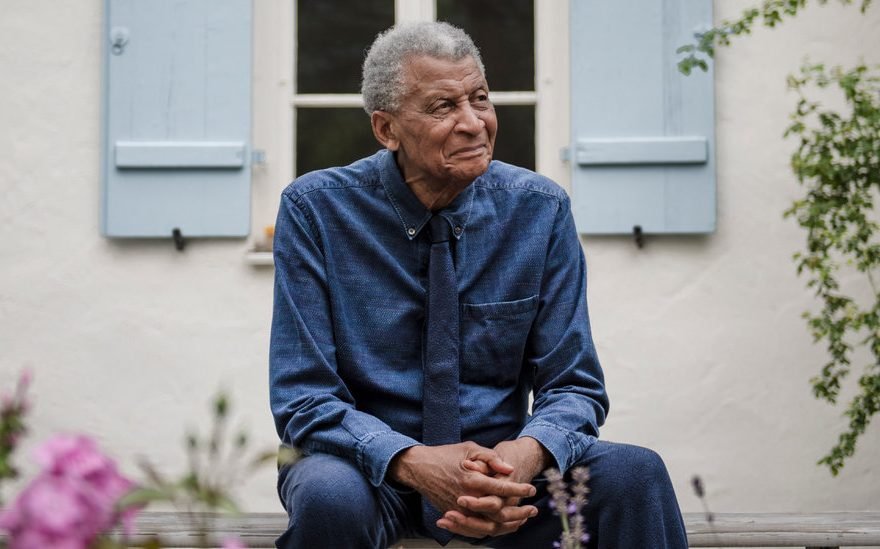 WASHINGTON — Receiving a Jazz Master accolade from the National Endowment for the Arts this spring at the Kennedy Center, Abdullah Ibrahim delivered his acceptance speech in under two minutes. The South African pianist thanked his mother and grandmother, then his fellow musicians and fans. All of them had fed his quest, he said, “to strive for perfection.”

Leave it to Mr. Ibrahim — a master of understatement and balance — to make the impossible sound simple, and vice versa.

Sitting down for an interview at a nearby hotel earlier that day, a pastel scarf slung around his neck and a thicket of white hair tousled on his head, he had been similarly epigrammatic. He named the values underpinning his music: “ancient tradition, new elements.”

Mr. Ibrahim, 84, is cool and serious by nature; he smiles often, but only halfway. At Jazz Standard starting Thursday with Ekaya, his longtime septet, he’ll likely keep his interactions with the audience to a minimum, focusing intently on the keys instead, rummaging through a vast repertoire of original compositions, seeking perfection.

Earlier this year he released “The Balance,” a coolly disarming record featuring Ekaya performing tunes from his catalog, all arranged with a gentle touch. Combining church hymns, South African marabi and postmodern jazz, Mr. Ibrahim doesn’t play with obvious ease of motion. Instead he seems to hang back, suspending relief, beckoning you in.

It makes sense that he found his place in a kind of musical middle-state: Under apartheid, ambiguity felt as if it were resistance. Looking back on a career that began in the 1950s, he recalled: “You had to perform for your own ethnic group, and only musicians of your ethnic group were allowed onstage. People started breaking this. It was part of this greater reaffirmation of our souls.”

Born Adolph Johannes Brand in 1934 to a Sotho father and a “colored” mother (an apartheid-era label), he was raised in Kensington, a rough suburb of Cape Town. When he was 4, his father was killed; he grew up believing his grandmother was his mother, and his mother, Rachel, was his sister.

The government passed its most explicit restrictions on black and brown lives during his adolescence, but his hometown didn’t easily accommodate separations. “Cape Town is very cosmopolitan,” he said. “I had the privilege of transcending all these barriers, because I could move around.”

Inspired by his mother’s piano playing — in the A.M.E. Church that his grandmother had helped found, and in the nearby cinema, where Rachel improvised along to silent films — he earned the nickname Dollar because of his penchant for buying jazz albums off international sailors docked in the city’s port. By his late teens he was touring with dance bands, including the popular Tuxedo Slickers.

He formed the Jazz Epistles in the late 1950s, with the soon-to-be-famous Hugh Masekela on trumpet and Kippie Moeketsi on saxophone. The Epistles turned around bebop ideas, giving them a thumping, warm-toned sound that reflected South African musical heritage — and the fast-developing present.

But the band was hounded by the police, partly because it played for mixed crowds and because it defied what Mr. Ibrahim called “the mantra” of apartheid: that black people ought to stick to so-called traditional forms of art. The Epistles’ only album was immediately banned by the government, and only a few hundred copies were printed. 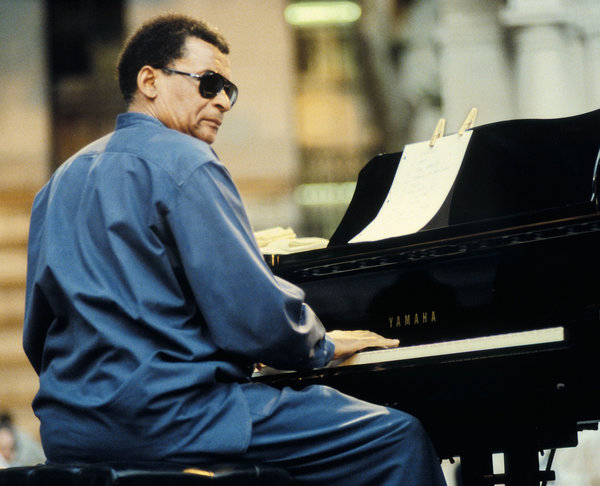 After the Sharpeville Massacre in 1960, when the police killed almost 70 protesters in a Gauteng township, Mr. Ibrahim’s band mates fled the country. He stayed behind, focusing on his piano playing for a year — “I did nothing else but just eat, sleep, drink, 10 to 15 hours solo practicing a day” — before moving to Zurich. He embedded himself in the thriving Continental jazz scene, and met greats like Dexter Gordon, Ben Webster and Duke Ellington.

Ellington’s music had meant the most to Mr. Ibrahim, and the elder pianist became his biggest booster. It was in Europe that Mr. Ibrahim also met Sathima Bea Benjamin, the vocalist; they were married until her death in 2013.

In the mid-60s the couple moved to New York City, and over the following 25 years they bounced between New York, Cape Town and Europe, while deepening a spiritual practice that led to his name change, to Abdullah Ibrahim, at the end of the 1960s.

Living at the Chelsea Hotel and working with the likes of Don Cherry, Archie Shepp and Max Roach, Mr. Ibrahim became a force on the jazz avant-garde, and adjacent to it. He laid claim to an American piano tradition that encompassed Ellington, Thelonious Monk and Randy Weston, but stayed adjacent to that, too. Nobody in this era made levitating, landscaped piano music — whether in full-size bands or solo — like he did.

All the while, Mr. Ibrahim longed for home. He mentioned the image of a house in Kensington that returned to him in dreams throughout his years away — it symbolized “some kind of resilience” to him, and in 1963 he wrote a tune inspired by it called “The Dream.” Beginning and ending with a jolt of Messiaenic alarm, the piece drifts and fades through mysterious keys and shapes.

“When you wake up, you have to deal with the reality, that you’re not there,” he said.

He spent a brief time in Cape Town in the 1970s, and finally returned in 1990, when Nelson Mandela was freed from prison. In 1994 he played at Mandela’s inauguration as president.

In addition to his solo work and his work with Ekaya, Mr. Ibrahim ministers to students, and has started some education- and research-based initiatives, though many were short-lived. Recently he has found himself seeking answers in the traditions of southern Africa’s San people, among the most ancient groups on earth.

“The understanding of the self — during apartheid, we were stripped of that dignity,” he said. He sees music as a way back to “the wisdom of the ancient ones.”

Now as ever, he insists, “We are playing traditional music.”

Abdullah Ibrahim and Ekaya
At Jazz Standard in Manhattan, Thursday through Aug. 4; jazzstandard.com.