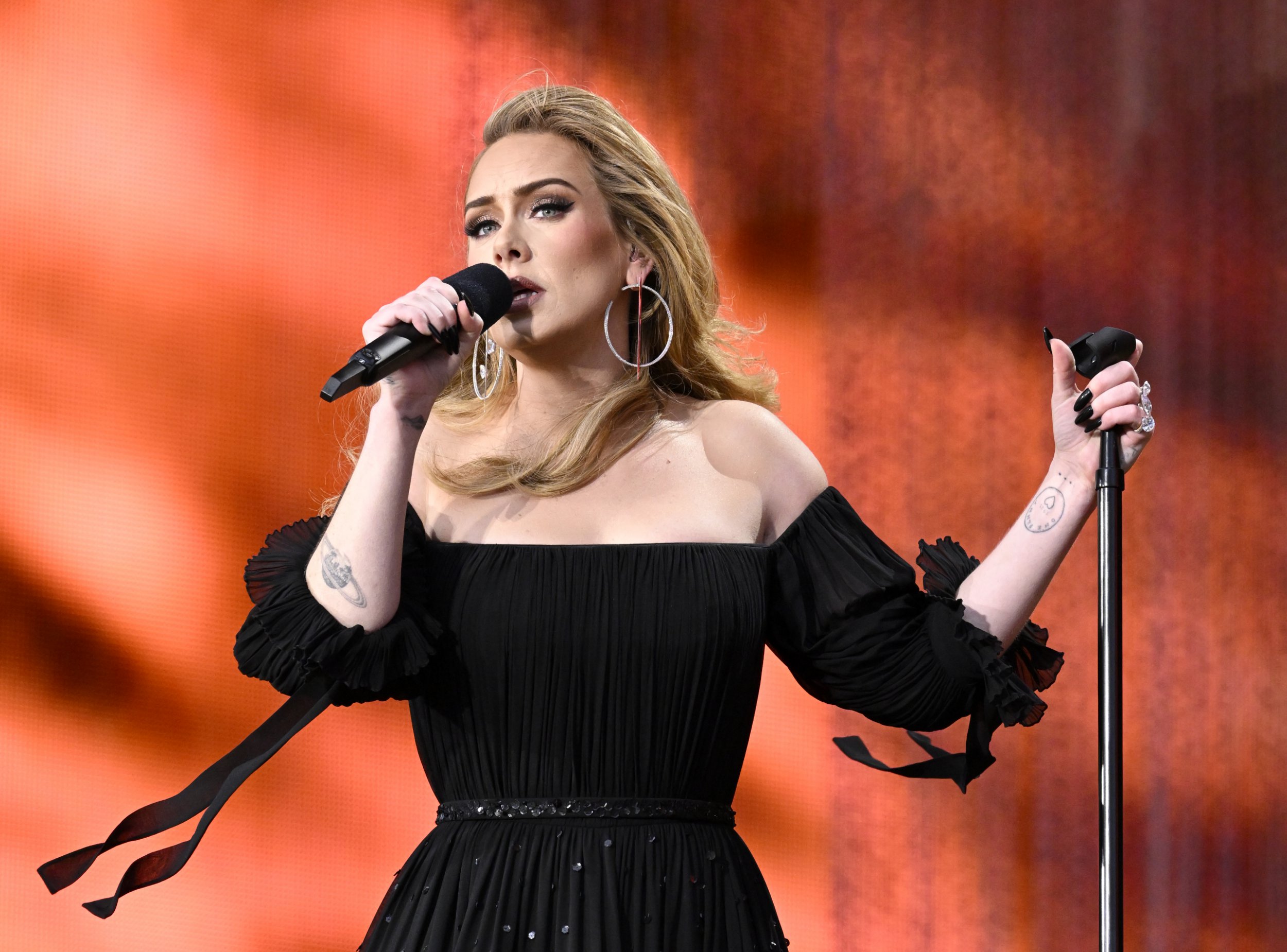 Adele has shared her nerves ahead of the first night of her Las Vegas residency, which was postponed from its original start date in January.

The singer, 34, took to Instagram to share a snap of her doing a sound check at The Colosseum at the Caesars Palace hotel, dressed down in a sweatshirt, leggings and just her socks as she opened up about the rollercoaster of emotions she was feeling.

She told her followers: ‘I’m feeling all sorts as I write this. I’m highly emotional, incredibly nervous but can’t sit still because I’m so excited.

‘I feel a million miles away from home, I can’t stop thinking about when I was little and saw Tom Jones in Mars Attacks and thought blimey how did he get from Wales to Las Vegas!?’

Adele added: ‘I always get scared before shows, and I take it as a good sign because it means I care and means I just want to do a good job.

‘But it’s safe to say I’ve never been more nervous before a show in my career, but at the same time I wish today was tomorrow! I can’t wait to see you out there x.’

Thousands of fans are expected to descend on the hotel on the Las Vegas strip on Friday, November 18, as her residency kicks off, with shows every weekend until March 25, which includes 24 rescheduled shows as well as eight extra dates.

The residency had originally been due to take place in January but Adele tearfully announced it would be postponed just a day before it had been due to begin.

She told fans at the time: ‘Hiya, listen – I’m so sorry but my show ain’t ready,’ she told fans before breaking down.

‘We’ve tried absolutely everything we can to pull it together in time and for it to be good enough for you but we’ve been absolutely destroyed by delivery delays and Covid.

‘Half my crew, half my team have come down with Covid – they still are – and it’s been impossible to finish the show.

‘And I can’t give you what I have right now and I’m gutted. I’m gutted and I’m sorry it’s so last minute. We’ve been awake for over 30 hours now, trying to figure it out and we’ve run out of time.’

She assured fans: ‘I’m going to finish my show and I’m going to get it to where it’s supposed to be. I’m so sorry, it’s been impossible. We’ve been up against so much and it just ain’t ready. I’m really sorry, I’m sorry.’

It had originally been slated to run from January 21, 2022 until April 16, and she had faced criticism for announcing it so late, meaning some fans had spent thousands on travelling to the US to see her live.

Caesar’s Palace had announced Grammy-winning country music star Keith Urban would take her place and add five dates to his own residency, voicing their support for Adele.

They said at the time: ‘We understand the disappointment surrounding the postponement of Weekends With Adele.

‘Adele is an incredible artist, supremely dedicated to her music and her fans. Creating a show of this magnitude is incredibly complex. We fully support Adele and are confident the show she unveils at The Colosseum at Caesars Palace will be extraordinary.’

Prior to the residency beginning this week, Adele had performed a stunning set ay British Summer Time Hyde Park in July, her first festival headline set since playing the Pyramid Stage at Glastonbury in 2016.