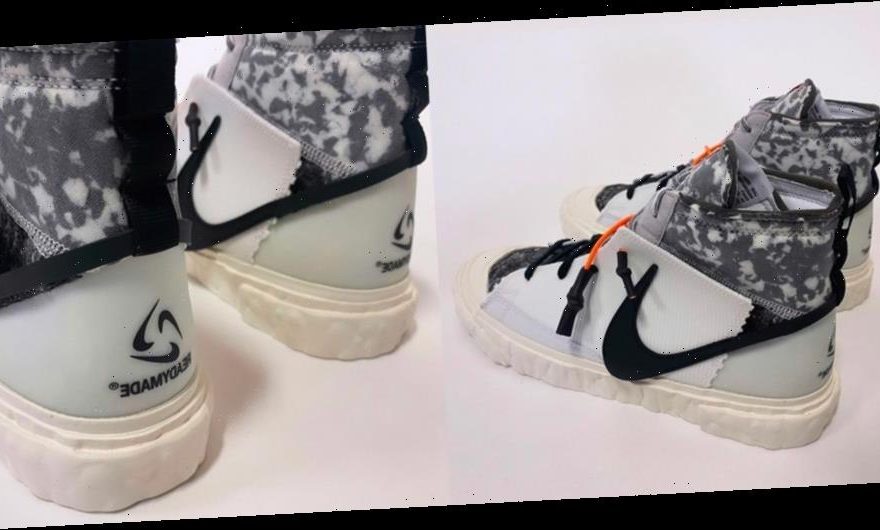 Shortly after a Travis Scott co-sign, an alternate take on the READYMADE x Nike Blazer Mid has now surfaced. The latest variation is now fueling rumors that READYMADE founder and lead designer Yuta Hosokawa is readying multiple colorways of the

Differing from the widely seen “Black/Vast Grey-Volt-Total Orange” colorway, the alternate take sees the unfinished look accented by loosely tacked on warped Swooshes along the sides in black. Other details on the upper remain the same, namely the exposed stitching, a dual lacing system and distinct tight marble pattern printed collars. Finishing up the design of the shoe are bumpy sole units in white that creep up to the toebox for with a shortened toecap.