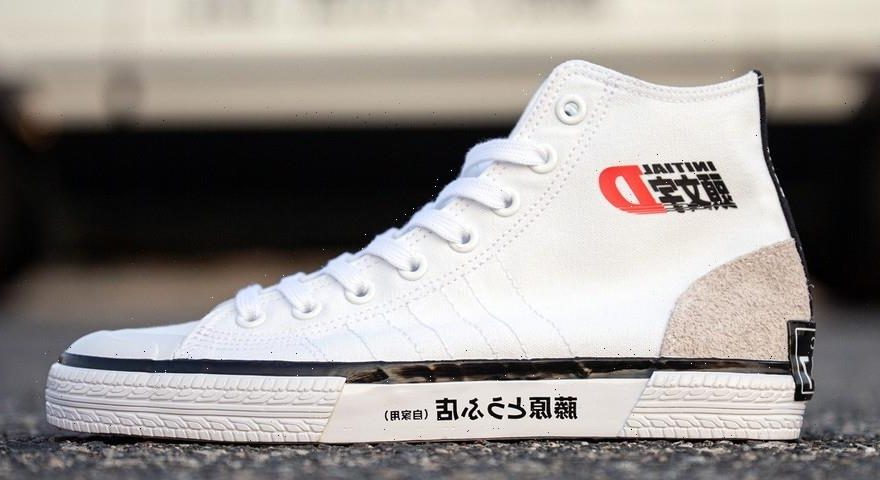 Most adidas Originals collaborations tend to place their most striking details on the upper, but this Nizza Hi’s boldest design motifs are on its midsole. Both front and back bumpers feature a tire tread-inspired pattern, while the midfoot sports a Japanese hit that translates to “Fujiwara Tofu Shop,” an acknowledgment of Takumi Fujiwara’s home. There’s even a black and white tab on the heel that nods to Japanese license plates.

Moving up top, the upper is constructed of white canvas, bolstered by a white rubber toe bumper and a sandy tan suede heel piece. A full-color Initial D graphic on the lateral side of the collar adds a touch of red into the mix and black heel seams sport a BAIT logo. A finishing touch is supplied by the insoles, which show an original manga drawing of Fujiwara’s AE86. A set of t-shirts and hoodies with Initial D graphics — both new and from previous collaborative efforts — accompany the shoes as well.

For more news regarding upcoming sneaker releases, be sure to check out the latest installment of HYPEBEAST’s weekly Best Footwear Drops series.
Source: Read Full Article