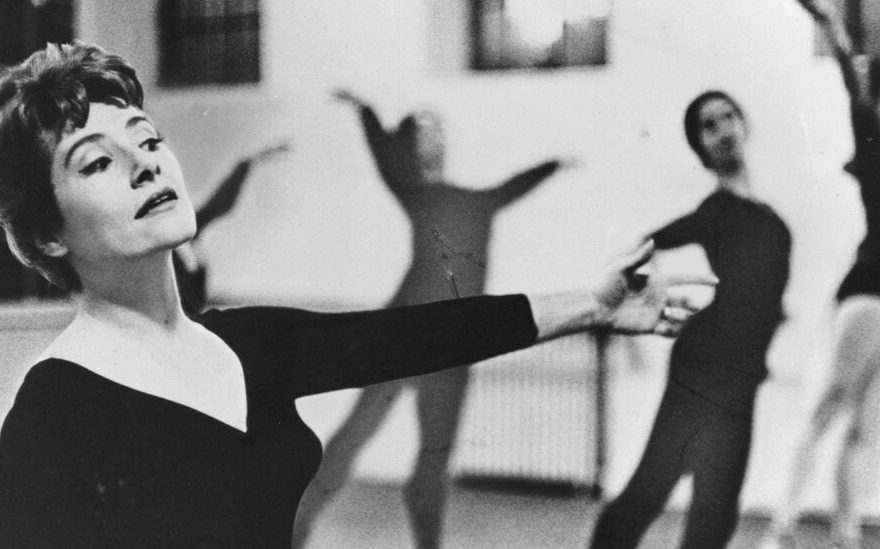 Barbara Weisberger, who founded the Pennsylvania Ballet in Philadelphia with a steadfast vision that transformed the troupe into a nationally acclaimed company, died on Dec. 23 at her home in Kingston, Pa. She was 94.

Her death was reported by her family.

Originally trained in ballet in New York and Philadelphia, young Barbara, like many children, loved studying dance but never had a career as a dancer in a professional company. Instead, she became an influential ballet teacher who played an important role in the development of regional ballet in America.

She had also been the first child accepted by George Balanchine in the school he opened in Manhattan in 1934. It was a link that was renewed after her family moved to Wilkes-Barre, Pa., where she opened a ballet school in 1953 and attended seminars that Balanchine organized for teachers associated with small community troupes.

Ms. Weisberger went on to establish another school, in Philadelphia, in 1962 and the Pennsylvania Ballet the following year. By 1974, the company was, as Clive Barnes wrote in The New York Times that year, “absolutely one of the best troupes in the country.”

Ms. Weisberger’s time as artistic director, ending in 1982, was a tour de force. She combined a focus on works by Balanchine, the Pennsylvania Ballet’s official adviser, with an openness to works by an eclectic range of other choreographers. 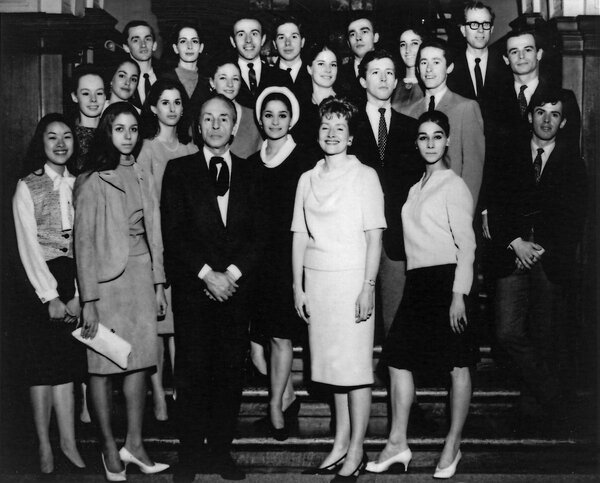 In the same period, Antony Tudor, the king of psychological ballet, restaged his passionate dance-drama “Jardin aux Lilas” for the Pennsylvania company. Reviewing a 1967 performance, Mr. Barnes praised the “sensitivity” of Tudor’s staging, adding that “the dancers repay the compliment with an almost touching sense of dedication.”

Ms. Weisberger started her Philadelphia company with only a few students from the Wilkes-Barre school. They included Rose Marie Wright, who later became a lead dancer with Twyla Tharp’s modern-dance troupe, Roseanne Caruso and Robert Rodham, who also served as a choreographer and then the company’s ballet master after dancing in the New York City Ballet.

The troupe appeared often in New York in the 1960s and ’70s, usually at the Brooklyn Academy of Music and at City Center in Manhattan. Public television gave it national exposure with its series “Dance in America.”

It also performed with missionary zeal throughout the United States, touring for one-night stands with one bus for the dancers and another for the orchestra. As Ms. Sandonato recalled in a phone interview, some of the audiences had never seen live ballet performances.

Once, she said, after performing “Concerto Barocco,” a Balanchine signature piece, there was no applause, and none as well for the second and third works on the program. But, she said, after the troupe closed with Balanchine’s “Scotch Symphony,” the audience “screamed and hollered.”

“The audience members told us at the reception afterward that they wanted to be very respectful until the end,” Ms. Sandonato said.

For Gretchen Warren, who joined the company in 1965, the early years had their minor perils. During one outdoor performance, she said, the dancers found themselves dancing over small frogs on a makeshift stage in a cow pasture.

But there were also major delights. She was gratified, she said, that Ms. Weisberger preserved choreography that Balanchine, to the regret of some fans, later modified in his own company, the New York City Ballet. One example was the Arabian Dance from his “Nutcracker.” “I did a languid solo, danced at half-tempo as it was done originally,” Ms. Warren said.

Yet Ms. Weisberger did not want the Pennsylvania Ballet to be a copy of the New York City Ballet, Ms. Sandonato said. “Balanchine talked about where to place an accent and how to do a plié,” she said. “But we had individual qualities, and he allowed for that.”

Barbara Linshes was born on Oct. 28, 1926, in Brooklyn to Herman and Sally (Goldstein) Linshes, who were in the clothing business. The family moved to Wilkes-Barre in 1940, and Mr. Linshes managed a well known store there, the Paris Dress Shop.

When Barbara was 5 and still living in Brooklyn, her mother enrolled her in a local ballet school run by Marian Harwick, who had danced with the Metropolitan Opera. Thanks to Ms. Harwick, Balanchine, newly arrived from Europe and little known in America, accepted 8-year-old Barbara as the first child in his School of American Ballet. Three years later, she switched to the Metropolitan Opera ballet school.

Coincidentally, this was the period when Balanchine was engaged to choreograph new ballets and opera productions for the Metropolitan Opera. Again, Barbara came to his attention. “I was in all his ballets at the Met — anything that could use children,” she told an interviewer.

Along the way, she studied as a teenager at the pioneering Littlefield ballet school in Philadelphia, attended the University of Delaware and graduated from Penn State. While directing her school and a student company in Wilkes-Barre, she became a leading figure in the National Association for Regional Ballet.

Ms. Weisberger founded the Pennsylvania Ballet in Philadelphia because she thought that the city could better support a professional company. Yet she retained her ties to the Wilkes-Barre area, spending every weekend there with her children.

She married Ernest Weisberger in 1949. He and his younger brother founded a company that manufactured custom kitchens. He died in 2013 at 94.

In 1972, Ms. Weisberger invited the American choreographer Benjamin Harkarvy, who had worked in Holland, to be her associate director and then artistic director, alongside her as executive artistic director. But after struggling financially for years, they faced a hostile board. Ms. Weisberger and Mr. Harkarvy submitted their forced resignations in 1982.

Rather than start up another company, in 1984 she initiated the Carlisle Project, an innovative program in Carlisle, Pa., to develop choreographers; she headed it until 1996.

Asked over the years about her lasting allegiance to Balanchine in the Pennsylvania Ballet, she would reply that it was “an influence sought, not imposed.”