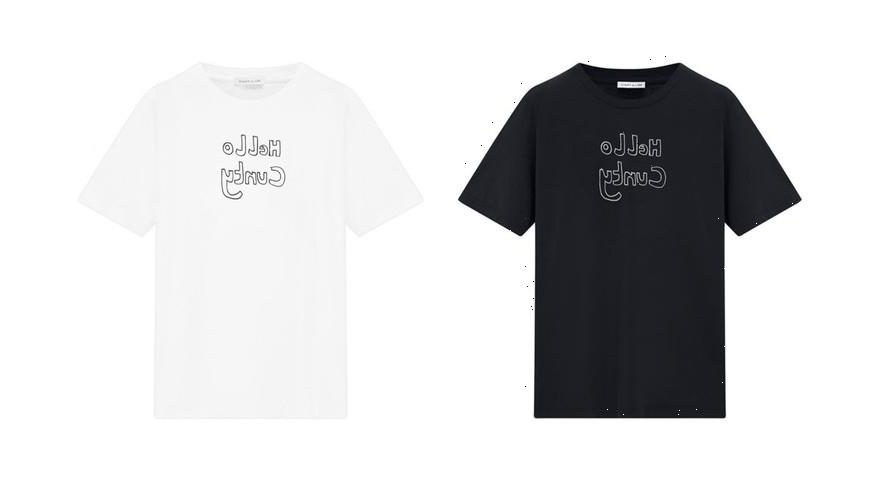 Bella Freud — the daughter of world-renowned British painter Lucian Freud — has partnered with Sotheby’s to commemorate the infamous Colony Room Club in London’s Soho neighborhood, with an exclusive T-shirt design.

The most notorious private member’s haunt frequented by top-shelf 20th century artists and writers, the Colony Room Club existed as a hub for London’s counterculture and a home to Lucian and several other visionaries including philosopher Francis Bacon, painter Frank Auerbach and artist Damien Hirst for over four decades. Commemorating her father’s affinity for the exclusive lounge, Bella has crafted a rather explicit T-shirt with text reading, “Hello Cunty,” nodding to the club owner’s famous greeting line.

Delving into the design’s inspiration, Bella recounts her first experience at the the Colony Room Club with her father when she was 14 years old. “We walked up the grungy staircase and into a dimly lit room where I immediately felt extremely self-conscious as the eyes of various ancient drunks swiveled in my direction,” she explained.

“My father offered me a cigarette, a Gauloises with no filter if I remember rightly; he asked me what I wanted to drink. I decided to try a vodka and lime as it was what my best friend at school had told me she had drunk in her local pub,” she continued.

“The founder and owner of the club was a lesbian called Muriel Belcher, famous for her scathing and brilliantly funny pronouncements. Muriel greeted her favorite Colony members with the phrase, ‘Hello Cunty’ on their arrival. She referred to everyone as ‘she,’ regardless of their sex. Francis Bacon was the person she adored more than anyone and he was known as ‘Daughter.’”

Immortalized in a Sotheby’s-backed collaboration, Bella’s “Hello Cunty” T-shirt will be available to purchase at Sotheby’s Bond Street store on June 21 and on the brand’s webstore beginning June 23.

In another collab, YEEZY and GAP debuted “Floating Projections” of its inaugural Round Jacket atop popular landmarks in New York City, Los Angeles and Chicago.
Source: Read Full Article