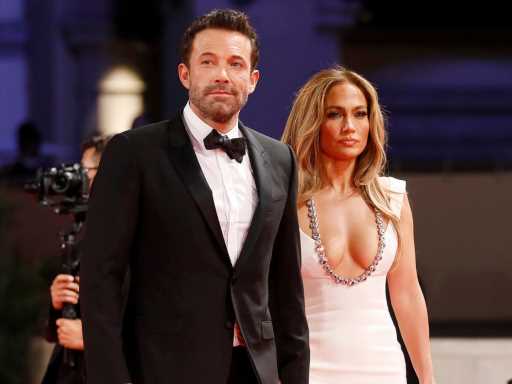 Ben Affleck and Jennifer Lopez first met on the set of Gigli in 2002 — a big and complicated year for Lopez romantically after she married second husband Cris Judd in Sept. 2001. (Affleck, at that time, was off-and-on dating Gwyneth Paltrow.) Lopez filed for divorce from Judd in 2002 and made her couple debut with Affleck soon thereafter. In November 2002, they got engaged and released the famous “Jenny on the Block” music video in which they co-starred, and for nearly a full year, the world belonged to Bennifer. Like the cicadas, Bennifer can only emerge once every 17 years. And in 2003, disaster struck.

Things still seemed hot and heavy for Affleck and Lopez up until days before their Sept. 2003 nuptials, when they released a last-minute announcement that the big day was off — sadly, not the last hotly-anticipated wedding Lopez would call off in the public eye. In January 2004, the couple confirmed that they were going their separate ways. And six months later, Lopez married Marc Anthony in a secret ceremony, to whom she stayed married until 2011.

Star-crossed lovers Affleck and Lopez maintained nothing but admiration for one another throughout all these years apart, and in 2021, amid Lopez’s sad split from ex-fiancé Alex Rodriguez, they’ve once again crossed paths, first spotted hanging out around Los Angeles, then reportedly leaving the Vax Live filming together to vacation at a resort in Big Sky, Montana. Soon after the world exploded over the news, everyone’s hearts stopped when they announced the return of Bennifer: Bennifer 2.0.

Ever since they reconciled in April 2021, they’ve been seen smooching and cuddling at a bunch of their movie premieres. They don’t care who’s watching, they just want the world to know they’re back and better than ever. Not only have they been adorable eye candy at each other’s events, but throughout 2021, they kept taking many steps with one another. First came meeting each other’s kids, then they made headlines when news broke that they were spending Christmas together, and ever since, they’ve been traveling to a new country nearly every month.

However, the biggest news of 2022 broke when Bennifer 2.0 put a ring on it again. Lopez uploaded a beautiful, teary-eyed video to her web page, confirming she and Affleck were engaged and showing off the glittering green engagement ring Affleck gave her. Now, we’re daydreaming about the obviously extravagant wedding in the works. Until then, let’s take a look back at the best pics of Bennifer and Bennifer 2.0 below.

A version of this article was originally published in May 2021.