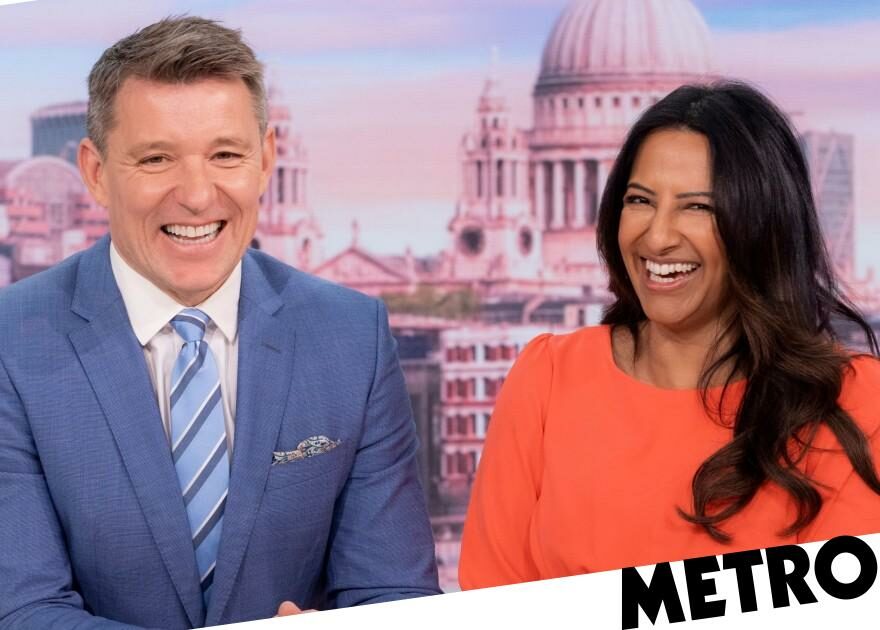 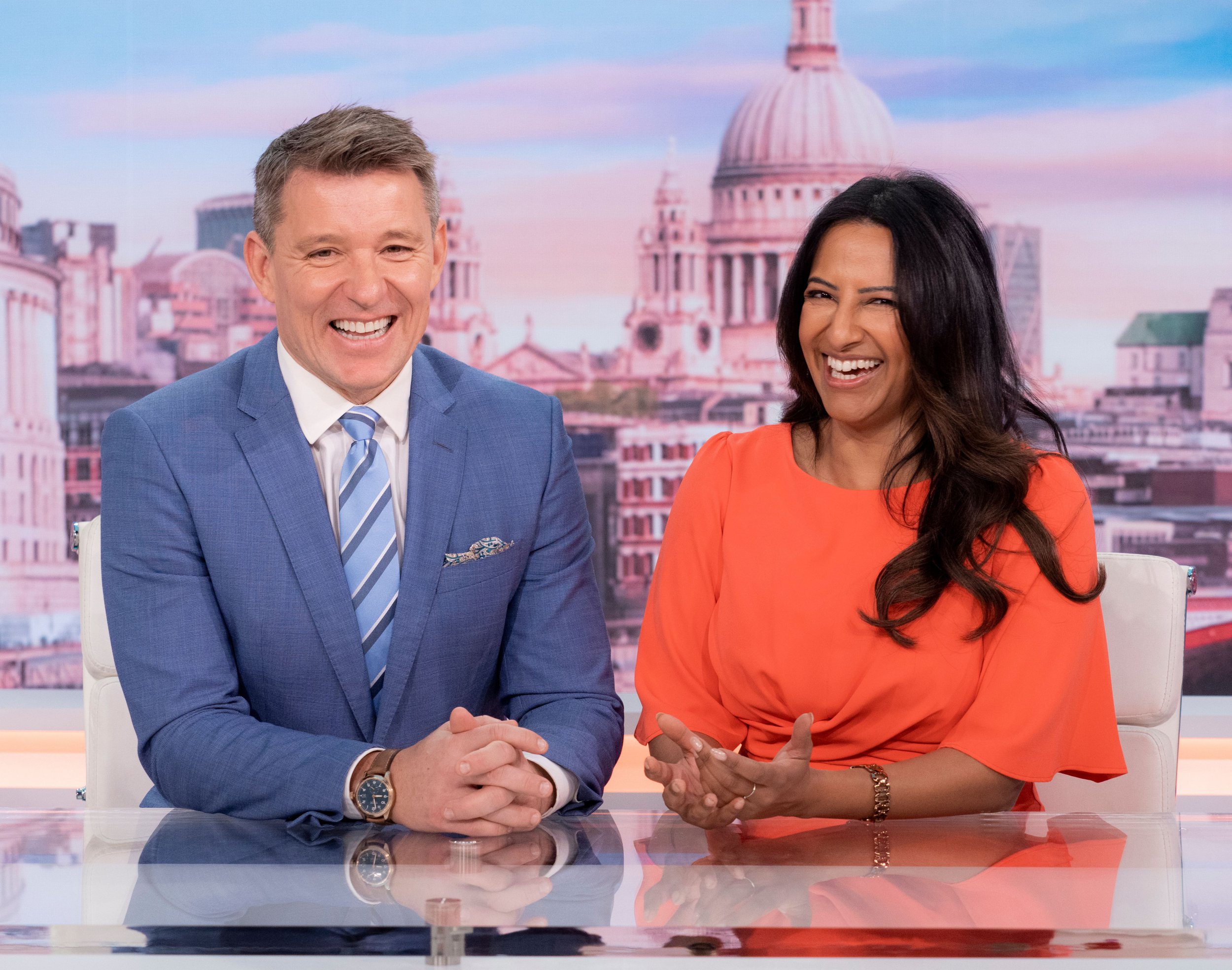 Ben Shephard and Ranvir Singh were left giggling after he accidentally suggested a rather rude celebration to mark Wales’ World Cup game today.

The Dragons are facing Iran in an early 10am kickoff this morning with schoolkids across the country being allowed to watch it with their classmates, and Ben was trying to suggest there could be some grown-ups skiving to enjoy the match.

‘There’ll be babies in nine months time,’ she laughed.

Wales and England both continued their Qatar World Cup campaigns today, with Wales at 10am before Gareth Southgate’s Three Lions take on the USA.

Meanwhile, the Football Association of Wales has revealed it’s had reassurance from FIFA that fans will be allowed to take rainbow-coloured clothing and flags into the stadium, with the policy applying to all World Cup venues.

Ben’s pal Chris Moyles is sure to be tuning in after being voted out of I’m A Celebrity… Get Me Out Of Here! in Thursday night’s episode, and the keen football fan will be enjoying being back from camp.

‘Chris Moyles, latest to leave, which I’m devastating about. Good friend of mine,’ Ben said. ‘He’ll be making the most of his time out… He can watch the football!’

The radio DJ became the sixth person to be eliminated from the reality show and previously said he felt ‘ready’ to head home, but was raging when the time actually came, for one reason in particular.

‘I’m gutted that Matt Hancock is more popular than me. What the bejeezus is going on?’, he asked in his exit interview, and quipped: ‘Also, can we fly through this because I wanna get my girlfriend’s outfit on camera to put it through expenses.’

Good Morning Britain airs weekdays at 6am on ITV1.