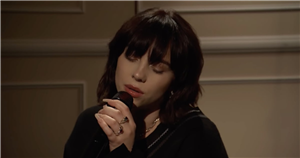 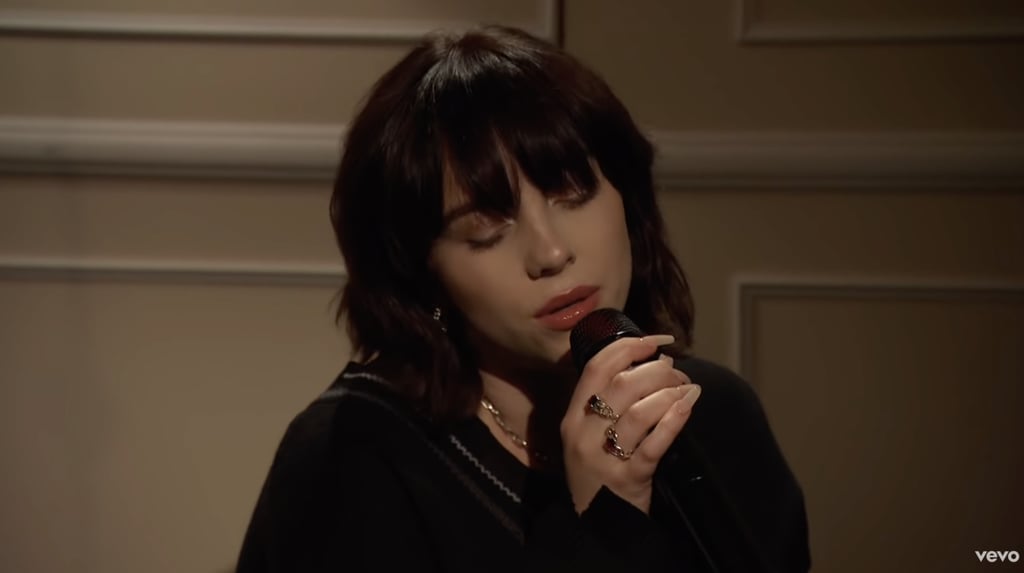 Fresh off her new music video, “Male Fantasy,” Billie Eilish brought her unique style to Studio 8H during Saturday Night Live‘s Dec. 11 episode. The 19-year-old pop prodigy performed “Male Fantasy” as well as the titular track off her sophomore LP, Happier Than Ever, which is up for album of the year at the 64th annual Grammy Awards. Dressed in a baggy black sweater and jeans, Eilish confirmed her punk status during her “Happier Than Ever” performance, which started off acoustic before it rose to an electrifying crescendo. For the melancholic “Male Fantasy,” Eilish’s heartbreaking falsetto took center stage, leaving us deep in our feelings.

Eilish’s performance comes just days after her brother and creative partner, Finneas O’Connell, revealed to Rolling Stone that her third studio album is already in the works. “We’ve got the net in the ocean, and we’re picking up detritus,” he said. “And then you sift through all that, and you pick out the treasure, and then you have an album. I’m really excited. I think we’ve got a lot to say.”