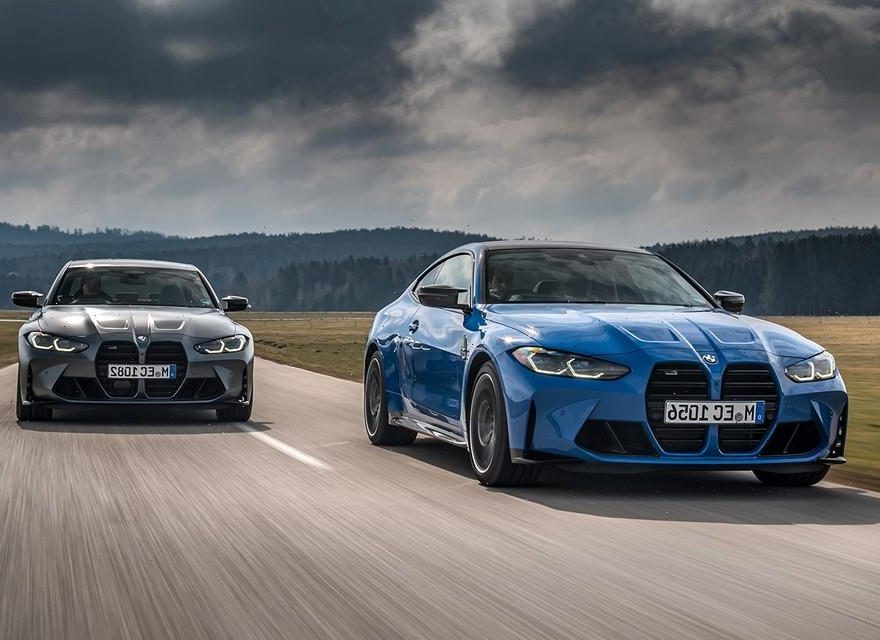 BMW unveiled its divisive new M3 and M4 series back in September 2020, and within that announcement, it noted that future models — specifically the hardcore Competition variants — will come with its proprietary xDrive system. Now, the German marque has confirmed this, showcasing the M3 Competition sedan and M4 Competition coupé.

The high-performance models are only expected to become even more precise and powerful thanks to the inclusion of BMW’s xDrive system, which is essentially AWD. Now, all 510 HP derived from the turbocharged three-liter in-line six engine will be sent to all four wheels via an eight-speed M Steptronic transmission with Drivelogic, using technology to send power to the wheel(s) that need it the most.

By dividing the power between each wheel, BMW’s xDrive creates a more balanced and poised drive that enchances stability, agility, track-driving dynamics and traction. The result is a 0-60 MPH time of just 3.4 seconds in both Competition cars, despite both gaining around 100lbs in comparison to the RWD offerings.

Of course, AWD is not for everyone, so BMW has equipped the new models with drive modes that allow you to choose from a default xDrive setting to one that still drives all four wheels, but leans more towards the rear bias. If this is still not your thing, you can switch into RWD only, or opt for a standard M3 or M4.

Lastly, the new models will come with optional extras including the M Drive Professional package which fits the car with a lap timer and a “Drift Analyzer” mode, as well as M Compound brakes (with red or black calipers), M Carbon Ceramic brakes, and the M Driver’s package that boosts the top speed to 180 MPH.

Take a look at the BMW M3 and M4 Competition models above, and expect them to show up on roads from this July. Find out more on BMW’s website.