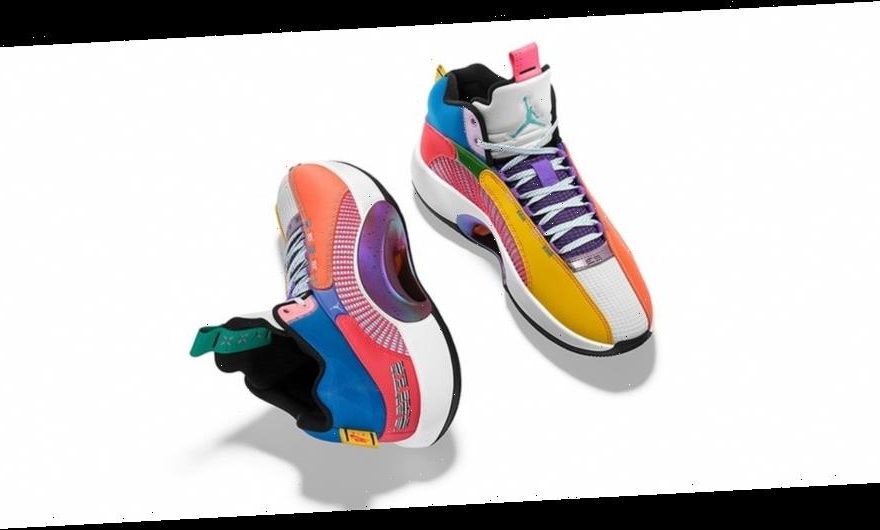 Since 2003, Carmelo Anthony has been a valued member of Jordan Brand‘s basketball roster. And for this season, the Jumpman team has crafted the former All-Star with a plethora of special footwear pieces, the latest being this Air Jordan 35 “Kiyan” PE which is inspired by his son’s favorite colors.

Taking a much more playful approach in comparison to his “Carmerlot” variation that was inspired by his affinity for wine, this makeup taps into various regions of the color wheel to fill in its base layer. On the lateral side, the overlays split between a potent orange in the forefoot and a punchy red towards the rear, the latter of which hosts his son’s moniker in black and white font. Moreover the cables that arch across the mid-foot also come submerged in red, while the oversized Eclipse plate that sits below is given a coating that shimmers with purple iridescence. Medial side keeps the colorful aesthetic going by splashing yellow on the forefoot, red in the back and forest green in the space that sits just between the two overlays. Ripstop layering that makes up the throat is dyed with a muted purple and complemented by pink eye stays and a teal Jumpman hit on the tongues.

Anthony was already spotted on the hardwood rocking these in the Portland Trailblazers‘ most recent game against the Phoenix Suns where they unfortunately fell short in a 127-121 loss.