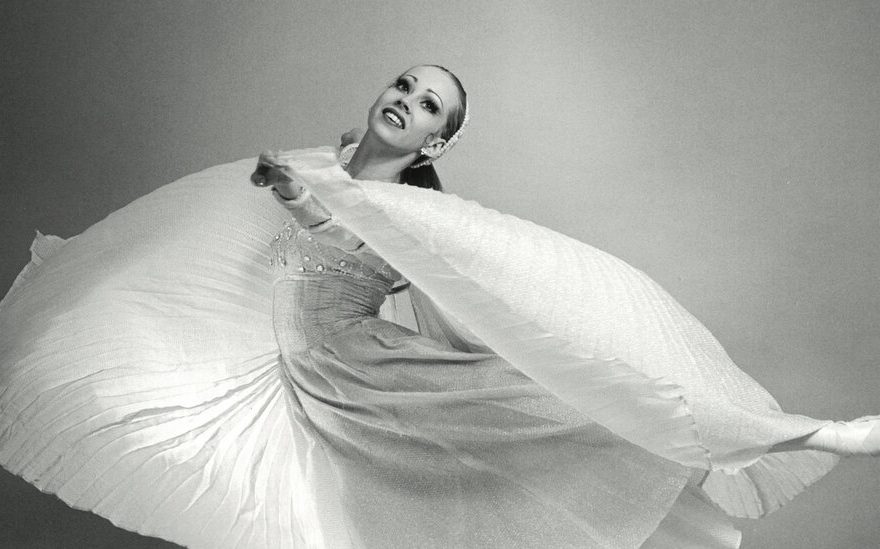 Charlene Gehm, a dancer who thrilled audiences and critics alike with her excellence in an unusually wide range of roles with the Joffrey Ballet and other troupes, died on Jan. 10 at her home in Manhattan. She was 69.

Her husband, Gary MacDougal, said the cause was cancer.

Audiences who saw Ms. Gehm perform in the Joffrey from 1976 through 1991, when it was based in New York (it is now in Chicago), knew she could give as good as she got while being yanked, dragged and thrown around in the combative, knockdown duets of William Forsythe’s “Love Songs.”

By contrast, she was an expert in stillness, minimalism and archaic-profile poses when paired with Rudolf Nureyev, as guest artist, in the Joffrey’s 1979 landmark revival of Nijinsky’s “L’Apres-Midi d’un Faune.” He was the mythical fawn, and she was the marvelously deadpan nymph who aroused him.

In “Les Patineurs,” by the English choreographer Frederick Ashton, Ms. Gehm could show off her strong classical technique; in his “Wedding Bouquet,” her gifts as a witty comedienne were on display. As Jennifer Dunning wrote in The New York Times, Ms. Gehm’s performance as a tipsy wedding guest could make one laugh even while appreciating its “subtlety, grace and a touch of the bittersweet.”

Earlier, in the 1970s, as a member of the National Ballet in Washington, she danced in a variety of other works, including George Balanchine’s ballets, a production of “The Sleeping Beauty” and a version of “Cinderella” choreographed by Ben Stevenson, her early mentor. Along the way, Jerome Robbins, who had seen her in his works for ballet companies, hired her to perform in the 1980 Broadway revival of his musical “West Side Story.”

For all her success in different styles, Ms. Gehm (pronounced with a hard G) had her own distinctive stage presence. A willowy blonde, she was, in Mr. Stevenson’s words, “gorgeous,” carrying herself “not like Marilyn Monroe but Grace Kelly.” For Mr. Stevenson, Ms. Gehm’s versatility was a perfect fit for the new, small American troupes of the 1960s and ’70s.

As co-director of the Washington Ballet with Frederic Franklin, Mr. Stevenson needed dancers “who could do everything,” he said in a phone interview, adding, “I had only 28 dancers.”

Ms. Gehm was “very valuable and choreographers always wanted to use her in the new ballets,” he said. “She was a good classical dancer with a secure technique and beautiful line, a soloist rather than a prima ballerina. She had a very positive personality.” 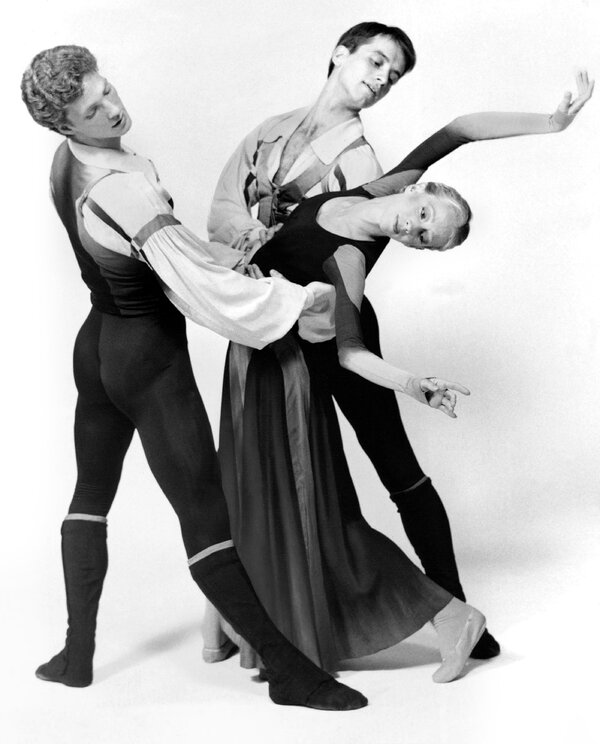 Denise Charlene Gehm was born on Dec. 14, 1951, in Miami to Verna Mae (Wiley) Gehm and Charles William Gehm. Her mother was a waitress who became a caterer, and her father was a high school chemistry teacher. Their older daughter, Jeannie, died at 18 in a car accident in 1962.

At age 6 Charlene was enrolled locally by her mother in the Marion Lorraine Dance School, which taught different genres. By the time she was 8, a booking agent had arranged for Charlene to perform in evening shows at Miami’s tourist hotels. Her mother made costumes for her acrobatic routines, and her father created the props. In one act, she was a sea urchin arising from a shell; in another, she was a jockey on a horse jumping over small hurdles. The music came from her mother’s record player.

Charlene also studied ballet with the nationally known teachers Georges Milenoff and Thomas Armour. Awarded a scholarship to the Harkness Ballet School in New York, she began her professional career in 1969 with the Harkness Youth Dancers, directed by Mr. Stevenson. Funded by a patron, Rebekah Harkness, the troupe was transformed into the Harkness Ballet.

In 1971 Ms. Gehm followed Mr. Stevenson to the National Ballet, which closed in 1974. Ms. Gehm spent that year with the Chicago Ballet, where Mr. Stevenson was briefly co-director with Ruth Page. After appearing with the Ballet de Caracas in 1975, she joined the Joffrey.

She married Mr. MacDougal in 1992; A business executive, he was a general director of the New York City Ballet, active in the Republican Party in Illinois and appointed to various posts by President George Bush, including as a U.S. delegate to the United Nations. They also had a home in Chicago.

In addition to her husband, Ms. Gehm’s survivors include her stepsons, Gary MacDougal Jr. and Michael MacDougal.

After retiring from the Joffrey Ballet in 1991, Ms. Gehm received a bachelor’s degree in arts administration from New York University. Interested in medieval studies, she received a master’s degree in the subject at Columbia in 1998, her essay titled “History of the Stained Glass at Canterbury Cathedral.” She also became involved in the scholarship programs of the MacDougal Family Foundation, where she served as president.

After Mr. MacDougal became founder and chairman of the Bulgarian-American Enterprise Fund in 1991, an American government program to promote free markets in Bulgaria — it is now called the America Foundation for Bulgaria — Ms. Gehm accompanied Mr. MacDougal on 25 trips to Bulgaria, focusing on visiting families in the Roma population receiving aid from the foundation. Sometimes she took part in ballet classes at the Bulgarian National Ballet to remain in form.