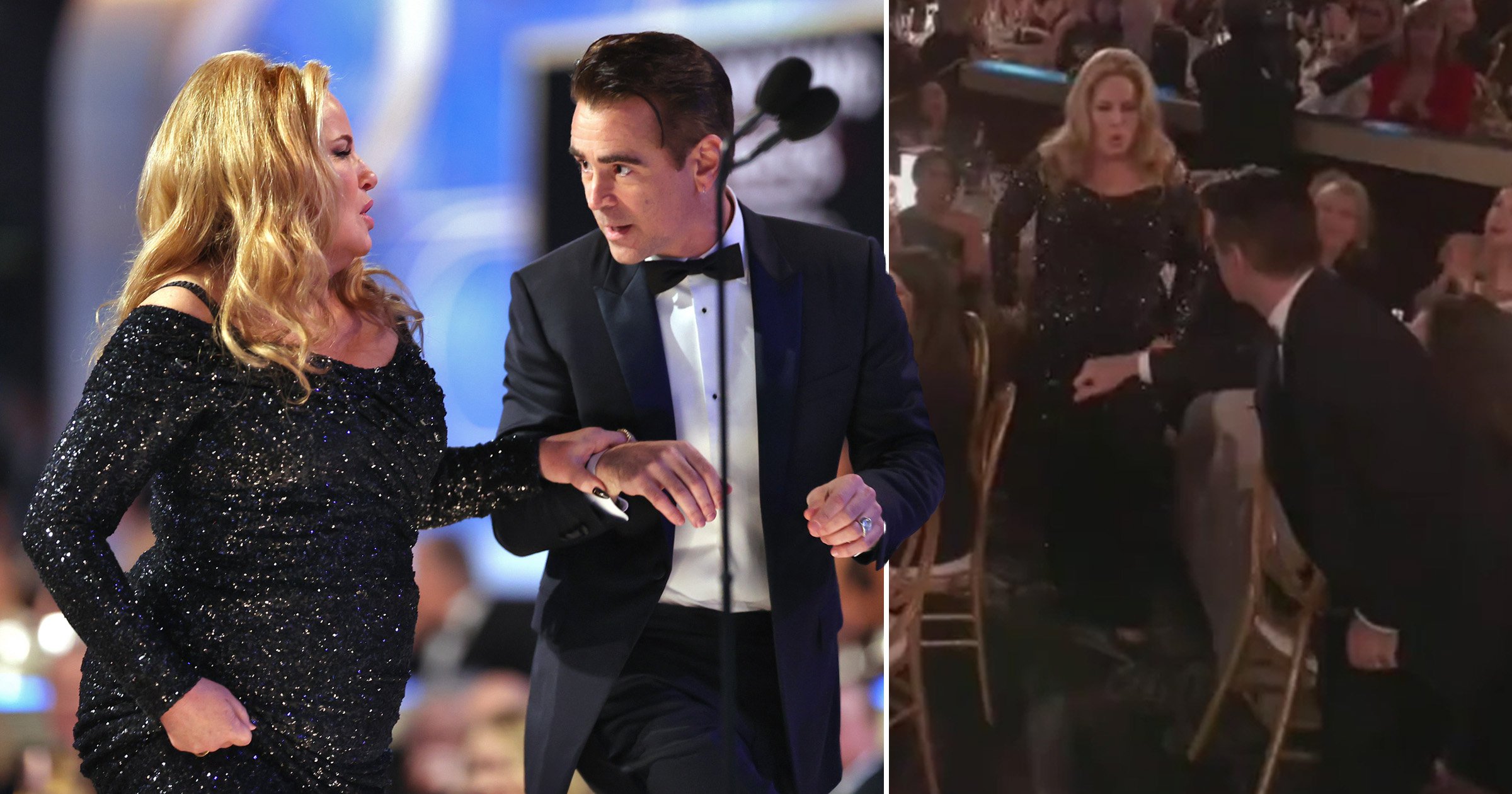 Hollywood’s favourite gentleman Colin Farrell has left fans swooning thanks to his chivalrous actions at the 2023 Golden Globes, when he bounded over from his seat to lend Jennifer Coolidge a helping hand.

Last night’s award ceremony saw a plethora of the biggest names on the big and small screen grace The Beverly Hilton for the extravagant event, with talents including Michelle Yeoh, Austin Butler, Cate Blanchett and Ke Huy Quan scooping up awards.

Jennifer, who’s received widespread adoration for her portrayal of Tanya on The White Lotus, won a Golden Globe for the first time for her performance in season two, sparking laughter with her swear-filled acceptance speech where she also spoiled the ending for season two.

As she stood up to receive her award, the 61-year-old began walking to collect the accolade in her dazzling black sequinned Dolce and Gabbana gown.

Before she reached the stage, she was met by Colin, who’d stood up from his seat at his table with the cast and crew of The Banshees of Inisherin so that he could offer her help up the stairs.

The encounter was all caught on camera, including the fact that the 46-year-old literally stood in front of a man who’s job it was to help the winners up to the stage so that he could be the one to lend assistance.

‘One thing had to do with the music that played at the moment where the shot opens and just seeing her ankles at the edge of the bed. It messed me up so bad.’